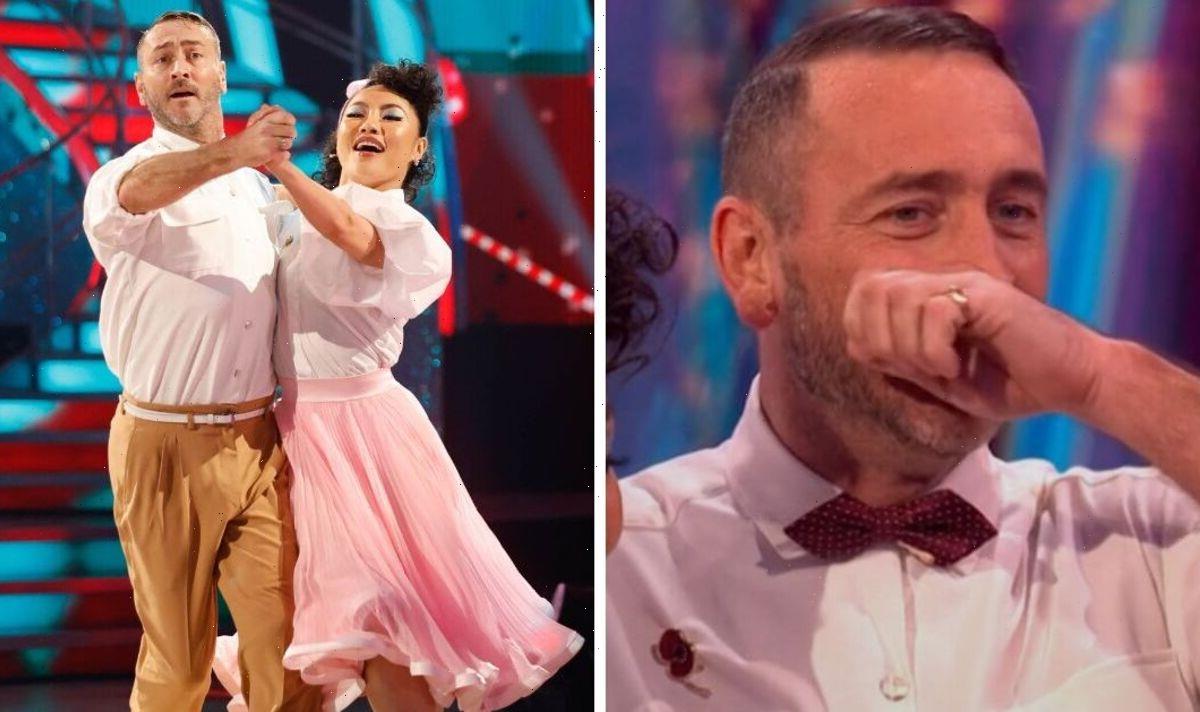 Will Mellor says he is 'knackered' after training for the quickstep

Will Mellor could be ready to hang up his dancing shoes despite receiving positive feedback from the Strictly Come Dancing judges. Will and his dance partner Nancy XU have gone from strength to strength during the BBC competition, despite his suffering from the flu for one week. However, body language expert Darren believes the actor could be ready to leave the show.

Speaking on behalf of Betfair Bingo, Darren said Will might be ready to go home.

He began: “I do not believe that Will is enjoying the competition as much as he was in the early stages, where he perhaps did not have to work so hard.

“I’ve also seen some changes in his facial expressions. Instead of acting like a joker and laughing, Will has become far more focused in recent weeks.

“I think he is now looking tired and potentially may wish for his time on the show to come to an end.

“I do not see the passion in his eyes where he believes he can go all the way to the final.”

The expert added: “Although he worked very hard this week and got some positive feedback, I don’t believe Will has the required tenacity and fire in his belly to fight to make it through to the final.”

Will and Nancy received mixed reviews from the judges on Saturday night, with Craig Revel Horwood branding their routine “heavy”.

Despite the negatives, the judge said: “It has rhythm, the weight changes throughout, It was so entertaining, I really loved it.”

“Craig I agree,” Motsi Mabuse continued: “It was so entertaining I couldn’t take my eyes.

“I felt a bit hesitant in the transition, just tiny pieces there and there.”

Shirley Ball explained: “You’re a very activated dancer, you’re very consistent, so I am going to give you that.

“I thought the same as Motsi, the transitions could be a bit cleaner.

“But other than that you covered the floor well, you move well and you’re invested in what you do.”

The head judge went on to agree with Craig, detailing how he could make his footwork lighter.

Turning to Anton du Beke, he said: “Well done. It was terrific, you covered the floor amazingly.

“Your top line is coming on wonderfully, keep that going. Your left arm is perfect, work on your right arm.”

When it came to the scoring, the judges awarded Will and Nancy 33 points.

Luckily for the duo, they were saved from elimination on Sunday.

Instead, Ellie Simmonds and Molly Rainford landed in the bottom two and had to face the dance-off.

However, the judges chose to save Molly, meaning the Paralympian was sent home.

Strictly Come Dancing returns on Saturday at 6.55pm on BBC One.