Grounded in a profound sense of duty, Palestinian director Hany Abu-Assad has served as the premiere cinematic spokesperson for his people’s plight living under Israeli occupation for over half a century. Presenting a nuanced, yet piercing window into collective impotence in the face of injustice, his films “Paradise Now” and “Omar” received Academy Award nominations, prompting international attention on his inevitably political art.

But in the aftermath of Oscar recognition, the filmmaker tried his hand at a more inspirational tale with “The Idol” and eventually made his English-language debut with “The Mountain Between Us,” starring Kate Winslet and Idris Elba. Now, Abu-Assad has not only returned home, but also to his more tense and taut dramatic sensibilities with “Huda’s Salon,” a layered, edge-of-your-seat thriller about the many perils women face in Palestine. The film premiered at the Toronto International Film Festival last September, and is being released by IFC Films this week.

What begins as a routine hair appointment embellished with harmless gossip for Reem (Maisa Abd Elhadi), a young mother with a jealous husband, turns into a nightmarish scenario when the salon’s owner, Huda (Manal Awad), manufactures compromising images to blackmail her into becoming an informer for the Israeli secret service. Part of a patriarchal society, the women in “Huda’s Salon” are accused and punished for their forced betrayal on all fronts: at home, by their fellow Palestinians who deem them traitors, and by the occupiers using them as pawns.

Speaking from his home in Nazareth, Abu-Assad delved into his interest on this women-centric narrative and reflected on the ongoing occupation and his first foray into Hollywood filmmaking.

The following interview has been edited and condensed for clarity.

IndieWire: When did you first learn about the cases of women being blackmailed in this manner? Did you immediately knew this was a story you wanted to tackle in a film?

But recently when my wife asked me if I had knew of any good, real women stories in Palestine, I told her this and she said, “OK, but what is the story? This is only the article.”  So I went to sleep and the next day I woke up and I had the story in my mind, so I told my wife the outline and she said, ‘”My God, this is you. It’s a thriller and any story you make you make is a thriller, so should do it, not me. You should go and write it.” 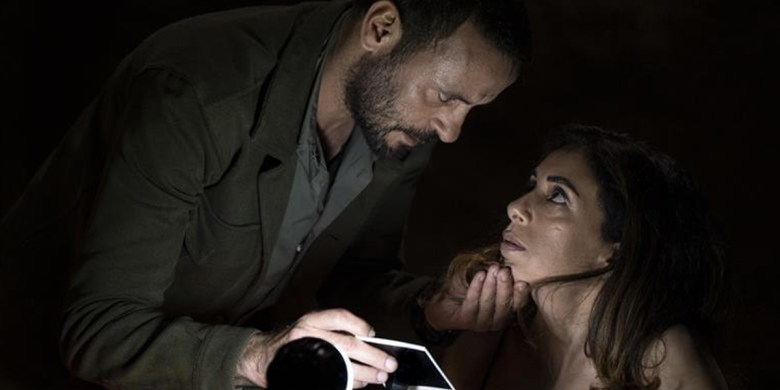 Why did setting the film up as a thriller seem appropriate?

I love this genre and I love this sense of a ticking bomb. I studied this genre very carefully, from the master of suspense, [Alfred] Hitchcock to the French director [Jean-Pierre] Melville with “Le Cercle Rouge” and “Le Samuraï” and all these minimalist thrillers and even the action thriller like [Sydney] Pollack’s “The Firm” and Alan Parker’s “Mississippi Burning,” for example. I believe with the thriller you entertain your audience by putting a ticking bomb somewhere so they are engaged. And through this engagement, you make them think about the theme and about life and about the world, and about what they would do in this situation.

Were you able to meet any of the women that have gone through this horrifying ordeal?

I did not meet any victims, but I met somebody who worked with victims. First of all, I am a man, so it’s not easy for them to talk about it with me. A friend of mine works at a shelter helping women hiding from their abusive husband or from the government. She told me a lot about these women and all these stories helped me shape the characters and give them a texture that it’s real.

Huda is rather complex, she is not a simplistic villain, but a victim forced to become a victimizer. Was she a completely fictional creation or is there truth to this notion that women are recruited to entrap other women?

One of the women who did that, she’s still living and her name is known. She’s hiding somewhere and people talk about her. I never met her, but I asked myself, why would woman help the secret service recruit girls? And I thought most probably she’s also a victim, both of her own domestic abuse and by the secret service too. So the cinematic concept of the film was that what Huda is experiencing is the flash-forward of Reem, the future of Reem, and what is happening to Reem is a flashback of what Huda probably went through.

What did you want to express about the occupation with “Huda’s Salon”?

Our situation as Palestinians is being stuck, whether you are a man or a woman, for more than 70 years. So it’s a metaphor of how almost every Palestinian feels. We did everything to escape the occupation, but still 70 years later, there’s oppression, discrimination, and segregation. They are still preventing us from freedom of movement.

When you talk about the film being a metaphor for how stuck Palestinians feel, what do you think about the extra layer that this entails for women?

Any society should be able to look at their sicknesses in order to progress. Otherwise the occupier will continues using this need for authority by some men and make their woman victims to their blackmail.

I believe this movie can help in the discussion that will allow, hopefully, some men to realize that the need of authority is harming him more than he think in the end. If another wife is victim of blackmail, he will be also continue to be a victim of the occupation because he doesn’t want to lose his misogynist position.

Thinking back 20 years ago to your film “Rana’s Wedding,” which was centered on women, was this early work in the back of your mind at all while making this one?

My first Palestinian movie was “Rana’s Wedding” and the main character was a woman searching for her husband. But after that, all my Palestinian movies were about men till a friend of mine said to me, “All your women characters are interesting and tridimensional, but you stop making them the lead, why?” That’s also when I realized I wanted to do this, I felt like, OK, this is the opportunity now to make a “Rana’s Wedding” again, but now with more experience.

When you started making films in Palestine 20 years ago, were you more hopeful about the possibility of meaningful change or resolution to the conflict?

Yes, I was very hopeful until recently. I feel like for the first time in my life I don’t understand what’s going on in the world. Not just in Palestine, but also with the political situation in the United States. How could a con artist like Trump become the president of the United States? But Trump is not the disease. It’s the symptom. There are much bigger things going on and I have to admit I don’t understand it anymore.

We are destroying this earth by consumption, and still nobody’s doing anything about it. And it’s not the individual who is to blame, but the system. Again, it’s a nightmare to me. Also in Palestine, I feel like I was more hopeful in the past. I wish I had a more positive message. My nature is to be positive, so I believe that this could be an opportunity for humans to use this limbo that we are living in, in order to come up with something better. I’m now more of an observer of things. I was more active in the past. 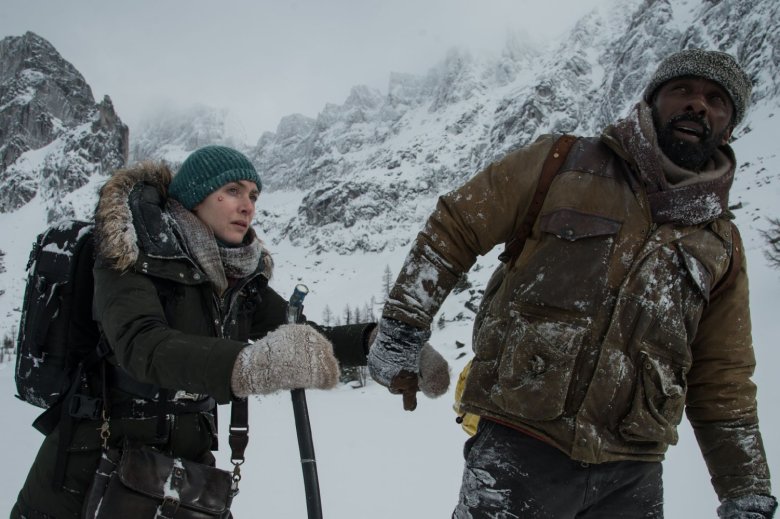 “The Mountain Between Us”

You made “The Mountain Between Us” with internationally renowned talent and presumably more resources, would you consider it a positive experience?

It was a great experience. Working on a studio movie with big stars, I wasn’t worried about anything other than just directing. I really loved it and I learned also a lot from it. But I’m happy that I am ready to go back to the $1 million movies I’m making now, like “Huda Salon,” and still be engaged. Making movies like this is a completely different experience physically, because you have to clean the place and you have to make sandwiches for the crew.

It’s funny, because just two years ago, before I shot “Huda’s Salon,” there were a hundred assistants, helping me on “The Mountain Between Us.” Now suddenly I am the one who will assist everybody, which makes you feel good, because you are not addicted to luxury. I know I’m not addicted to immediate pleasure.

We all love immediate pleasure. We all love luxury. We all love being comfortable, but if you can live without it and still be happy and still be creative, that’s a great satisfaction. It’s a huge satisfaction that I know that I’m not entitled, because when you work under the studio system, you feel very entitled. It’s good for me not to feel entitled and still struggle and make $1 million movies where you have to drive your colleagues to the set, which is true.

Some days on this movie I walked half an hour to the set and that’s great. Both experience are great. I wish every director had the chance to know both.

Are there any projects outside of Palestine that you’re pursuing now, perhaps in Hollywood again?

I’m developing a lot of projects, two projects in Hollywood and three projects in the Middle East. Usually I don’t talk about them because I’m superstitious. But I can tell you that I’ve planned a lot of things in my life and actually nothing happened according to my plan. Something bigger than me decides what I make next.

Do you feel a responsibility to always return to make films in Palestine?

Yes. I still have a place in Palestine. I’m now here in Palestine, in Nazareth, so I see the injustice every day. Since I was young I felt I needed to do something about injustice. I need to be part of this resistance and I’m doing what I can do. I do feel a responsibility to do that.