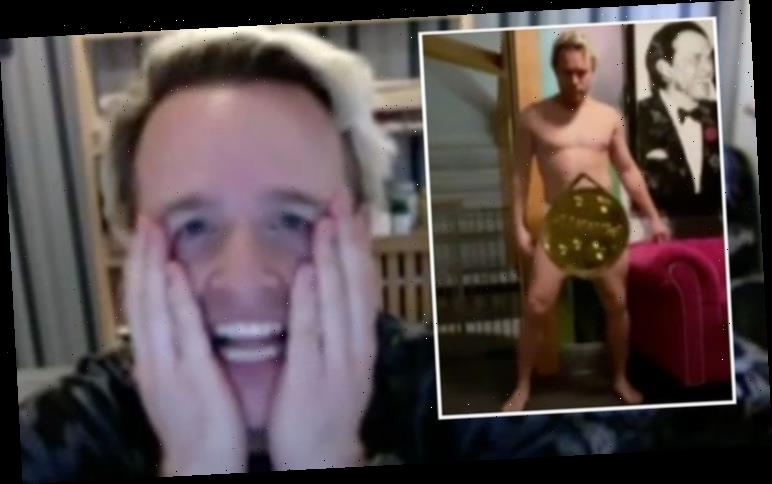 Olly Murs has now won The Voice UK for two consecutive years and is hoping for a hat trick as the latest series is broadcast on ITV. To celebrate his last win, the coach stripped off and danced naked for his fans on social media. But when he was asked about the video, Olly was overcome with embarrassed as Ruth Langsford asked what he would do if he won the series again.

“How would you be so nervous doing that and then you get your kit off at any excuse?” Eamonn Holmes asked after Olly admitted he was nervous about the new series.

“Every time you win this, you’re dancing around the room naked in front of that poor Amelia.

“How can you say to us you’re nervous?”

The This Morning team then broadcast the video Olly recorded to celebrate his latest The Voice UK win which saw him hold a towel in front of himself before dropping it to reveal he was naked. 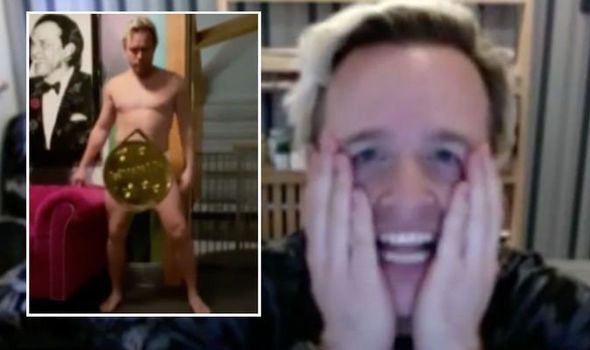 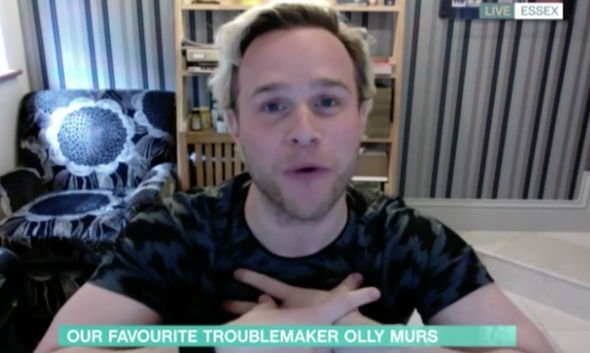 Only a golden medal emoji placed over the video covered his modesty as he danced around in celebration.

“I don’t know!” Olly exclaimed before asking: “Oh why did you have to show this? Please!”

“Why did you have to film it?” Eamonn hit back while Ruth laughed: “You put it out there kid.”

As the trip laughed Olly explained: “The thing is I put it out there and don’t look back. 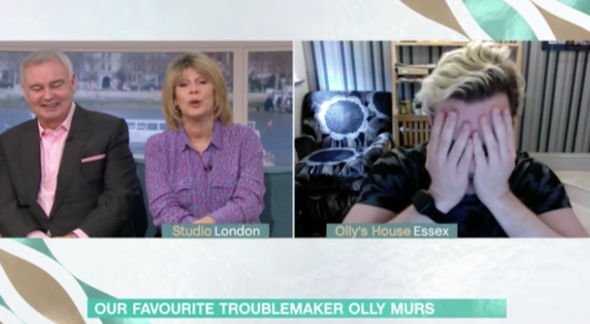 The Voice: Olly Murs puts his fingers in his ears

“I just post it and listen, I’m a man of my word and I did say if I win it for the second year I would do something, so that was the video.

“But when I post it, I never watch it back so it’s quite embarrassing watching that.”

Olly put his head in his hands as he tried to hide his embarrassment over his naked dancing.

“What are you going to do this year if you win? How will you top that?” Ruth asked.

“God knows but hey it would be amazing. The only way I win is if you guys vote,” Olly remarked.

“So if you guys want me to do something crazy when we win again then it’s up to you. It’s our fault for voting.”

Olly completed his team of 10 hopefuls in the final Blind Auditions, which were broadcast last week.

While Olly is hoping to win the series again, new coach Anne-Marie is confident she can triumph.

She told The Sun: “I’m so competitive! I’m determined to stop Olly getting a hat trick, because he’s on for three wins in a row, has that ever been done before?

“So that’s obviously my goal of my whole entire life right now, and I’m going to be dreaming about it and not being able to sleep at the same time.”

As the battle rounds begin this week, viewers will have to see which hopeful the viewers are most supportive of.

The Voice UK airs Saturday on ITV at 8.30pm.