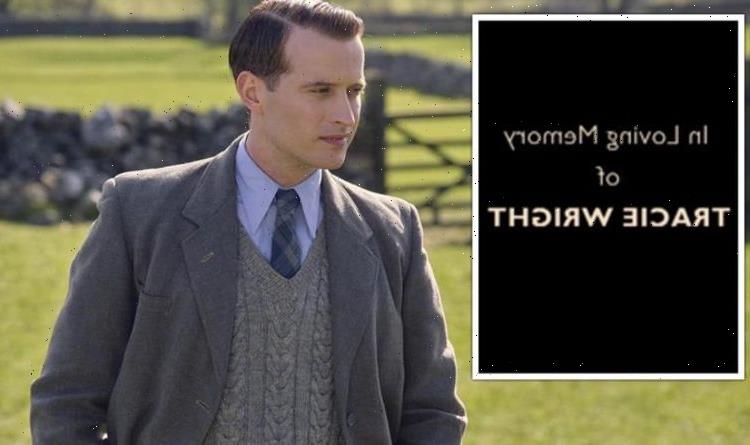 All Creatures Great and Small finally returned on September 16 for a new season on Channel 5. The series once again follows the staff of a 1930s veterinarian practice, specifically James Herriot (played by Nicholas Ralph) after moving from Glasgow in the search for work and a new life. The pilot episode ended with a title card dedicated to Tracie Wright, leaving viewers wondering who exactly the credit belongs to.

Who is Tracie Wright in All Creatures Great and Small?

After a year of waiting, fans finally got to return to the Yorkshire Dales in season two of All Creatures Great and Small.

Picking up where the first season left off, the show is once again capturing the spirit of 1930s and 1940s Britain.

While everything appeared the same during the episode, it wasn’t until the credits when fans noticed a new title card.

The credit read: “In loving memory of Tracie Wright.”

Wright was a producer on the series during the first season, but sadly passed away ahead of season two.

The cause of death is unknown, with Channel 5 not releasing any further details on the matter.

Wright was a successful producer and production manager, having worked on shows such as EastEnders, Anne, No Offence, and Fresh Meat.

Having worked on all seven episodes of the first season, Wright was an integral part of the team.

What will happen in season two of All Creatures Great and Small?

Season two is set just three months after the events of the first season, with James now feeling divided between his new life in Yorkshire and previous life in Glasgow.

Having taken a trip back to his home, he is presented with a dilemma that could mean he will have to choose between the people he loves.

According to the official synopsis: “As Helen and James navigate their feelings for one another, Siegfried, Tristan, and Mrs Hall are also forced to consider their places in the world, while James must decide between supporting his family or following his heart.”

Lead writer on the series, Ben Vanstone recently spoke to Channel 5 about his decision to start season two with James returning to Glasgow.

Vanstone explained: “We wanted to make sure that James’s choice was about more than just his relationship with Helen. It’s also a love story between him and the Dales.

“We made the decision to have James offered a job so we could play out that choice to stay in the Dales. A place he’s come to love and to think of as his new home.”

The new season will see James and Helen’s relationship develop further, but with the distance the pair needs.

There will be a total of six episodes in season two of the series and fans couldn’t be happier for its return.

Taking to Twitter, viewers have been sharing their excitement for the new season now that it has finally dropped.

@DonnaEttles wrote: “Really looking forward to this. One of my favourite programmes is back!”

“We’ve been very excited waiting for series 2 to start. A brilliant programme with a fantastic cast,” @kevwgs added.

@DebbieBlackma14 commented: “Such a lovely show and joy to have it back!” (sic)