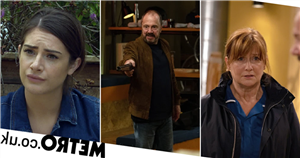 Emmerdale’s shotgun siege is set to get even more dangerous as a new video has revealed that David Metcalfe (Matthew Wolfenden) will be pulled into the deadly situation.

Viewers watched with their hearts in their mouth as Russ waved a shotgun around, demanding that Victoria Barton (Isabel Hodgins) and Wendy Posner (Susan Cookson) hand over the money.

Russ has threatened that they are all alone so by the time anyone comes to help if they try anything, then it will be too late.

Upstairs though, an oblivious David is chucking shapes to some tunes while scanning documents.

He knows how to partay, that guy.

As the new trailer for the dramatic climax of the siege shows, he will soon become aware of what is happening below him.

As he tries to intervene, chaos ensues and the gun goes off – but who has been hit and will they die?

And will Russ get away with the money he is so desperate for?

The altercation has also forced Wendy to make a confession to Victoria – she isn’t actually a qualified nurse.

So, whoever is shot can’t really expect her to be much good for them anyway. 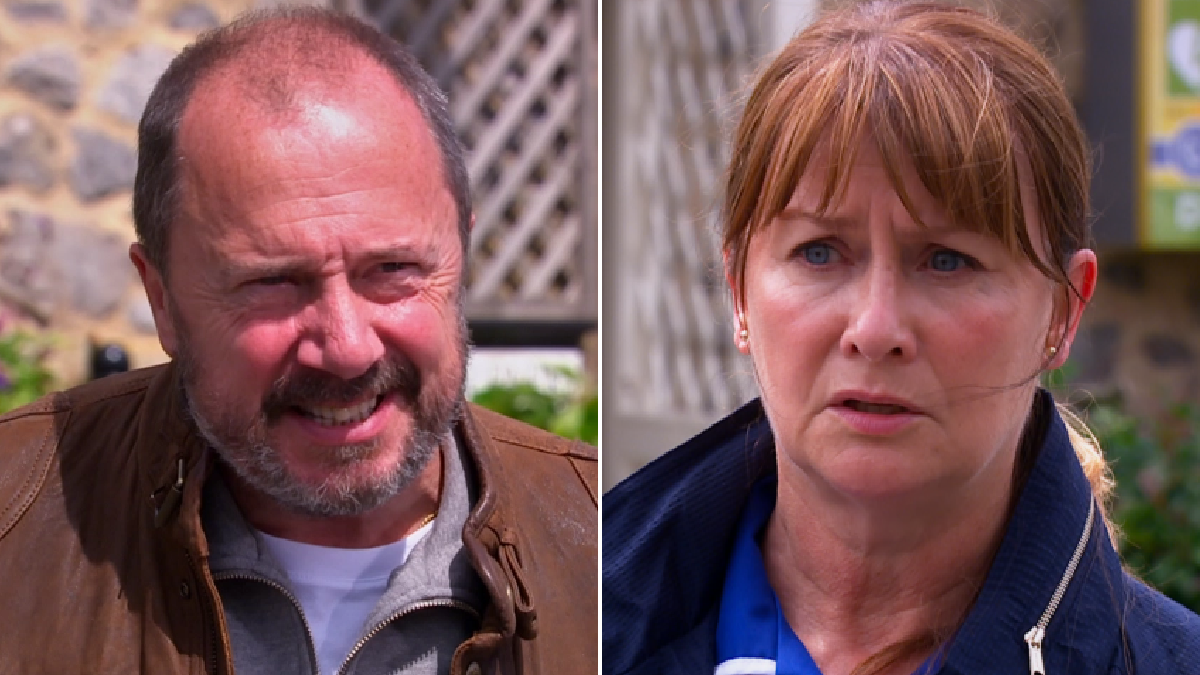 The siege scenes will air across Thursday and Friday as life threatens to change forever for Wendy, Victoria and David.

But what will the consequences be?

Susan recently told Metro.co.uk: ‘Viewers should be very, very worried that a death may be on the cards

‘The fact he is now into armed robbery has really ramped up his level of crime; he wasn’t like that when they were together. The threat is way greater now from him knowing that he’s now into guns.

‘He’s basically saying – get the money back or we go to Plan B. And Plan B is really scary. It’s an impossible situation without getting into why she needs the money. That sets off all the information Wendy doesn’t want anyone access to.’