NICOLA McLean has racked up many reality appearances since making the transition from glamour model to telly star.

But now she's in the headlines for wading into the Rebekah Vardy and Coleen Rooney row. Here's everything you need to know about the mum-of-two… 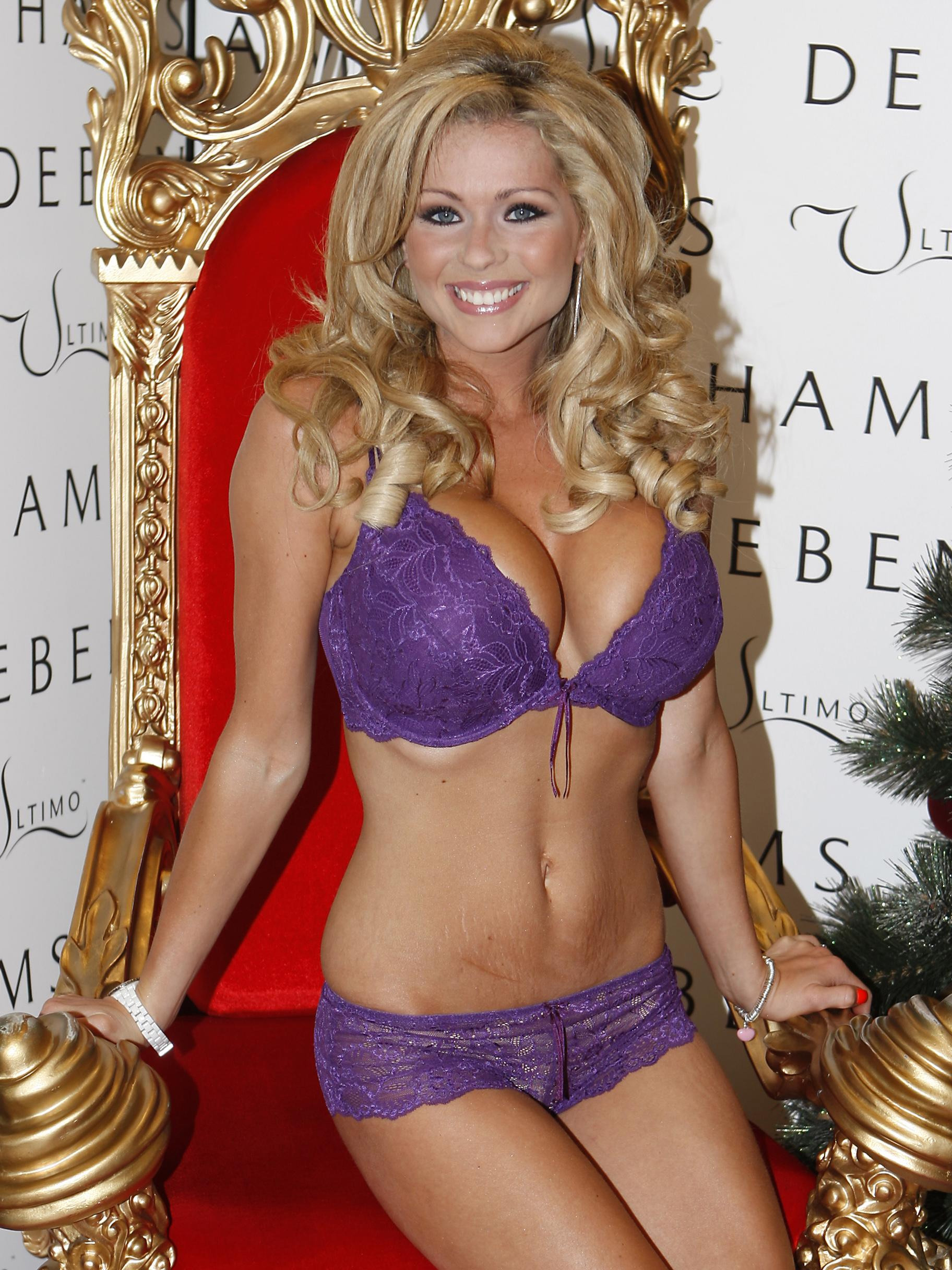 What has Nicola McLean said about the Rebekah Vardy and Coleen Rooney dispute?

Nicola, 38, waded into the Twitter spat where Coleen Rooney accused Rebekah Vardy of leaking personal information to the press.

The former glamour model appeared to be on Team Vardy, as she liked Becky's denial message in response to Coleen's accusations.

And Nicola has been vocal about speaking out in defence of her pal Rebekah, telling This Morning on October 11, 2019:

"We’ve got a pregnant woman here that should not be subjected to this level of abuse."

In an interview on talkRADIO on October 12, 2019 continued her defence, saying:  “Coleen knows what she’s doing.

“She knows what she’s doing by putting that statement out on Twitter, she knew what was going to happen to Becky and she’s sitting back and letting it happen.

“She’s not the one writing these tweets but really she is to blame and she should come out and say it needs to stop.

“We’re talking about a woman who is seven months pregnant. It’s not proven. ‘Wagatha Christie’ proved it was from Rebekah’s account – not fromRebekah [herself].

“So phone Rebekah, have the decency to phone her and say ‘this is coming from your account – was it you?’

“Rebekah would have instantly cleared this up. I know she would have got onto it straight away.

“Instead she decided to go public – and we don’t understand why.

And in the same interview Nicola spilled even more tea when she revealed that Rebekah Vardy had started legal action against Coleen, she revealed:

"Yes, I do think she will go legal. The ball has already started with that.”

Who is Nicola McLean?

Nicola was born in London to Scottish parents in 1981 and has one sister. She later moved to Peterborough.

The stunning blonde rose to fame after modelling for The Sun's page 3 in the 90s, and appeared in the paper regularly between September 1999 and July 2004.

After giving birth to her first child in 2006, Nicola 'retired' from modelling.

She came fourth in a poll for the 'best page 3 girl of all time', beating the likes of Samantha Fox and Katie Price – with whom Nicola has a tense rivalry.

Nicola is an avid supporter of animal charity PETA and protested against Selfridges' 'cruel' use of foie gras in the capital in 2009. 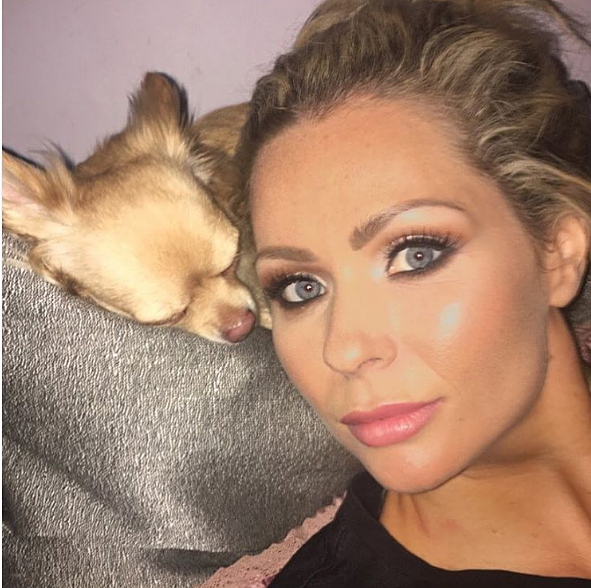 Who is Nicola married to?

In 2016, he signed with Arizona United with the United Soccer League, and he also has one international cap with Cyprus – his mum's home country.

The couple married in 2009 and together have two kids, Rocky, 11, and Striker, seven.

However, the couple briefly split after he cheated on her in a Las Vegas nightclub in 2014 and was filmed getting much too close with a brunette.

The busty babe was very outspoken about her decision, slamming Tom and claiming he would never 'get anyone better' than her.

But the couple reunited in summer 2015 after he re-earned her trust.

Nicola and Tom are currently planning on renewing their wedding vows.

The couple celebrated their eighth wedding anniversary on Tuesday June 13 and Nicola marked the occasion by Instagramming: "Happy anniversary to my @tomwilliams3.

"You might not be perfect but your perfect to me #8years [sic]." 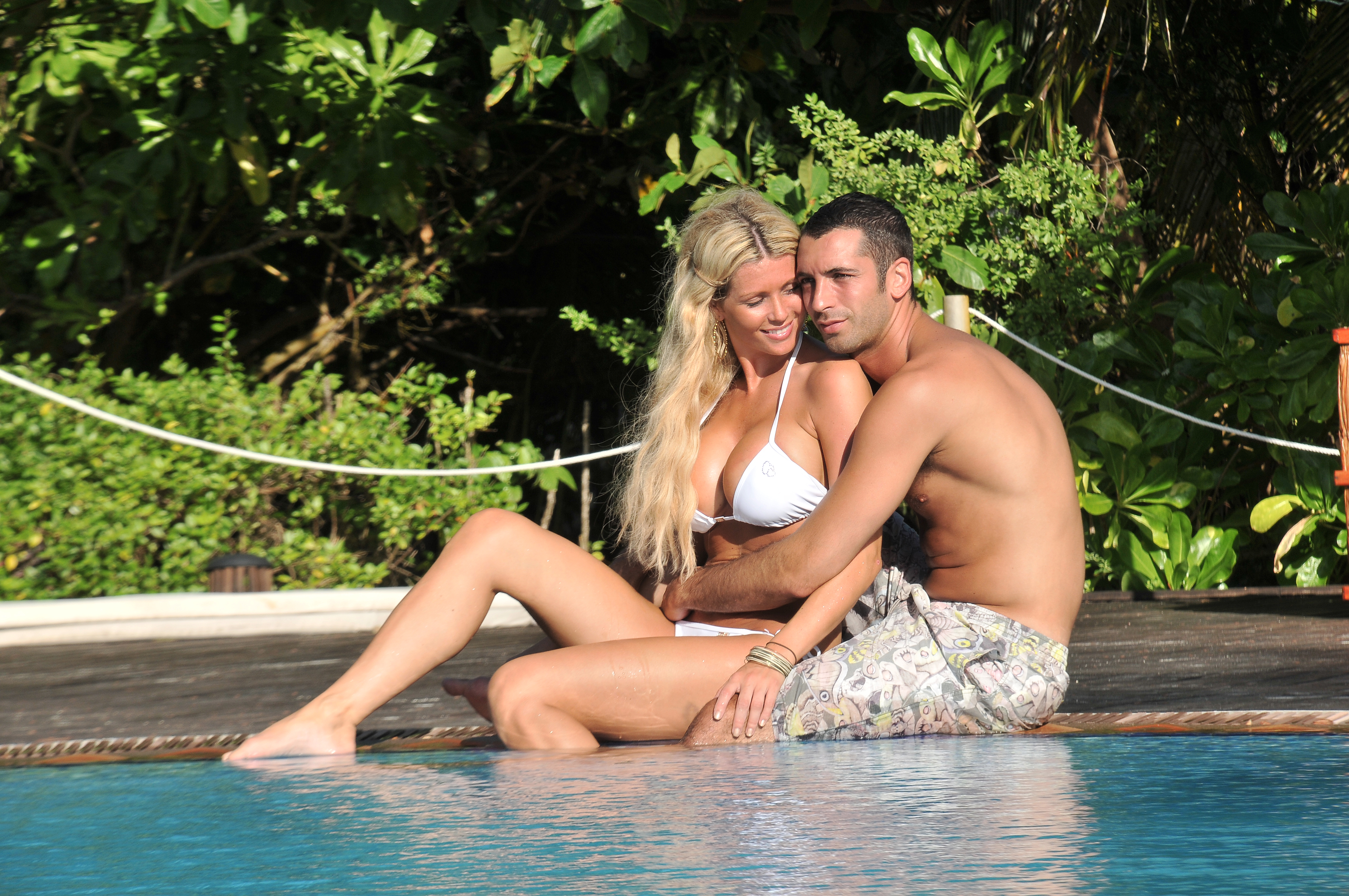 Has Nicola McLean had cosmetic surgery?

Nicola has undergone numerous cosmetic procedures to boost her hefty chest to a 32G cup size and has revealed that they have caused her agonising back pain.

Despite this, she has revealed that she would go even bigger if she could, and told the Daily Star: “My back is terrible, I suffer so badly with my back because of the size of them but I love them.

“I would love them to be bigger because I just think it’s funny and I really love massive fake boobs.”

The blunt star added: “It is painful but it is worth it. I love them.”

What reality shows has Nicola been on?

Nicola has appeared on a string of TV's best known game and reality shows.

In 2008, she featured in Channel 5 documentary Help! I've Got a High Maintenance Wife and has since appeared in WAGS' World… With Nicola McLean on Wedding TV, and Channel 5's Generation Sex.

In 2013, she was the host of Loaded TV's Looser Women, a raunchier version of daytime chat show Loose Women, alongside Towie's Chloe Sims and former BB Aisleyne Horgan-Wallace. 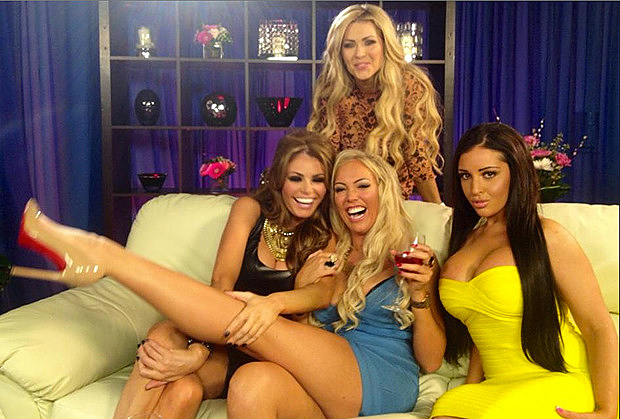 During her time on ITV's jungle show, Nicola was seen frequently rowing with David Van Day.

She eventually came in sixth place in the competition after impressing viewers in the iconic jungle shower and can-do attitude.

During her first appearance on CBB, Nicola famously got drunk and flirted with X Factor wild child Frankie Cocozza in the hot tub – despite being 12 years his senior.

She was also joined by controversial housemate Natasha Giggs, whose affair with Nicola's football star brother-in-law Ryan had recently been exposed.

Nicola was evicted on day 21 in a double eviction with MC Romeo from So Solid Crew. 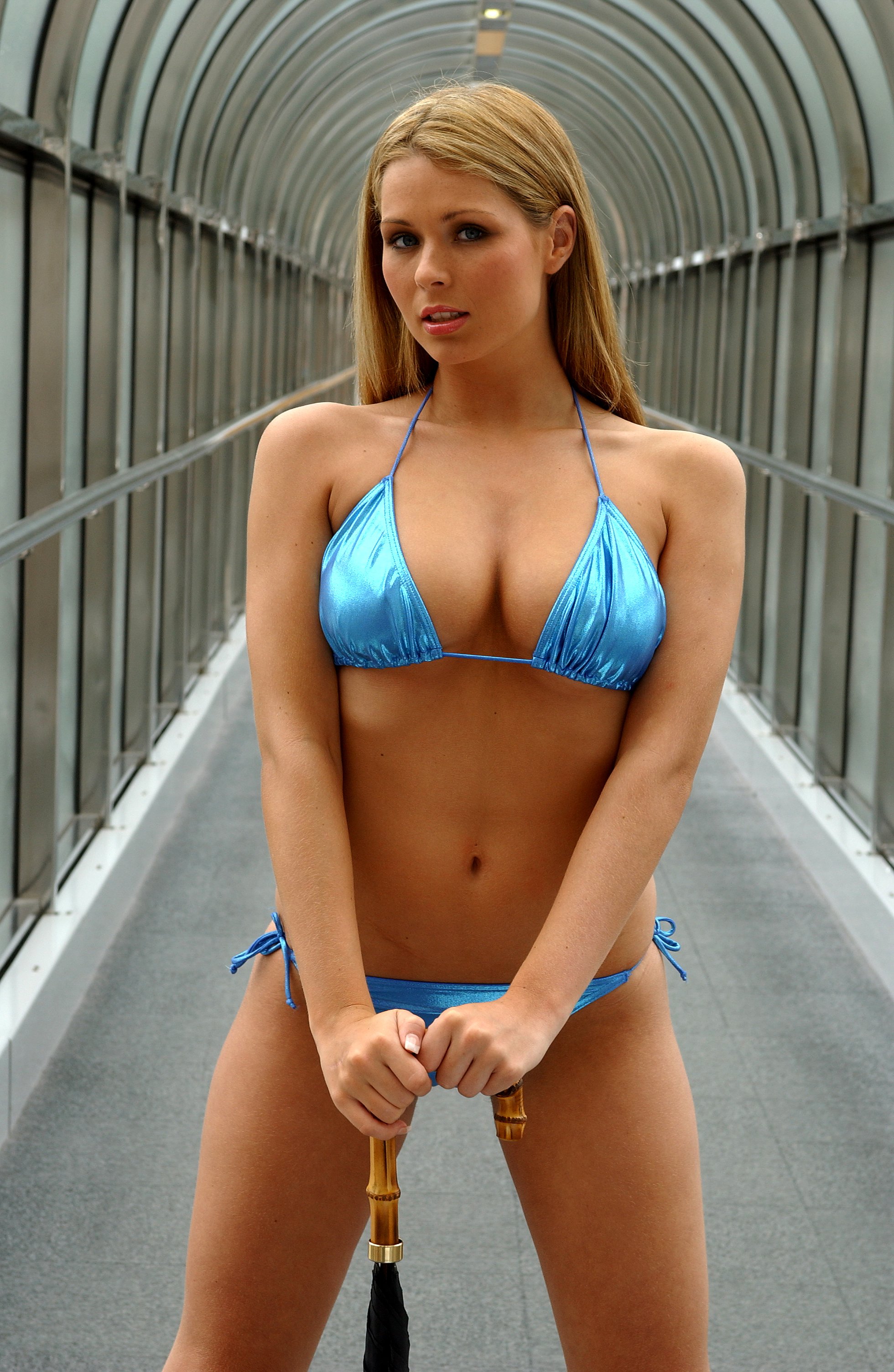 Nicola revealed she'd returned to the Elstree compound in a bid to host a late night Loose Women-style show with Katie Price.

However, she broke down in the diary room after just one day in the house and confessed to missing her children.

She was seen having a close companionship with Jamie O'Hara, who is good pals with her husband.

The feisty model also had several run-ins with late entrant Kim Woodburn – who took issue with Nicola immediately after she entered the house.

The vicious spats became so toxic that Nicola was forced to see a doctor – and even threatened to quit – after the fighting reignited her anxiety.

In the penultimate episode the tension between the pair reached fever pitch with Nicola calling Kim "vile" and "scum of the earth".

Nicola also had constant arguments with Jedward – and was unable to tolerate their childish behaviour and claimed they made sly digs at her.

She got through to the finals, and came in fifth – while Coleen Nolan won the top prize.

What has Nicola McLean accused David Van Day of?

Nicola McLean accused David of improper sexual behaviour towards her on live TV in the I'm A Celebrity jungle – and says nobody batted an eye lid.

The former glamour model claims the veteran pop star horrified her with his sexual advances and it was all caught on camera.

The pair entered I'm A Celebrity together back in 2008 and immediately became arch-enemies as they clashed constantly throughout their time in the jungle.

The incident was filmed as part of a show challenge which showed them stripped to swimwear to wash a car – and the Dollar star was seen grabbing her and pressing his lips against hers.

He also smacked her bum and touched her tummy in the waterfall shower – and Nicola believes that he tried to take advantage of her because of her glamour modelling past.

The Sun Online has approached David for comment, but he did not respond.