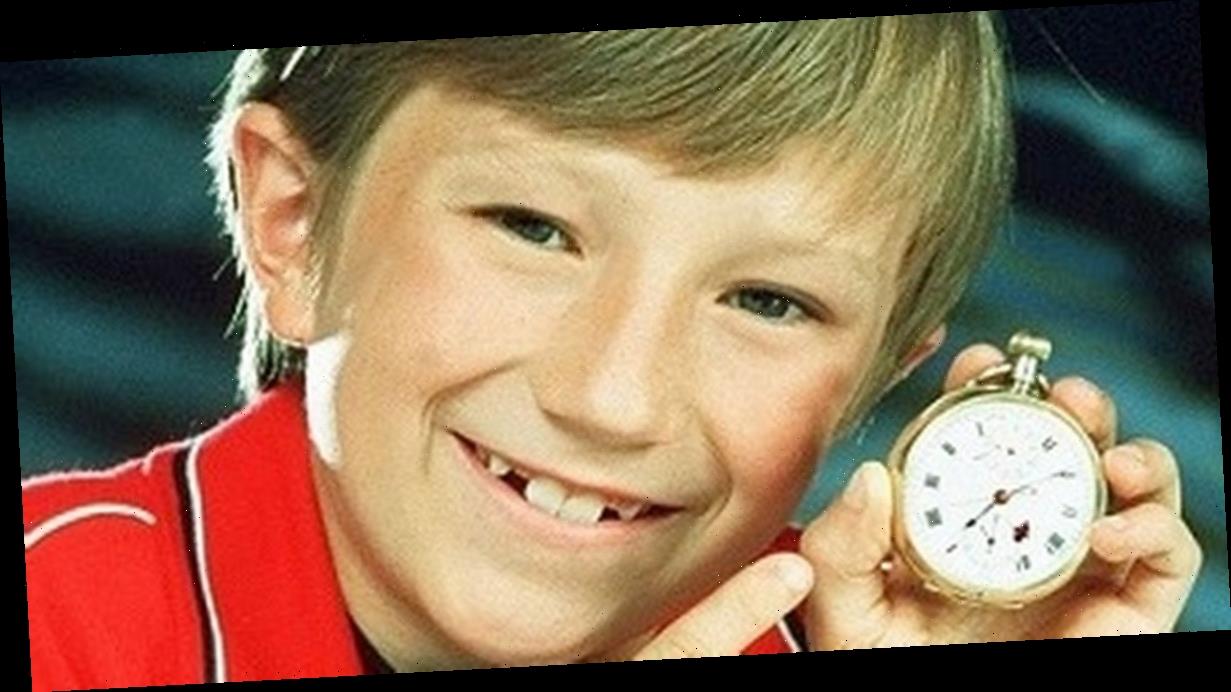 Bernard's Watch told the tale of a young boy who could stop time with a magical pocket watch and it entertained children across the nation for more than eight years.

The CITV show first graced our television screens in 1997 before finally calling time in 2005. It racked up over 79 episodes, spread over seven seasons.

The programme gave youngsters the chance to escape reality and embark on Bernard's journey.

A couple of years after its original run, the show was revived for two more series and included a change to the format, cast and filming location.

The final episode of Bernard's Watch aired 16 years ago today so, to mark the occasion, Daily Star has decided to take a nostalgic look at what the stars of the show have been up to since their children's TV days.

David Peachey played Bernard Beasley in the original run of Bernard's Watch from 1997 until 2001.

In the first run of the series, the watch was given to Bernard by a postman.

The young lad was always late before receiving the watch then he uses it to rectify this and ensure he's never late again, as well as lending his watch to those in need.

Since appearing in the show, actor David has appeared on a celebrity version of BBC quiz show Pointless with other childhood stars such as Outnumbered's Tiger Drew-Honey.

He previously told the media that he hasn't acted in over 12 years.

According to OK! Magazine in 2017, David had a major career change and was training to be a doctor.

Ryan Watson took over the role of Bernard in 2003 for the second run of the show.

The revamped edition of the series mainly centred on Bernard in primary school.

He used the watch to get back at his school teacher Ms Savage, whom he deems a bully, and also Nicolette, a popular schoolgirl in his year.

Actor Ryan, now 28, went on to perform at the Royal National Theatre as Andrea Sarti in David Hare's adaptation of The Life Of Galileo in 2006.

He's recently voiced several characters for BBC Radio 4, and played the part of Prince Edward in the radio adaptation of Marlowe's Edward II for BBC Radio 3 in September 2009.

The TV star has also appeared in Christmas at the Riviera, Father Brown, The Sarah Jane Adventures and ITV crime drama The Bill.

Television and stage star Liza Goddard, now 71, played the Narrator in the original run of the show from 1997 until 2001.

Before joining the show, she was married to Doctor Who actor Colin Baker.

She also dated former Doctor Who companion Frazer Hines, who later appeared with Baker in the story The Two Doctors.

Prior to marrying Baker, she had a son, Thom, from another relationship.

In 1981 she married pop star Alvin Stardust. Liza's daughter from her marriage with Stardust, Sophie Jewry, was critically injured at the age of two months after she fell down a set of stairs and suffered a severe fracture of the skull.

Sophie later recovered from the injuries.

In 1997, Liza suffered and recovered from breast cancer.

The actress' third marriage was to producer and director David Cobham and he tragically died in 2018.

She works with the RSPCA, amongst other charities and played the guest role of Gloria Francis in the BBC1 drama series Casualty in 2016.

Barry Jackson has had a successful career through the decades, and starred in the 70s series Z Cars before starring as Drax in Doctor Who, accompanying the fourth Doctor, Tom Baker.

He also appeared in A Touch of Frost, Silent Witness and the Stanley Kubrick film Barry Lyndon.

The actor played Grandad in original run of Bernard's Watch from 1997 until 2001.

He appeared in the first fourteen series of Midsomer Murders as Dr George Bullard, the pathologist, although he did not appear in series two.

He outlasted the original main character, DCI Tom Barnaby, by one season.

Barry sadly passed away from cancer in December 2013, aged 75.

His agent confirmed that he was surrounded by his family when he died.

He is survived by his third wife, Denise, and six children, Andy, Lucy, Anna, Aubrey, Kirsten and Kate.

He made his debut in Bernard's Watch as American Postman during series four.

The TV star is used frequently in advertising. In the past, he has won the Italian advertising Oscar for a series of comedy commercials.

In 2014, Derek was presented with a BASCA Gold Badge of Merit award in acknowledgement of his unique contribution to music.

He played Freddie Smith in Coronation Street from 2016 until he left the role in March 2017 to star in a stage production of Driving Miss Daisy.

Derek, now 74, was appointed Member of the Order of the British Empire (MBE) in the 2020 New Year Honours for services to drama and diversity.

Rosie Day played popular schoolgirl Nicolette Ashbury during the second run of Bernard's Watch from 2004 until 2005.

In 2012 she made her film debut playing Angel, a sex trafficking victim, in Paul Hyett's horror film The Seasoning House.

Rosie also appeared alongside Uma Thurman in Summit Entertainment's Down a Dark Hall, an American-Spanish horror film, based on the novel by Lois Duncan.

She portrayed troubled teenager Sierra in the female led piece which, as an outspoken feminist, appealed to the actress.

Butterfly Kisses, a film in which she was the lead, won the Crystal Bear for best feature at the 67th Berlinale festival in 2017.

She currently stars as Tina Pemberton in Sky One's Living the Dream, alongside Phillip Glenister and Lesley Sharp.

Rosie, now 26, is also an ambassador for the teenage mental health charity stem4.

In 2021, she stars alongside Russell Tovey and Sian Clifford in the comedy Real Love.

Actress Kay Purcell portrayed the role of Bernard's teacher, Ms Yvonne Savage, during the second run of Bernard's Watch from 2004 until 2005.

When the children's show came to an end, she went on to appear as Gina Conway in Tracy Beaker Returns and in the spin-off series The Dumping Ground, Cynthia Daggert in Emmerdale, Mrs. Rennison in So Awkward and Candice Smilie in Waterloo Road.

In 2002, Purcell took part in the show Celebrity Fit Club, where she and the other celebrities lost weight for charity.

Kay was diagnosed with breast cancer in early 2017 and was told she had inoperable liver cancer in 2020.

The actress posted images, videos and blogs on social media to show her own experience of the disease.

She sadly passed away in December last year. Her tragic death was announced "with great regret" on Twitter by her agents, David Daly Associates.

She is survived by her three children, Ashley, Shemar and Indika, and her "beautiful" grandson Levon.

In February 2021, Kay was featured in an episode of the BBC soap opera Doctors as Mo Larkin, her final acting role before her death.

He went on to portray the role of the twins' father in two series of Home Farm Twins Andrew in two series of Keeping Mum, Dr Dave Masters in Casualty and Reverend Mordaunt in Little Lord Fauntleroy.

In September 2018, Martin was announced to be playing Thénardier on the 2018/19 UK and Ireland tour of Les Misérables.

Ball played his final performance in the show on 16 November 2019, at the Mayflower Theatre in Southampton.

Martin has gone on to present three episodes of MusicalTalk, The UK's Musical Theatre Podcast, discussing topics such as include Wicked, "Stagedooring" and The Drowsy Chaperone.

The 56-year-old actor was once engaged to actress Letitia Dean, most famous for playing the role of Sharon Watts in the BBC soap opera EastEnders.