SERIES Two of The Family Chase is back on our screens TONIGHT.

Here's how you can watch the popular show… 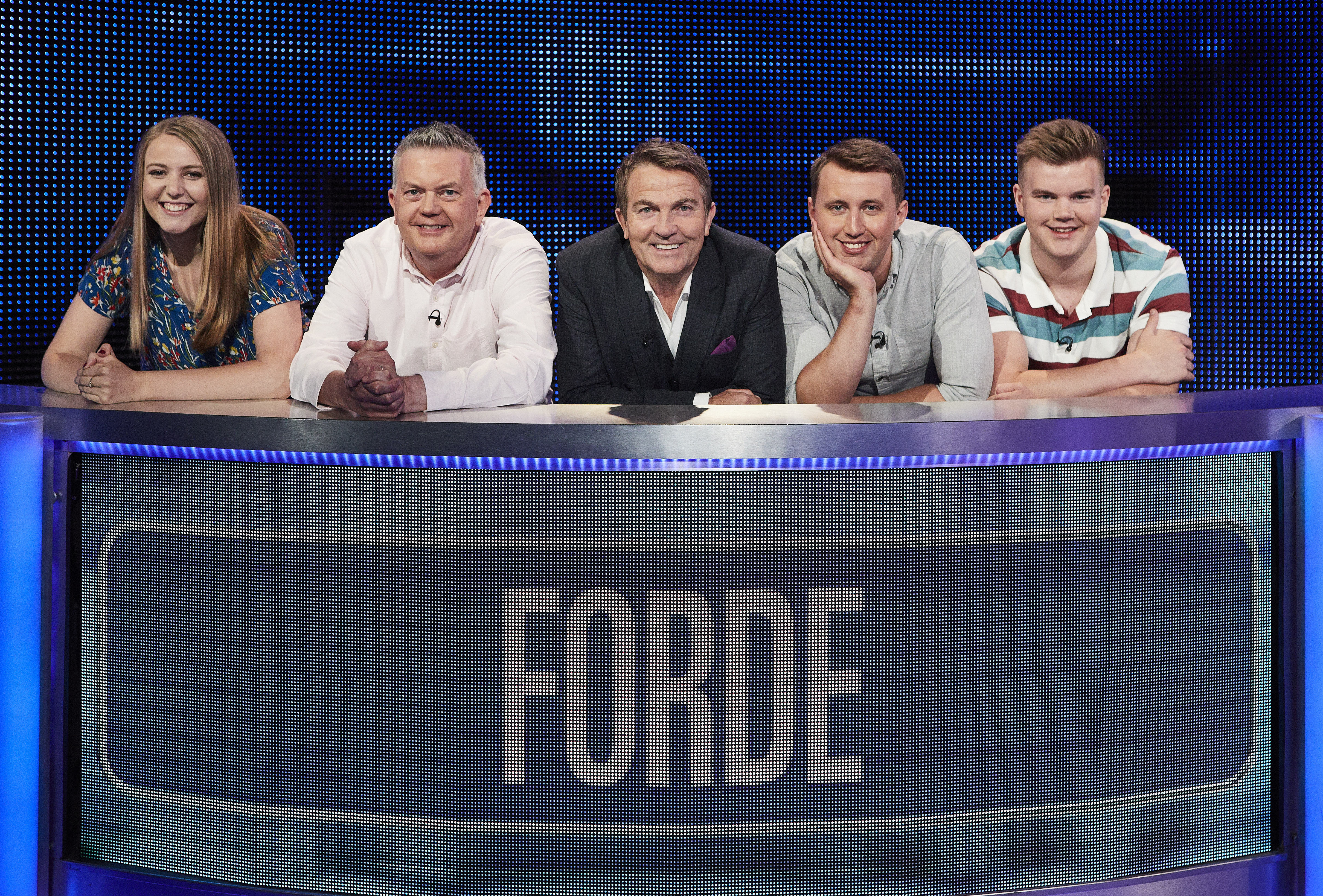 When is the Family chase on tonight?

Series two of The Family Chase is kicking off TONIGHT.

That's right – the first installation of the new series will be on your screens at 6pm.

You can catch the first of six hour-long episodes on ITV.

If you miss it, don't fret, you can stream it on ITV Hub soon after broadcast.

How is it different from the Chase?

The Chase normally sees four strangers face the six scary Chasers, but the family dyamic adds a new twist to the show.

It follows the current format of The Chase but instead of random people teaming up, it's being kept in the family – making for a turbulent ride with your nearest and dearest.

In the first trailer for the latest series we met one of the families who'll be partaking.

The Forde family – which includes Dougie, Cameron, Andrew and Katie- seemed pretty confident with their chances, speaking to camera they warned "Chasers you're history." Yes, the popular telly host, 58, will be back to host the family edition of the show.

Bradley often leaves fans in hysterics when he cracks up over some of the gaffes on the show.

And he'll no doubt be leaving the families in stitches along with viewers at home.

What is The Chase?

The Chase is a quiz show hosted by Bradley Walsh that is shown on ITV1 on weekday nights at 5pm.

It sees teams of four try to build up as much money as they can by answering general knowledge questions.

The teams go up against the chaser, one of six know-it-all quizzers in a bid to keep the money that they win.

Any money that the challengers win is then split between the people remaining on the team at the end of the show.

The Chase is a British idea but the series format has since spread to countries like Australia, China Russia and Turkey.

How does The Chase work and is there a prize?

At the start of each show, we are introduced to the team of four contestants who individually take it in turns to build up their jackpot.

In the first part of their stint, they face 60 seconds of general knowledge, with each correct answer being worth £1,000.

They then go up against the chaser who offers them even more cash. But to win this, the contestants must not allow the chaser to answer more questions correctly than them.

If they do, they have to leave the game.

After all contestants have been, the ones who are left go into the final chase.

Here they have to answers more questions in two minutes than the chaser to win the cash they have built up.