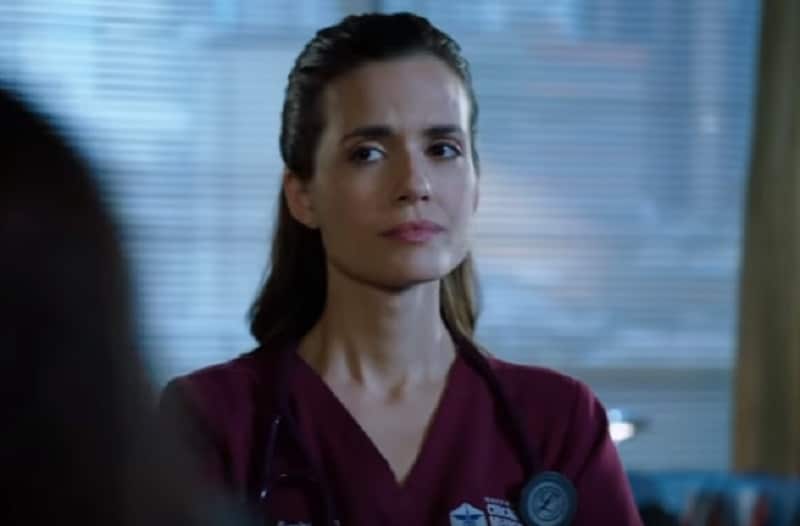 Chicago Med is not on tonight. In fact, it’s going to be a few weeks before Chicago Med returns to NBC.

During the last episode, viewers were left with a pretty big cliffhanger, which emerged on a day when two characters were supposed to live happily ever after.

The wedding day of Will Halstead (Nick Gehlfuss) and Natalie Manning (Torrey DeVitto) was interrupted during the Chicago Med fall finale. Instead of making it to the church, Halstead was kidnapped and forced (at gunpoint) to operate on a former patient.

Though Will eventually made it to the church, he was covered in blood, quickly apologizing to Natalie as he was ushered off and into police custody.

When does Chicago Med return to NBC?

As shown in the video above, the fall finale was quite the cliffhanger for viewers. Now, there is going to be a short wait until viewers get some sort of resolution from it.

Chicago Fire will return to NBC with a new episode on Wednesday, January 9. That’s about four more weeks of waiting for the next installment.

NBC has already provided the preview for Chicago med Season 4 Episode 10. As shown below, it’s only a hint about what’s coming, but there is clearly some drama waiting for the cast of the show. It’s only roughly 12 seconds long, with Natalie shown in a brief scene with Will.

It’s always rough when a wedding gets interrupted on television, and it appears that Natalie and Will aren’t going to be an exception to that rule.

While it can be assumed that Will is eventually going to be deemed safe, will he have to deal with trauma associated with that gunpoint surgery? Make sure to tune in to find out!