Sunday nights with Brenda Blethyn are an antidote to the melancholy of the looming working week. Clad in her signature forest green fisherman's cap and khaki mackintosh, cruising the rain-dampened streets of Northumberland in her steel blue Defender like a crime-fighting shark, her DCI Vera Stanhope is a force to be reckoned with as she investigates the latest murder. This week a car crash turns out to be no accident but an act of violence, with an unfolding storyline that gradually implicates a cabal of people who all seem to be nursing a secret. Red herrings abound, but above all it's Blethyn's beautifully considered performance that takes Vera from another tale of unorthodox policing to a true gem. 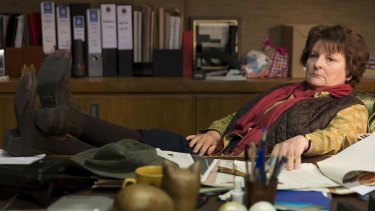