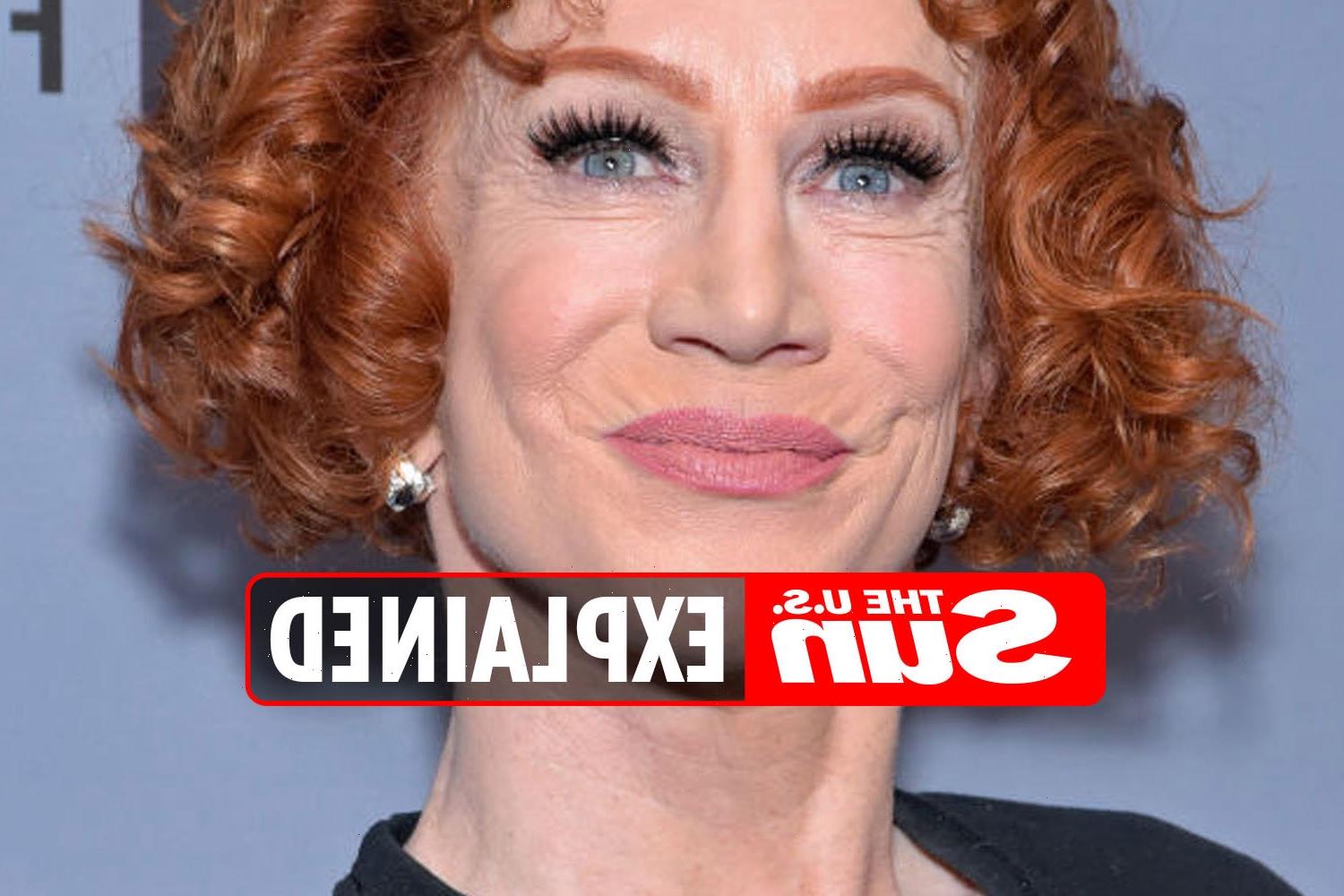 LONGTIME comedian Kathy Griffin has given fans an update on her health.

Griffin, 60, announced to her fans on August 2, 2021 that she had been diagnosed with cancer and will undergo surgery as a result. 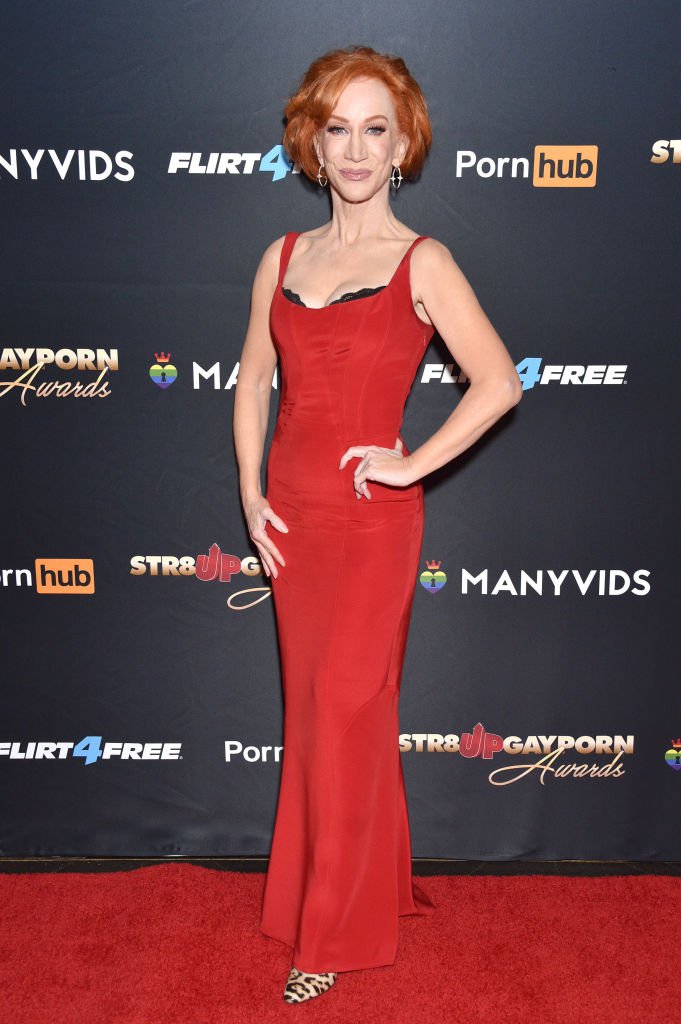 What type of cancer does Kathy Griffin have?

Griffin announced that she has been diagnosed with lung cancer.

"I've got to tell you guys something. I have cancer," she told her fans on Instagram.

"I'm going to go into surgery to have half of my left lung removed. Yes, I have lunch cancer even though I've never smoke!" she continued.

Griffin went on to tell her fans that the doctors are "very optimistic," that surgery will be able to get rid of all the cancer and that no chemo or radiation will be required.

It is unknown if Griffin has a family history of the disease.

What is lung cancer?

Lung cancer is a type of cancer that affects the lungs.

While it can be found in those who do not smoke, like Griffin, the cancer is typically found in people who do smoke.

While doctors don't know for sure what causes certain types of cancer, lung cancer can come from multiple things, including smoking, secondhand smoke, exposure to certain toxins, and family history. 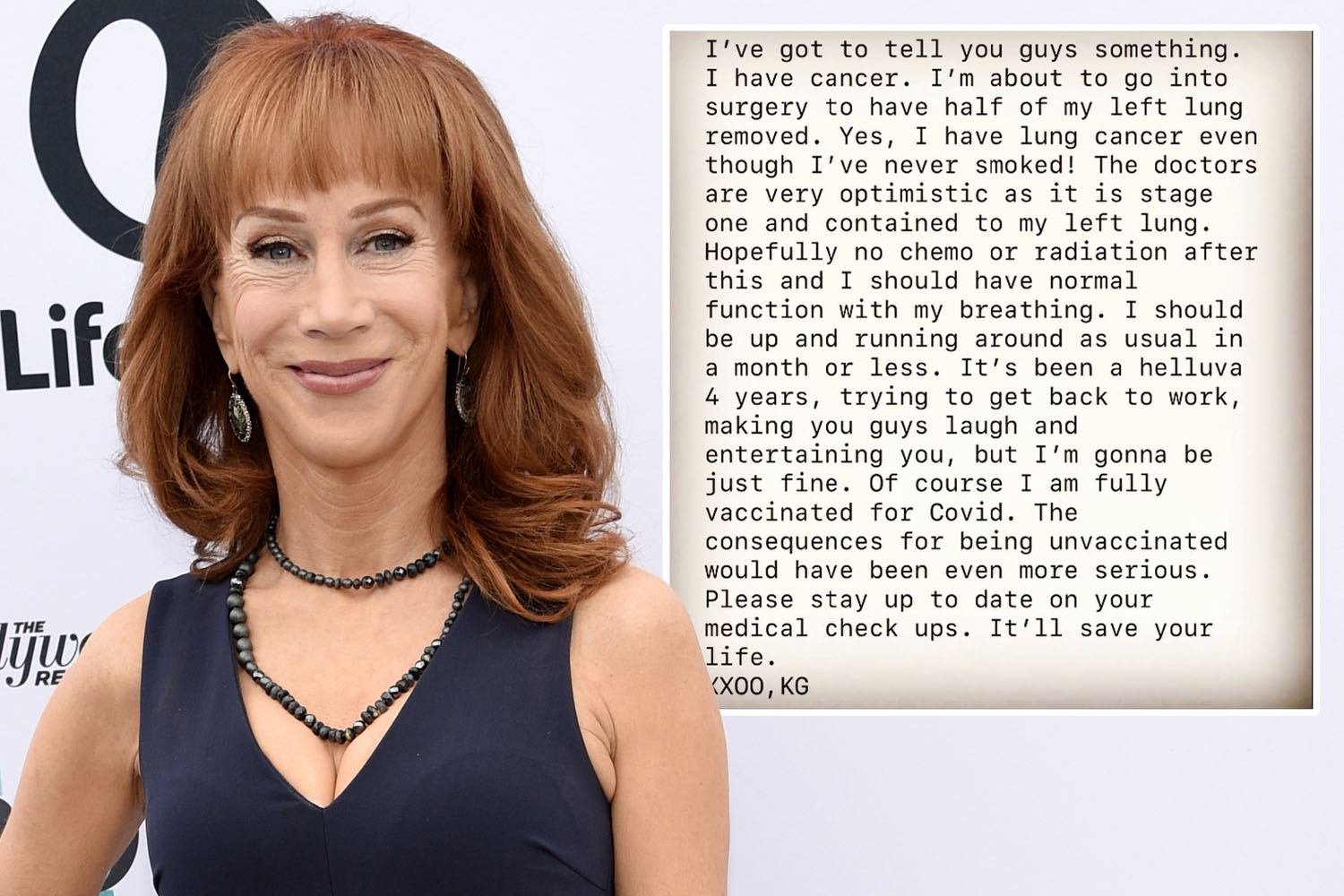 Is Kathy Griffin vaccinated against COVID-19?

While announcing that she has lung cancer, Griffin also announced that she is vaccinated against the Coronavirus and that if she wasn't, her condition might have been worse.

"Of course I am fully vaccinated for Covid," she wrote.

"The consequences for being unvaccinated would have been ever more serious. Please stay up to date on your medical check ups. It'll save your life," she continued.

Griffin is known for advocating the concerns of COVID-19. Back in March 2020, Griffin was rushed to the emergency room following a trip to Mexico, with COVID-19 concerns but was turned down for a test at the time.

While she had symptoms in relation to COVID-19, she told the Los Angeles Times, that she did not qualify for a test so it is unknown if she actually suffered from the virus.

She later went on to slam former President Donald Trump for the lack of tests at the time.

“I just think it’s so obvious that those tests have to be accessible to everybody,” Griffin said. “A lot of people, when they hear the president saying everyone who needs a test should get one, then shouldn’t have to then go to a hospital where, frankly, they may be exposing themselves or exposing others."

It is unknown if her COVID-19 symptoms were in relation to her lung cancer diagnosis.