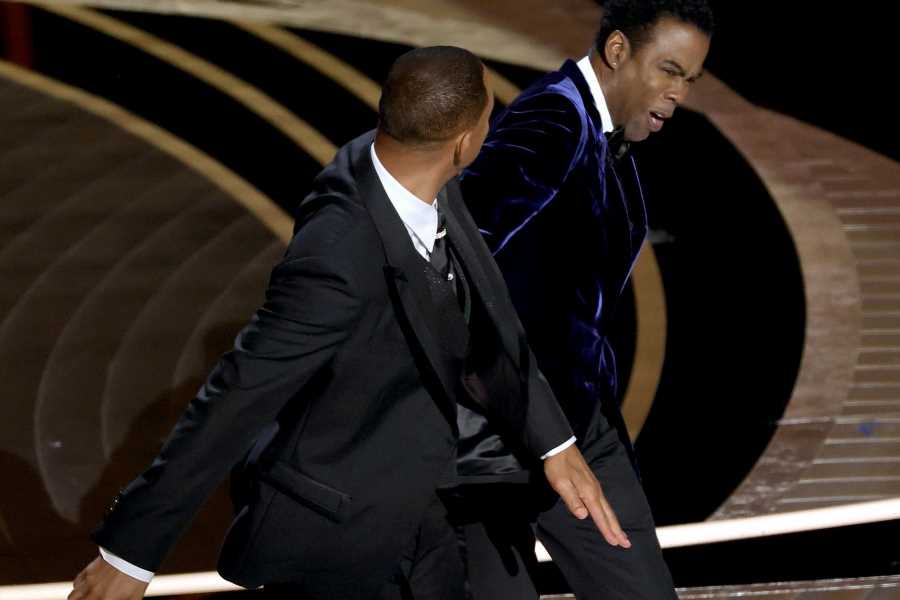 In what may be the most insane moment in the history of the Academy Awards, Will Smith jumped onstage and smacked Chris Rock while the comedian was presenting the Best Documentary at the 2022 Oscars.

The unscripted moment arrived after the comedian joked about Jada Pinkett Smith’s hair loss, a symptom of alopecia. “Jada, love you, G.I. Jane 2, can’t wait to see it,” Rock said, before the actress rolled her eyes. Will appeared to laugh at the joke at first but then walked up onstage, hit Rock, and returned to his seat.

The sound was cut, but Smith yelled, “Keep my wife’s name out of your fucking mouth” twice. Rock told the audience, “Will Smith just smacked the shit out of me. It was a G.I. Jane joke. That was the greatest night in the history of television.” Footage shows Tyler Perry and Denzel Washington comforting Smith moments after the feud, with Smith appearing to wipe his eyes.

Last December, Jada spoke about her alopecia on Instagram, writing, “Mama’s gonna have to take it down to the scalp so nobody thinks she got brain surgery or something. Me and this alopecia are going to be friends … period!”

This isn’t the first time Rock has joked about the couple. When he hosted the Oscars in 2016, he said, “Jada Pinkett Smith boycotting the Oscars is like me boycotting Rihanna’s panties — I wasn’t invited!”