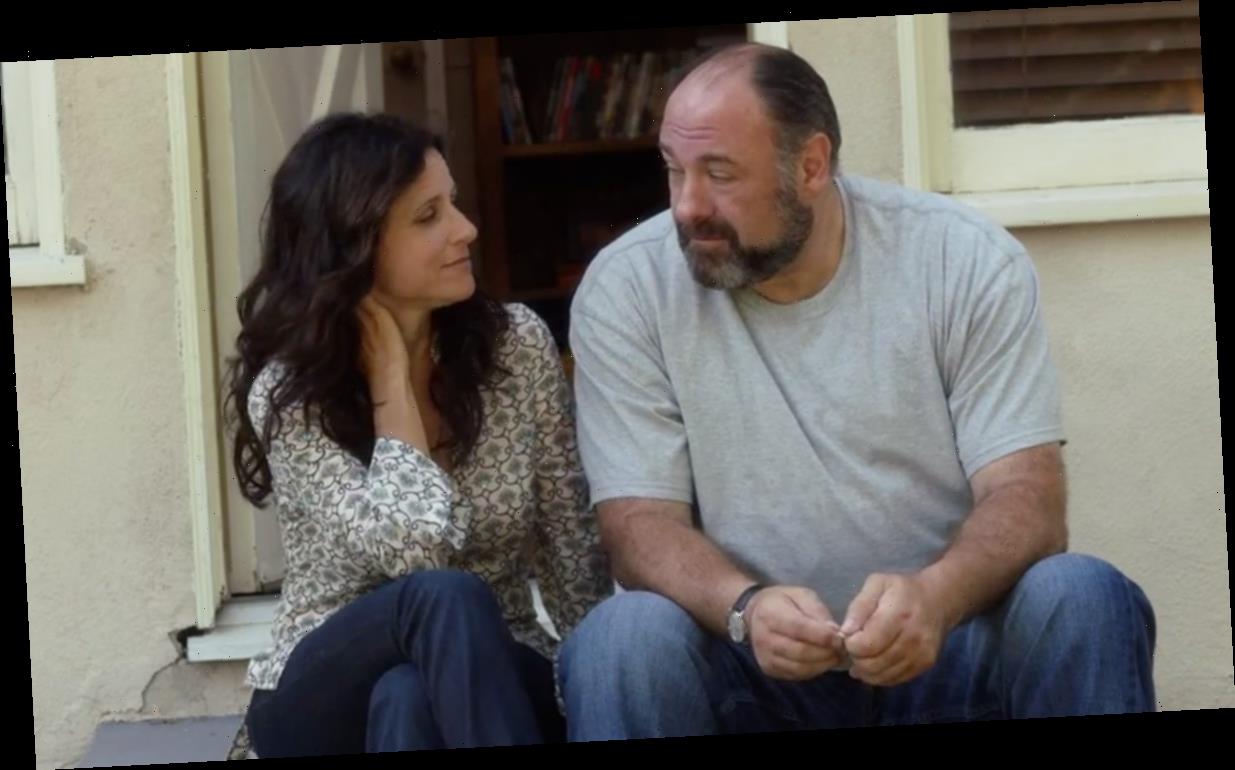 Talk to an actor who worked with James Gandolfini (1961-2013) and you’re bound to hear stories of his generosity and kindness. That was certainly the case when Gandolfini worked with Julia Louis-Dreyfus on the shoot of Nicole Holofcener’s Enough Said (2013).

The film, which features one of Gandolfini’s final performances, premiered four months after the actor’s death. At a late ’13 screening of Enough Said, Louis-Dreyfus and Holofcener recalled a gesture Gandolfini made on the set (via Variety). After noticing a production assistant standing outside in the hot sun, Gandolfini bought the PA a chair with a cover.

Looking back on the shoot in ’19, Dreyfus shared more fond memories of Gandolfini on Dax Shepard’s Armchair Expert podcast. Though she loved working with him, Louis-Dreyfus recalled being surprised by Gandolfini’s lack of confidence on the job.

After commanding the screen as Tony Soprano for 86 episodes, you wouldn’t expect Gandolfini to lack confidence. But Louis-Dreyfus told Shepard that’s how he was on the Enough Said shoot. The thread began with Louis-Dreyfus saying how great it was to make the movie.

When Shepard asked if Gandolfini was a pleasure to work with, Louis-Dreyfus concurred. “He really was,” she said. “But surprisingly not confident. You know how he was in the movie? That was sort of close to who he was as a person. Sort of a soft, sweet-hearted guy.”

Louis-Dreyfus went into further detail at the ’13 Enough Said screening. “He had a lot of insecurities about playing the part,” she said, per Variety. “And [he] really questioned whether he was right for the role as we were shooting it. He kept saying, ‘If you want to fire me, that’s fine.’”

Louis-Dreyfus also noted how Gandolfini seemed uncomfortable with acting as a profession. “I think he was sort of embarrassed to be an actor,” she told Shepard on Armchair Expert in ’19.

“Some men have that, I’ve noticed,” Shepard replied. “I certainly know men who feel like it’s a weird, like, not a masculine endeavor.” “Exactly,” Louis-Dreyfus said. “I think there was an element of that.”

Looking back to the Enough Said shoot, Holofcener also recalled Gandolfini’s unwarranted lack of confidence. “If he had a lot of business to do in a scene, he kind of let me know that he was never going to pull it off,” she said in ’13, per Variety.

Gandolfini warned that he wouldn’t be able to hit all of his marks while delivering his lines flawlessly. Holofcener said she was concerned at first. “In the beginning, I’d be like, ‘Oh, sh*t. Maybe I should have him just sit there or whatever.’ And then, as soon as we rolled, he did it perfectly.”

Indeed, Gandolfini delivered another sterling performance. Peter Riegert, the veteran actor who played Assemblyman Zellman opposite Gandolfini on The Sopranos, spoke in March ’21 about how happy he was to see him in Enough Said.

“When I saw the film, that’s how you know how brilliant [Gandolfini] is,” Riegert said on Talking Sopranos. “Most people think, when you’re n something that successful, they think you’re that person. To see Jim working opposite Louis-Dreyfus, is to understand how extraordinary [he was]. His range was amazing.”