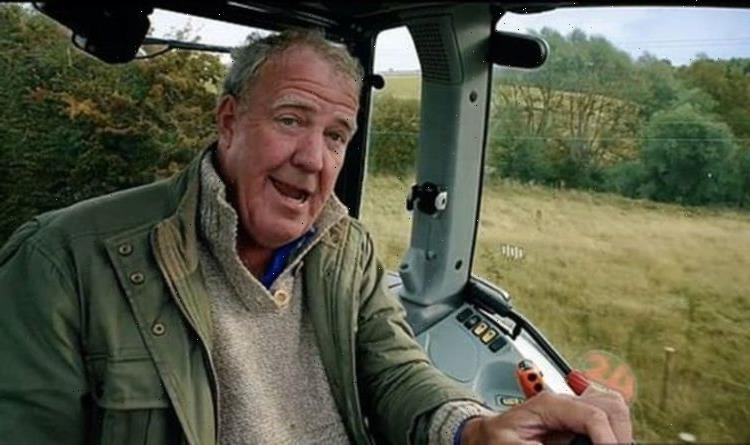 Clarkson’s Farm follows Jeremy Clarkson as he restores his Diddly Squat farm to its former glory. The show has been an immediate success, gaining a legion of fans following its June 11 premiere. But what channel is the show available to watch on?

What channel is Clarkson’s Farm on?

Clarkson’s Farm fans have binged the series which first dropped last month, with the show’s popularity continuing to rise.

Now viewers are holding out hope for a second season, making newcomers to the show eager to catch up on season one.

The series was produced by Amazon Prime Video, with the complete season being exclusive to the platform.

Clarkson’s Farm is not available to watch on any other streaming service as Amazon holds exclusive rights to the series.

The show is also not available on any network channel, so fans will have to catch up on the show through Amazon Prime.

For any viewers that do not have an Amazon Prime subscription, the service does offer a 30-day free trial ahead of any payment.

The monthly cost of Amazon Prime is £7.99 with the yearly subscription being £79.00.

So far, there has been no official announcement of a second season, with only Jeremy Clarkson hinting at his hopes the show will receive a second part.

Season one followed Clarkson as he got to grips with many different aspects of farming life, including sheep herding, harvesting, plumbing and more.

Season one had a naturally open ending, which does leave the door open for more in the future.

The post read: “Dear everyone. There has been some speculation that a second series of our farming programme has been commissioned. It hasn’t but we are hopeful.”

Fans replied sharing their love for the show, with one writing: “It’s been three weeks since I binge-watched all eight episodes now I’m left with nothing good to watch.”

Another added: “I hope it is, my Dad has been farming for over 40 years and he loved the show but personally, I think the best part is how you showed the life of a farmer to millions of people who didn’t know before just how hard their workload is!”

“We’ve watched it about 10 times over! Don’t know what we will do without a second series! Probably rock up and demand volunteer jobs on the farm,” another commented.

Amazon Prime is yet to release an official statement on the situation with season two.

If the show does get a second season, fans should expect news to come in the next few weeks, as Amazon Prime typically announces follow-up seasons shortly after the first’s release.

For now, fans can visit Diddly Squat Farm itself, which is located in Chaddlington, Chipping Norton.

Following the show’s initial release, fans piled into the Diddly Squat Farm Shop to the point where police had to be called to control the situation.

Hundreds flocked to the farm causing massive traffic problems around the local area.

No crimes had been committed, police were only called in to manage the volume of people coming and going from the location.

Locals however were furious, with many of them complaining about the escalating situation.

Following the first weekend after the premiere, the shop has been able to manage the number of customers coming into the farm.