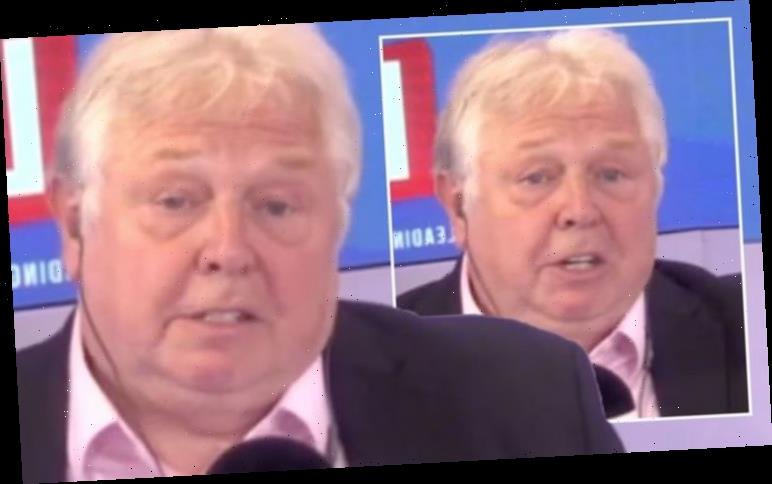 Nike Ferrari and Vanessa Feltz joined Eamonn Holmes and Ruth Langsford on This Morning on Tuesday as part of the ITV show’s Morning View segment. The panel had plenty to get through, including the next steps to see the UK exit lockdown and how to make the perfect cup of tea. However, when Eamonn and Ruth turned the conversation to the topic of HMP Hindley allowing its prisoners to “de-stress” by building a petting zoo, Nick had plenty to say.

Ruth brought up the discussion shortly after Vanessa and Nick had weighed in with their thoughts on Prime Minister Boris Johnson’s press conference on Monday evening.

The This Morning host said: “HMP Hindley, which is a category C prison near Wigan,

“(It has) 600 inmates and they’re building a petting zoo so that the inmates can play and stroke the animals and de-stress themselves.

“What do you think about that?” Ruth asked which prompted a furious reaction from Nick. 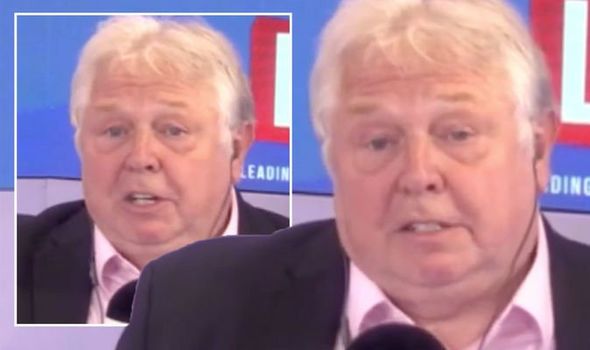 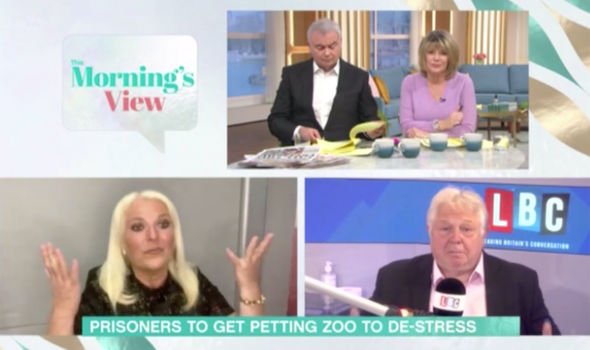 Having previously mentioned the importance of exiting lockdown to benefit those in care homes who haven’t been able to see their families for months, Nick said: “Ruth, I’m gonna come full circle.

“Not necessarily just people in care homes, what about elderly people who are not provided with anything to de-stress themselves?”

Vanessa could be seen holding her hands up in agreement as Nick continued to make his point. 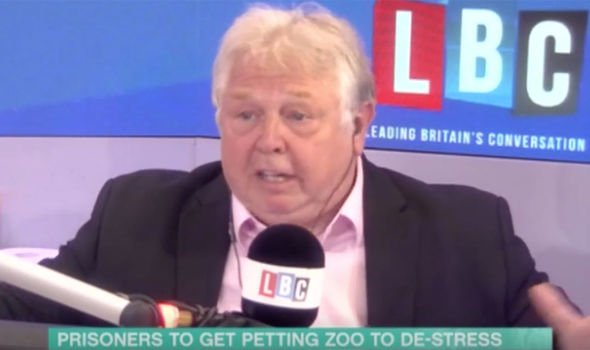 “What are we doing to help hose folk?” he sternly asked.

Nick did go on: “I know the most important thing is obviously their health,

“But we seem to go as far as we can to help offenders (while) decent folk who are abiding by the rules, who’ve observed lockdown, they can just carry on because they don’t make enough noise.”

Signing off his scathing criticism, Nick added: “I find it grossly offensive that story.”

And while Vanessa seemed in agreement, Nick’s view was certainly one which divided viewers at home.

In response to Nick’s words, one fan agreed: “A petting zoo for prisoners ?? FFS the priorities of some people !#ThisMorning.” (Sic)

However, a second pointed out: “@RuthieeL @NickFerrariLBC @VanessaOnAir @thismorning why do we need to dehumanise prisoners? Yes we need to do more for older or vulnerable citizens.

“But care for those in prison and wider support shouldn’t be mutually exclusive,” they added.

While a third argued: “And that Nick is the root of the problems in this country.

“We do NOTHING to rehabilitate prisoners lock them up and then wonder why they re-offend upon release. #ThisMorning.”