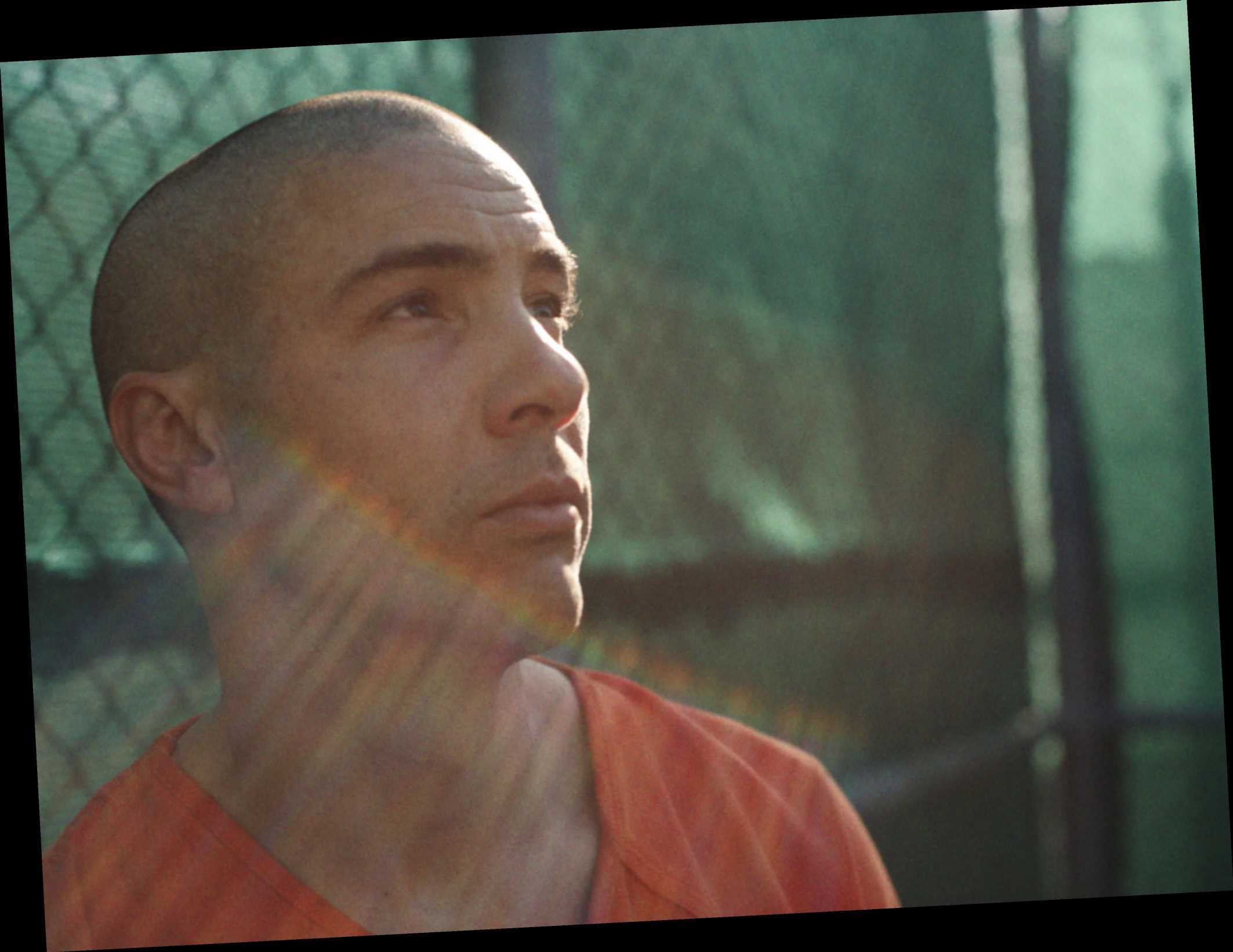 Late to the Oscar race is BBC drama “The Mauritanian,” which finally settled on the title director Kevin Macdonald always wanted for the film he started shooting in December 2019 under the working title “Prisoner 760.” Based on Mohamedou Ould Salahi’s bestselling 2015 memoir “Guantanamo Diary,” STX Entertainment will release the movie February 19, just in time for the Oscars. That outcome was far from certain.

“We had no distributor in place,” said Macdonald on the phone from London. “We couldn’t get the music score correct, so we were not finished as soon as we should have been. And COVID complicated things. We filmed this labor of love for no money, so we always wanted an awards film. It was the only way we felt to get attention.”

Rather than the original plan of screening at a discovery fall festival like Toronto or Telluride, the financiers sold a five-minute trailer at the 2020 Cannes virtual market to STX, which originally planned an October or November stateside release.

Based on the true story of Salahi, who suffered repeated torture at Guantanamo prison for 14 years while being held without charges, the script (by Michael Bronner, Rory Haines and Sohrab Noshirvani) lured Oscar-winners Jodie Foster and Benedict Cumberbatch, as well as Shailene Woodley. They play attorneys digging into Salahi’s slim connections to Al-Qaeda as well as his tenuous legal rights. Salahi was brought to trial and released in 2016.

The three stars support lead actor Tahar Rahim, who made his debut in the Oscar-nominated “A Prophet” and gives a poignant, subtle, and Oscar-worthy performance as Salahi. “It’s about a special human being,” said Macdonald. “That’s what got all the actors involved. We wanted to tell his story. They spoke to [Salahi]. They were moved by him, his humor and his warmth, and his capacity to forgive.”

Macdonald wanted the audience to be suspicious of Salahi, unsure of his guilt or innocence, and slowly fall in love with him, as did his lawyers. “It’s about humanizing others,” he said. “Mohamedou is an amazing, resilient character.”

The director turned to Rahim, the star who broke out in the 2009 Oscar-nominated “A Prophet” and had a small role in MacDonald’s 2011 Focus Features title “The Eagle.”

“Tahar is the only actor who could have done this,” said Macdonald. “We’re playing a game. It’s such a complex role to play. He’s got to have ambiguity around him. That’s tricky. We feel suspicion, and affection. We are walking a line. It’s a difficult thing to do, and to do it in a foreign language is incredible.”

That’s Rahim’s triumph. He carries the audience as we wonder, “Did he do it?” When he allows us to see his soul, some innate decency bleeds through; we root for him. “The Mauritanian” treads ground similar to “Zero Dark Thirty,” but with a different point of view as it provides a portrait of a man who endured hardships that no one should ever have to suffer. 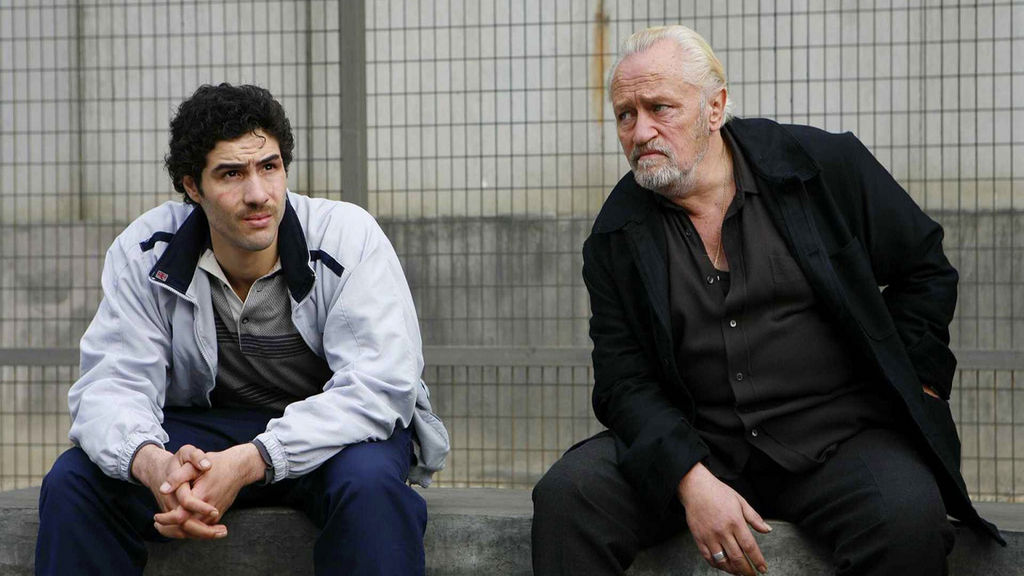 Tahar Rahim in “A Prophet”

On a phone call from Paris, Rahim admitted that he might not have been able to pull off this part even four years ago. The French-Algerian actor was “green,” he said, when director Jacques Audiard cast him in “A Prophet” after eight auditions. The film went on to win the Palme d’Or at Cannes, while Rahim collected Best Actor prizes at both the Cesar and European Film awards.

Audiard “is always pushing you beyond your limits,” said Rahim. “He’s restless and wants to be surprised all the time; he likes the improvisations. I loved it. With him, I learned to have more self-confidence and trust my instincts and build a composition. I couldn’t just rely on natural habits. I had to embody someone else who is not me at all, and he stole things from me without me noticing it. With Jacques, as long as I respect the meaning of the scene, I can play with the words and feel my space. He would follow me with a camera. I felt like a kid in a playground.”

After that heady experience, Hollywood came calling — with terrorist roles, all of which Rahim turned down. “I’ve been offered a lot of parts in some American movies that are endless stereotypical parts portraying people from the Middle East or Arab or whatever, that I did not want to portray,” he said.

Tahar Rahim and Jodie Foster in “The Mauritanian”

In “The Eagle,” he found himself “frustrated that I couldn’t express myself properly,” he said. “I could barely speak English.” He took on many French roles, including Asghar Farhadi’s “The Past.” “He’s a very good director and the exact opposite of Jacques,” said Rahim. “Farhadi started to rehearse as if we were preparing a play. During two to three weeks together in a room, we were talking about the dialogue and all of it. But from the first day of shooting to the end, we cannot change anything. I was still free.”

Preparing 2018 Hulu TV series “The Looming Tower” pushed Rahim to become fluent in English, and to nail a specific New York Lebanese accent. “I always loved this language, since I was a teenager, but at some point I needed some help,” he said. “When I got that offer, I needed to work on an American accent. It was not easy, [but] it was a turning point. I spent time with people who speak English. I watch movies, listen to music. I have to do it every day.”

After Rahim read “Guantanamo Diary,” he told Macdonald, “This is the one version of a terrorist I want to do because of the humanizing of this person,” he said. “I was moved, I cried twice. ‘OK, finally, a beautiful real movie is telling the real story of a guy who could be anybody in this situation.’”

Macdonald and Rahim discussed the role for two years, “to build a character,” said Rahim. “It was like being a tea bag in a mug of water. It takes time and infuses. You think and let it go and it comes back on set. He comes from documentary; he can’t fake anything. He would notice it instantly.”

Foster and Rahim also rehearsed together. “I needed to see if the chemistry would work,” said Rahim. “I didn’t know if I would fit. Jodie is so real and natural, everything she does, you believe in it. The first day, she raises the game, and the only thing I had to do was to follow.” 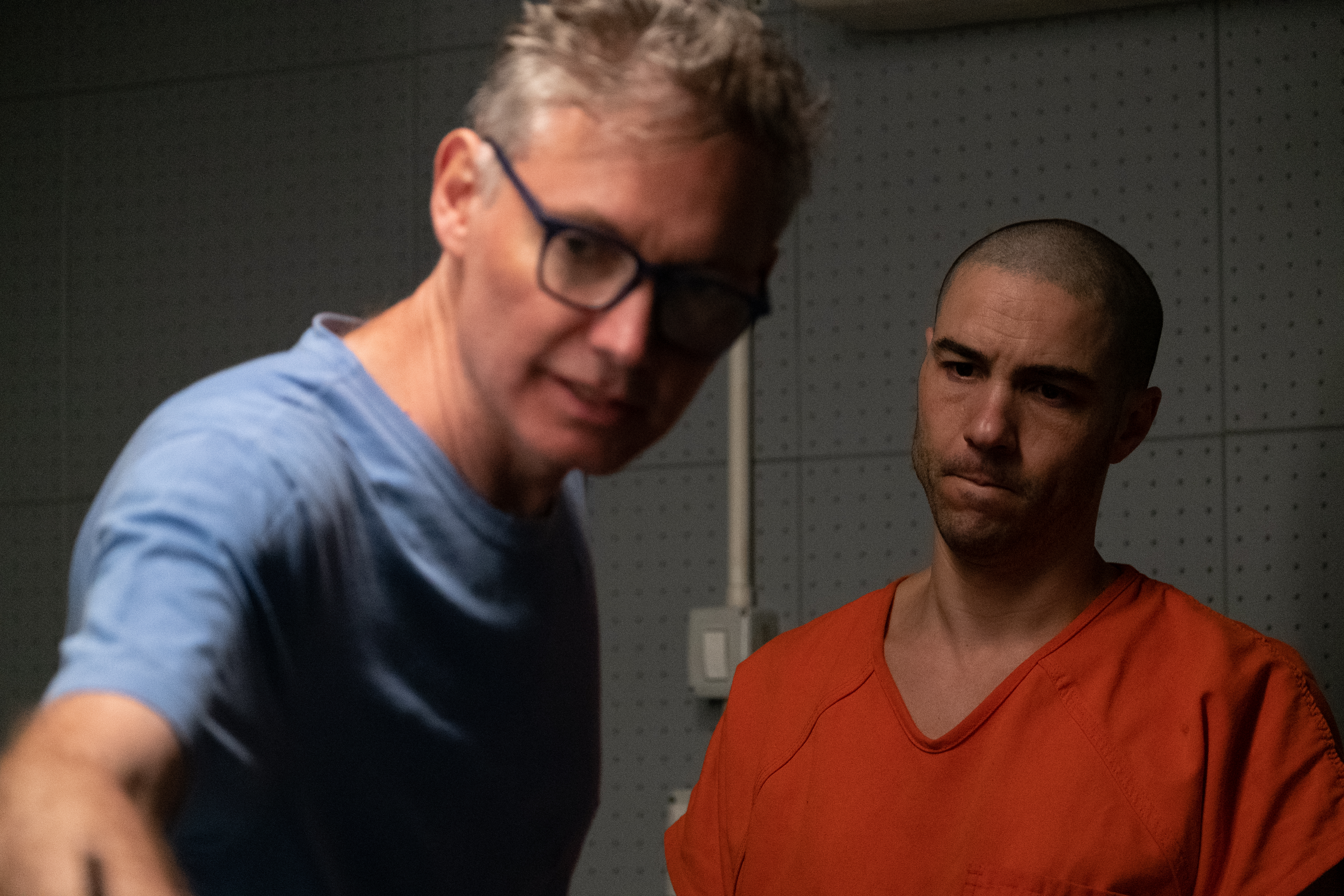 In “The Mauritanian,” Rahim must speak Mauritanian-accented French, Algerian, and Arabic, and the Mauritanian Hasani language as well as English, which Salahi gradually learned while in prison. “He had learned with the guards,” said Rahim, “it was an evolution. I was going to try to make some mistakes regarding the stress, the vocabulary, the pronunciation, and build it to reach the point of this guy after 14 years.”

“The Mauritanian” also demanded undergoing torture. “How can I know what it is,” said Rahim, “when I have never experienced it, thank god? I needed to put myself in realistic conditions. I asked the prop team that gave me fake shackles to bring me the real ones, so I could feel it. I wore them for a day, and I got bruises from this to the end of shooting. When they throw me in a cold cell, I asked them to make it as cold as possible and spray me with water so I feel it. Also, the waterboarding, I hit three times the leg of my partner so he would stop. And the force feeding. It couldn’t have been possible to make it feel real without this.”

He also lost 22 lbs. in 18 days through a daily diet of boiled eggs, chicken breast and 1 1/3 cups of water. “At some point you are losing it, emotionally,” said Rahim. “It brings you to some places you’ve never been before. You don’t know. Usually as an actor you know which drawer you get to pull to get emotional and use it. This time, with the diet — the suffering compared to him was absolutely nothing — what’s happening is your emotions lead you somewhere that feels real.”

The lack of food along with six-day weeks and 12-hour days took its toll. “I was really tired,” he said. ” It was the end of the shooting, the torturing scenes, the hallucination Mohamedou had in jail. I never took drugs, never hallucinated before, plus how could I know? I put myself in a special emotional state, and think and think. When he sees his mom in the cell with him, this one, I was almost believing it for real. I got to do it. I almost collapsed, I couldn’t take it anymore. We did only one take.”

At the movie’s end, we see the real Salahi in Mauritania, which he can’t leave, as he has no passport. He is smiling. How did he survive intact? “The faith and the fact he is innocent,” said Rahim. “Someone who’s guilty would have been broken in less than 70 days. The most beautiful thing about him is a lifetime lesson — the way he turned anger into forgiveness.”