While Watchmen takes place in an alternate reality to modern-day America, the series does make reference to real-life historical events. Beginning with the harrowing depiction of the 1921 Tulsa Massacre, the series has also been key in educating its viewers on some other forgotten moments from history. Express.co.uk exclusively spoke to US historian Tim Madigan, who’s book influenced the adaptation, about the importance of this.

Which historical events inspired the series?

Airing weekly on Sky and HBO, the series takes place in the world created by Moore several decades after his books ended.

However, while the world depicted is a parallel vision of modern-day America with squid-filled rain and masked police officers, there are some very real scenes depicted.

This is most evident in the opening episode, which begins with a hard-hitting reenactment of the 1921 Tulsa Massacre. 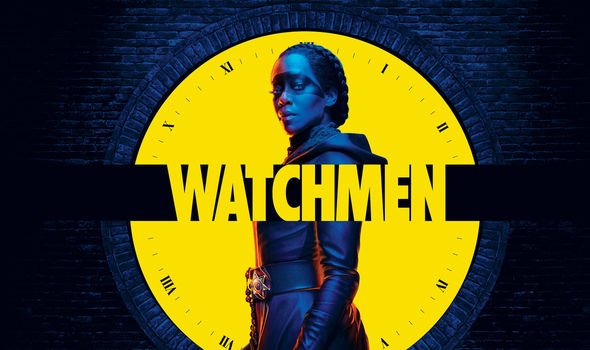 The incident is also historically called the Tulsa Race Riot, the Greenwood Massacre and Black Wall Street Massacre and was one of the worst outbreaks of racial violence in American history.

Taking place from May 31 to June 1, 1921 in Greenwood, Tulsa, Oklahoma, the massacre saw mobs of white residents attacked black people and businesses.

A 2001 state commission ruled that between 100 and 300 people were killed over the course of the massacre.

Express.co.uk spoke to Tim Madigan who is a US historian who wrote The Burning: Massacre, Destruction, and the Tulsa Race Riot of 1921 in 2003 about what happened.

This was after episode director Nicole Kassell told Vulture that this book was an invaluable resource for the episode for its “incredible detail from many different voices.” 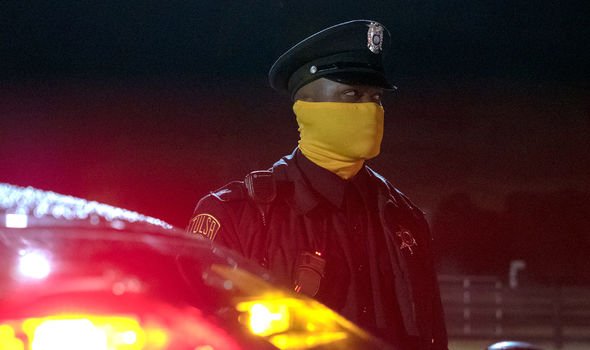 Madigan said: “In the final days of May 1921, a white mob numbering in the thousands surrounding the Greenwood district – then the most affluent and prominent African American community in America — and attacked, burning it to the ground and killing hundreds.

“Photos of the aftermath are reminiscent of Hiroshima and Nagasaki. The stories of the atrocities perpetrated by the white mob on defenceless African Americans that night are legend.

“The precipitating incident, as was frequently the case in those days, was an erroneous accusation that a young black man had assaulted a young white woman.”

However, despite the horrendous attack, the incident has remained a forgotten part of history, according to Madigan who only became aware of it himself in the 1990s.

READ MORE: Watchmen on HBO cast: Who is in the Watchmen cast? 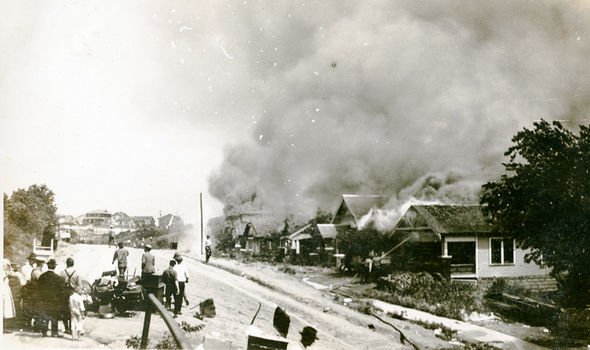 This has become evident in the aftermath of the HBO episode with many viewers voicing on social media they weren’t aware of the incident at all.

Despite having written a book on the incident, Madigan says that it has still remained at the back of people’s minds, which is why its inclusion in the HBO series was so important.

He said: “Based on what I’ve been hearing, it has done more to restore the Tulsa Massacre (not a race riot, by the way) to its proper place in history that almost than anything in the nearly a century since it took place.”

He added: “Despite my book and others, the horror and shame of Tulsa remained in the shadows.

“I knew it was only a matter of time before it emerged. It had to. Maybe what has happened on HBO is the beginning of that.” 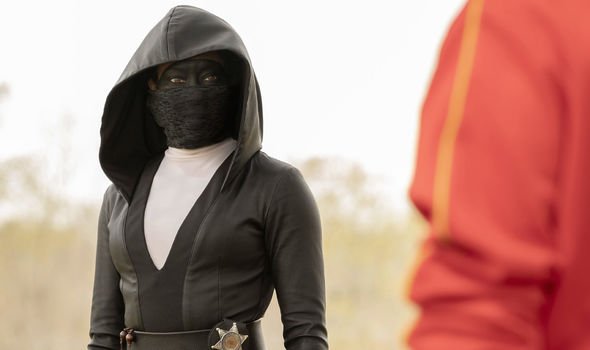 Alongside the depiction of the massacre, the episode also makes reference to real figure Bass Reeves in its opening film.

Reeves was a freed slave who went on to become the first black deputy US marshal west of the Mississippi River and was tasked with reining in the criminals plaguing the area.

Working across Arkansas and Oklahoma, he reportedly arrested over 3,000 felons.

The marshall was also reportedly who the inspiration that the Lone Ranger was based on.