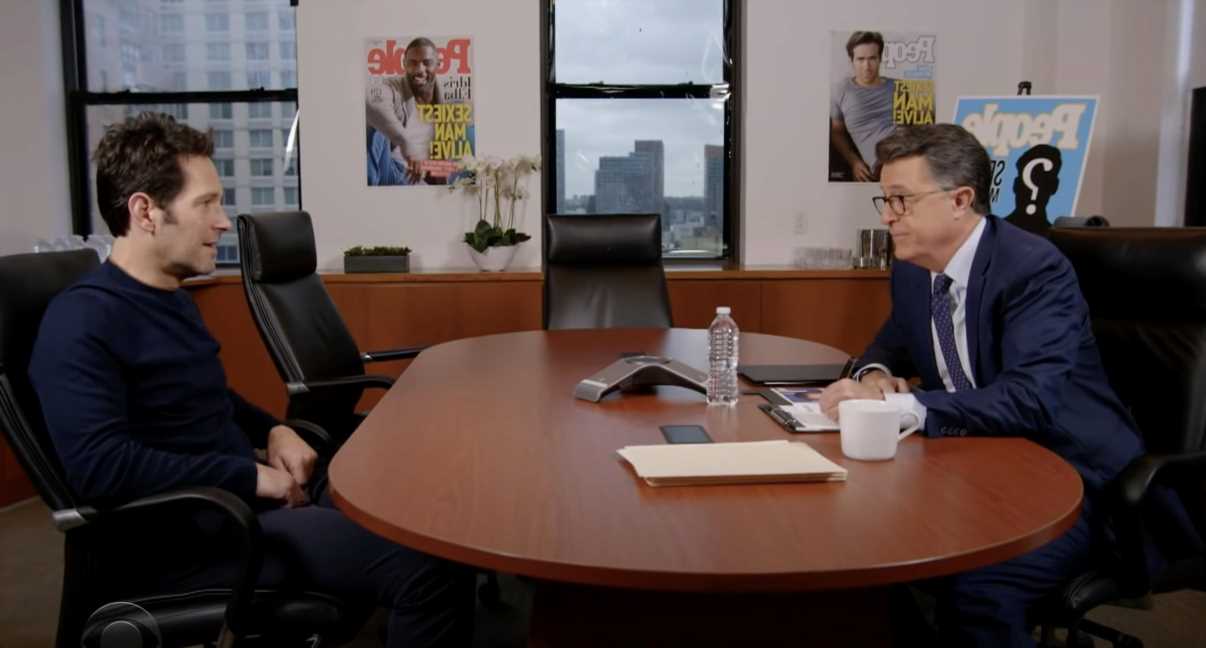 Colbert, as a representative of the LSSC Sexiness Research Institute, was tasked with finding the new Sexiest Man Alive, with Rudd — or “Raul Pudd,” as he’s listed on Colbert’s docket — among those interviewing for the position.

“When it comes to sexiness, what’s you biggest weakness?” Colbert asked. Rudd responded, “Well, I have a weird foot. I suffer from a thing called ‘Big Pinky.’ The actor then showed Colbert his abnormally large toe, but still received a sexiness point for honesty.

The second part of Colbert’s scientific examination included a physical examination, including a Westminster Dog Show-like analysis of Rudd’s body. That was followed by a photo shoot where Colbert challenged Rudd’s sexiness by making him dress as a construction worker and a monk. “You’re a monk, say something sexy,” the host told Rudd. “You have a vow of silence, don’t make any noise.”

At the conclusion of the process, Colbert tells Rudd that he in fact tested “negative for sexy.” A dejected Rudd thanked Colbert to even considering him, but as he was about to leave, the LSSC Sexiness Research Institute slow-clapped the actor. “Paul, you’re the Sexist Man Alive! Colbert then declared. He was then crowned, like a Miss America pageant.

Colbert also announced that he will have the newly anointed Sexist Man Alive in the studio next Monday.