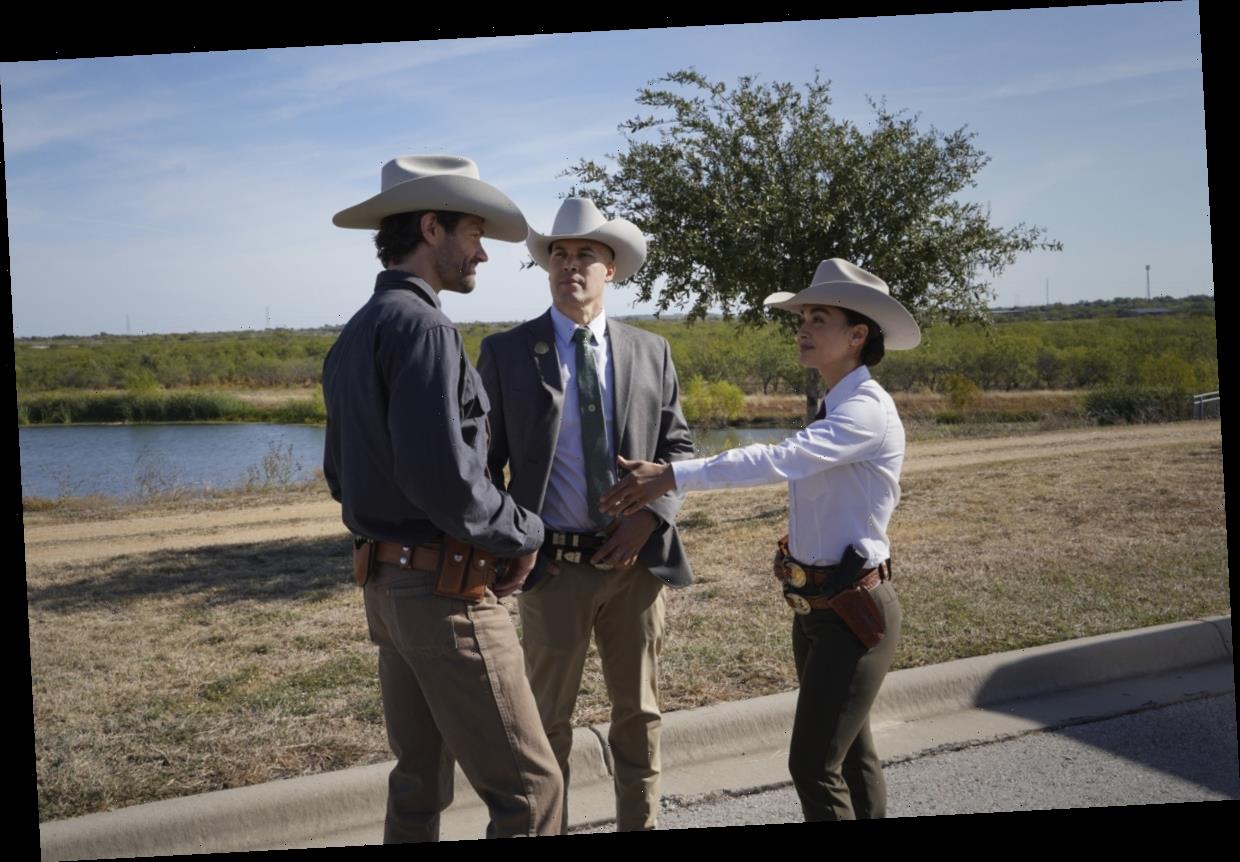 Walker, Texas Ranger made Chuck Norris’s roundhouse kicks a meme. The CW’s new Walker isn’t quite so Karate centric. Jared Padalecki plays Cordell Walker and he’s not a martial artist. There are new characters, too, like Walker’s partner Micki (Lindsey Morgan), his Captain (Coby Bell) and family (Mitch Pileggi, Molly Hagen, Keegan Allen, Kale Culley and Violet Brinson. One of them did a roundhouse kick in the series premiere, and it wasn’t Padalecki.

[Spoiler alert: This article contains spoilers for the roundhouse kick in the Walker premiere.] 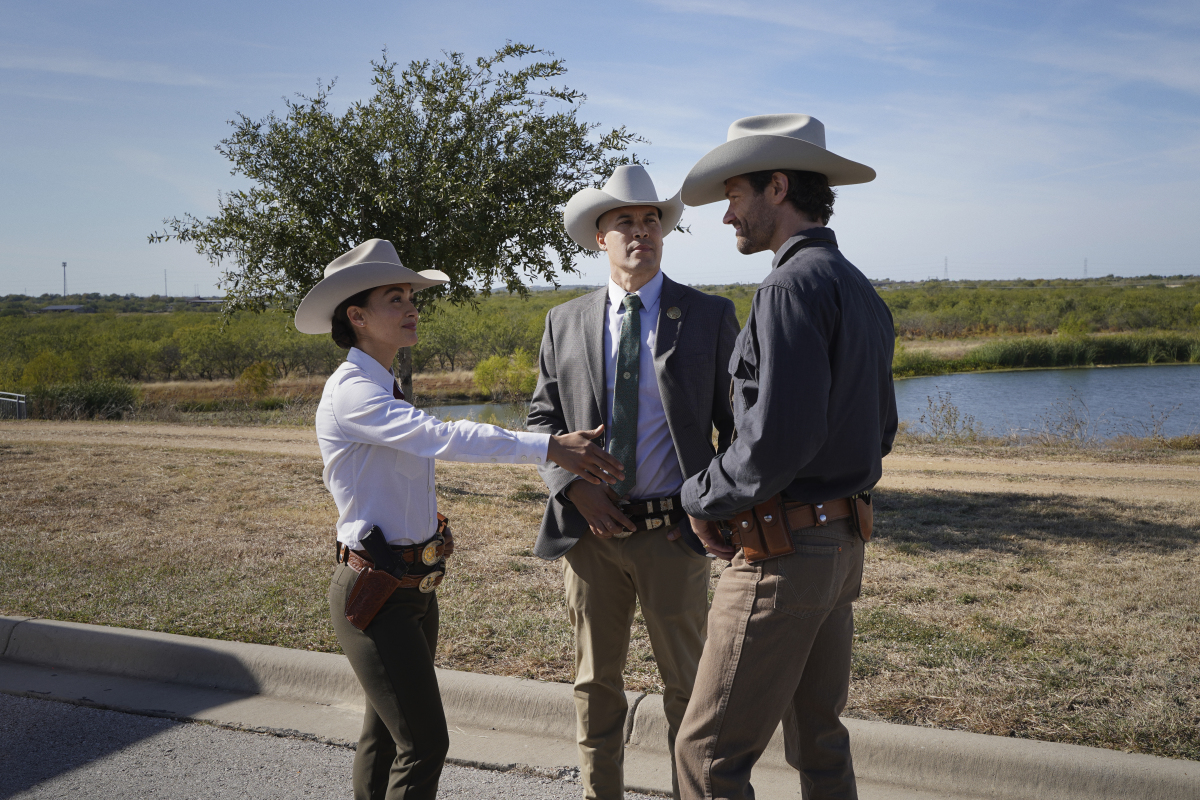 Lindsey Morgan spoke with Showbiz Cheat Sheet by phone from the set of Walker in Austin, Texas. Morgan delivers the show’s roundhouse kick in the series premiere and discussed her kicking skills. Walker airs Thursdays at 8 p.m. on The CW.

Lindsey Morgan is the Chuck Norris of Jared Padalecki’s ‘Walker’

Micki and Walker’s first case involves the assault of a police officer. They follow the leads to a gang hideout and pursue the fleeing suspects. Micki delivers the signature Chuck Norris kick to get Walker off to the right start.

“They wrote it in and I felt like they were trying to give an homage to Chuck Norris, but I crushed it because of my martial arts training,” Morgan said. “So all me, no stunt doubles.” 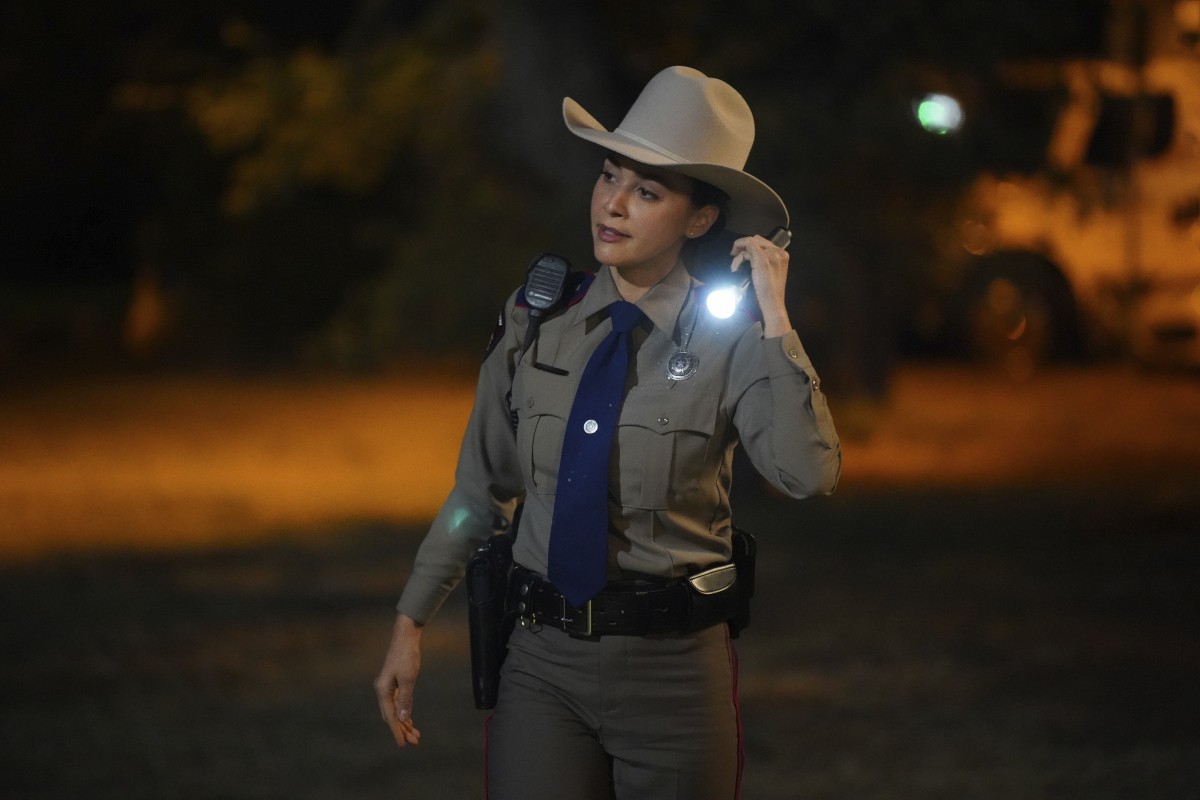 You can expect a lot more of Morgan’s martial arts on Walker.

“Definitely coming up, not sure how much I can tease but next episode is pretty wild,” Morgan said.

Lindsey Morgan was already training for martial arts before ‘Walker’

Morgan’s skill also came in handy for her movie Skylin3s. When Morgan spoke to Showbiz Cheat Sheet for that movie, she described her personal martial arts training before even Walker. 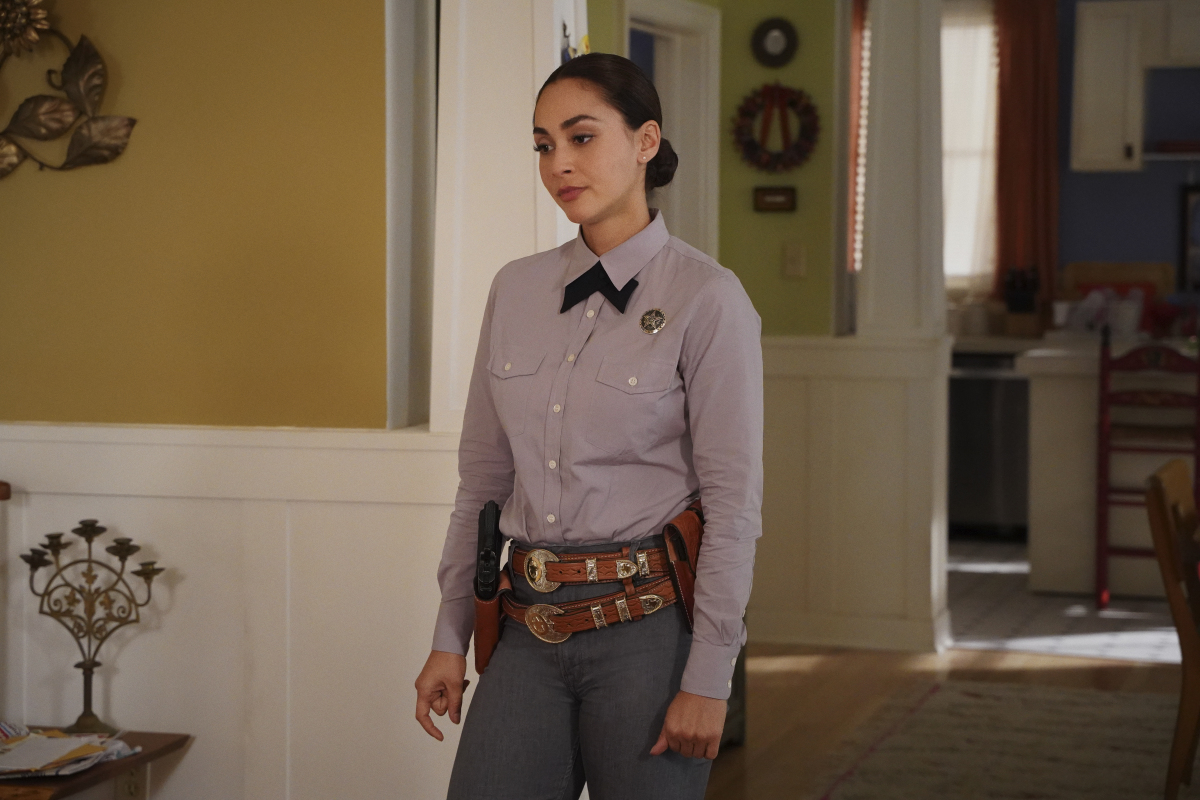 “I had been learning Thai kickboxing and Muay Thai just on my own, as a workout and something new to do, like a new hobby,” Morgan said. “So I was lucky that I had these skills already that I got to bring into Skylin3s and kind of get to showcase them. I really didn’t get to do too many stunts in The 100 so it was pretty exciting to me.”

The roundhouse kick gives Micki something distinct over Walker. When Morgan is in scenes with Padalecki and Bell, they tower over her. She’s still figuring out how to stand next to them.

“I have a joke on set because oftentimes Jared and I are dressed similarly,” Morgan said. “So I call him the Schwarzeneger to my DeVito because we’re basically twins. So it is kind of funny but people also don’t realize that Jared and Coby, when they’re in their boots and their hat, it adds literally nine more inches to them. There was a moment in the pilot where I’m just literally staring, like my neck is completely craned up looking at them.” 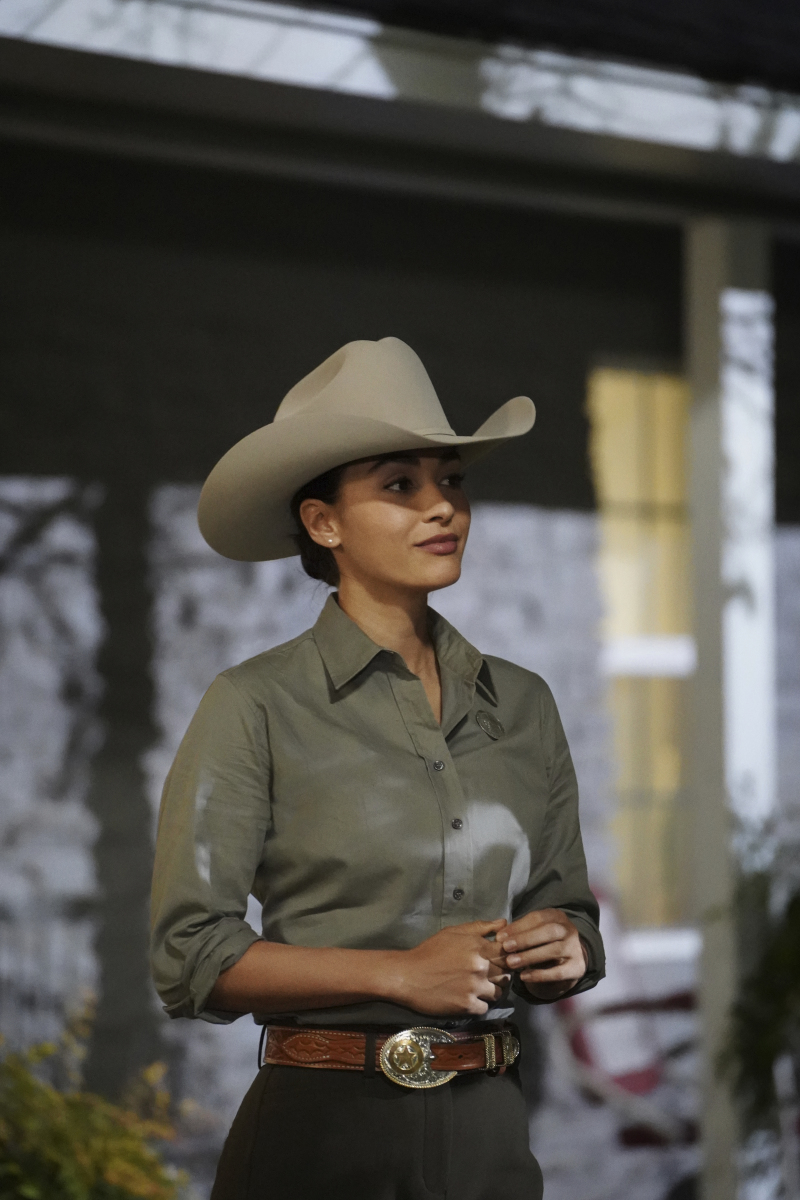 So far, Morgan has not used any off screen props to enhance her height. She’d be open to standing on a box.

“I’ve yet to be given an apple box,” Morgan said. “I don’t know why. I feel like at times I look extremely short and I would love an apple box but I don’t have any. All me.”