Virgin River season one contained some major revelations as it followed Mel Monroe’s (played by Alexandra Breckenridge) story after she moved to the small town. The new season is released on November 27 so Express.co.uk has compiled a round-up of everything you need to remember heading into this.

What happened in Virgin River season one?

Throughout the whole first season, Mel is dealing with some unknown trauma from her ex-husband Mark (Daniel Gillies).

By the season finale, it was revealed he had died in a car accident, leaving her struggling to deal with her grief.

However, at the same time, she was growing closer to local bar owner Jack Sheridan (Martin Henderson) throughout the series.

The pair finally admitted their feelings for each other in episode eight and went on a date in the ninth outing.

All seemed to be looking up for the pair who kissed and began dating just before the finale. 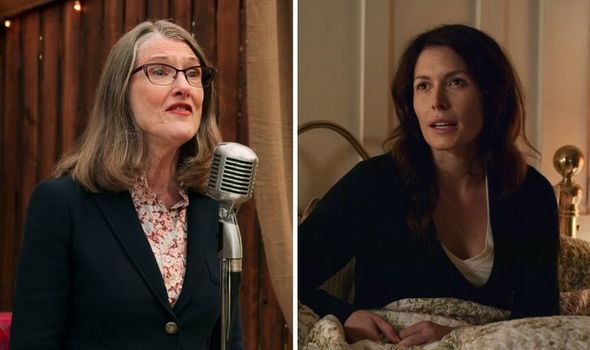 However, a spanner was thrown in the works for Jack and Mel’s romance after Charmaine Roberts (Lauren Hammersley) revealed she was pregnant.

While Jack was adamant he still wanted to be with Mel, the nurse practitioner found the news hard to take.

This was because she had struggled to conceive herself and had desperately wanted children.

Despite agreeing to try and work things out with Jack, in the finale Mel packed up her belongings and prepared to leave Virgin River. 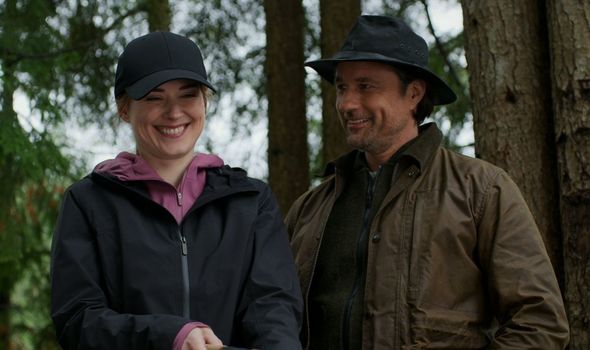 Hope McCrea (Annette O’Toole) landed herself in trouble in the season finale when she revealed the news about Charmaine’s pregnancy to Mel.

Jack removed her from his life as a result, leaving Hope heartbroken and rethinking her choices.

As a result, she opened up to Doc Mullins (Tim Matheson) about how she wanted to give their marriage another chance. 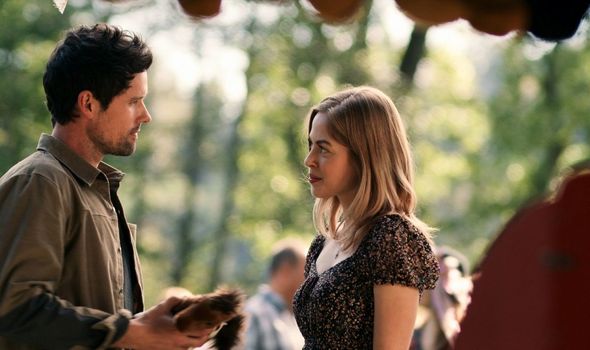 Throughout season one, it was slowly revealed Paige Lassiter (Lexa Doig) had a secret to hide.

Preacher (Colin Lawrence) was able to figure this out and Paige later confided in him how she had to leave her ex-husband as he was abusive.

She had moved to Virgin River and assumed a new identity with her son to get away from him.

However, her past caught up with her in the finale when her ex-husband found out where she was.

Viewers were left worried for her safety when Preacher went to her home to find she had disappeared. 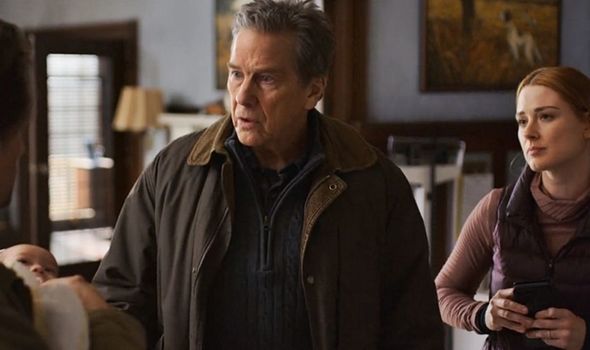 Mel’s sister Joey Barnes (Jenny Cooper) revealed she was going through some marital issues in season one.

The last viewers saw of her, Mel was vowing to move back home to be closer to her.

Dan Brady (Benjamin Hollingsworth) was the bane of Preacher’s life in season one as he refused to take his job seriously.

As a result of feeling undervalued, the troublemaker was also tempted by an offer from local crime boss Calvin (David Cubitt) to come work for him.

In the finale, viewers saw him meet up with the shady character on the outskirts of Virgin River and agree to the job.