Vikings brought a number of fans to tears last night as Lagertha (played by Katheryn Winnick) was killed off. The character has been in the show since its first episode. After a glorious battle, the shield maiden attempted to relax in Kattegat – but fate would not allow it.

Years after the Seer had predicted it, a son of Ragnar Lothbrok (Travis Fimmel) was the person to lay the final blow on the warrior – Hvitserk (Marco Ilso).

After envisioning Lagertha as a giant man-serpent, he attacked without hesitation.

And, unfortunately, this was the end of Lagertha’s reign, as she died alone in the streets, after protecting her family and people so diligently for so long.

However it has now been revealed the actor, Katheryn, wanted to be killed off in the final season.

READ MORE: Vikings Valhalla cast: Who is Freydis? Will Freydis appear in the Vikings spin-off? 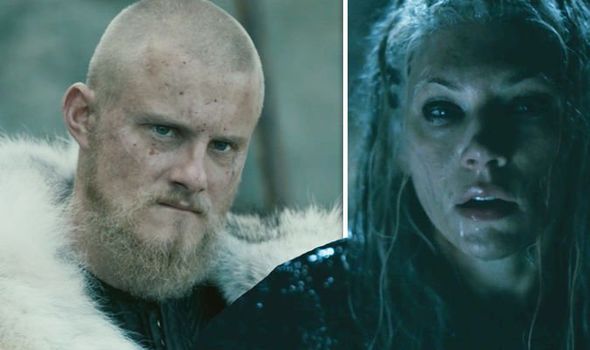 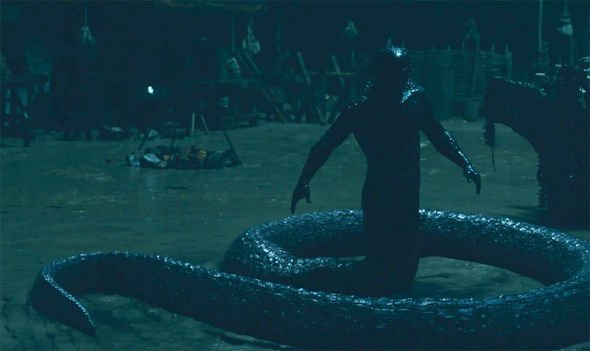 Speaking to TV Line, Katheryn spoke about essentially demanding an end to Lagertha’s journey before the end of the season

She told the publication: “In terms of Lagertha’s story, I couldn’t ask for a better death.

“They didn’t want to kill me off after six seasons, but I was like, there’s a time and place, guys. Lagertha’s got to go.”

Speaking about the actual means of her death, she continued: “She’s not immortal, but I wanted an epic death. I wanted something amazing.” 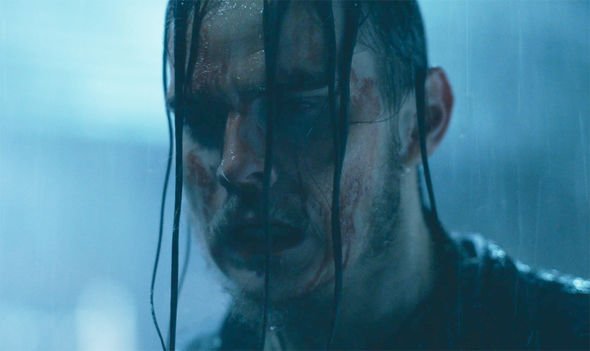 Epic is certainly what she got, as Hvitserk’s hallucination created a completely unexpected aspect to the scene, and made her death that much more shocking.

“We’ve probably killed more than 200 [characters] over the years,” Katheryn boasted. “So I knew that it could be overlooked.

“Or it could be just no big deal, or it could not be a big event, but I think Lagertha deserves something that’s different and definitely heart-wrenching.

“And I think Michael Hirst did a great job by writing that.”

Some fans online have begun speculating Lagertha’s death will not stick, and she will be back before the season ends but things don’t look good for the warrior.

Meanwhile, Ivar the Boneless (Alexander Hogh Andersen) is working hard to reclaim some sort of power.

Prince Oleg (Danila Kozlovsky) introduced her, saying: “I want to introduce you to my intended bride, this is Princess Katya.”

He went on to add: “And this is the Viking king I told you about. This is Ivar, the famous Ivar The Boneless.”

Ivar has been feeling extremely bad about killing off his girlfriend last season but will he attempt to replace her with Princess Katya?

And if so, will he be able to claim some sort of army alongside her?

Vikings season 6 continues Wednesdays on History US, and Thursdays on Amazon Prime Video.