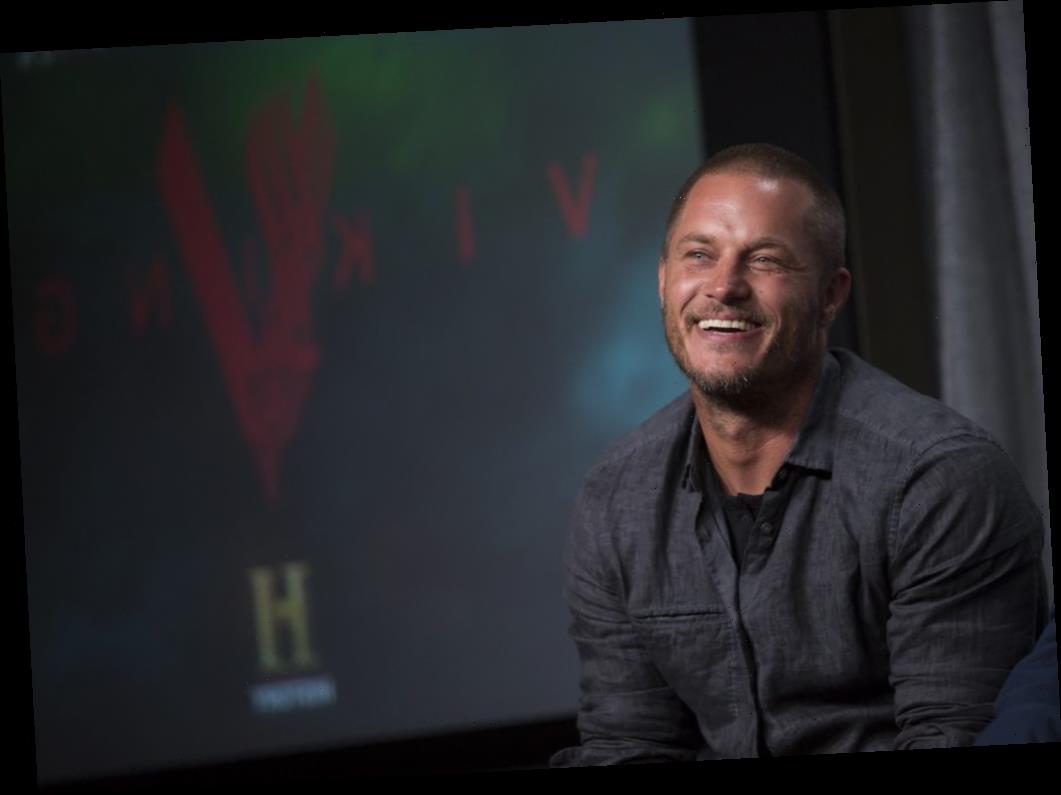 In the series Vikings, Ragnar Lothbrok (Travis Fimmel) meets his greatest friend in season 1. His name is Athelstan (George Blagden), a former monk. But just how did these two meet? We have all the details about the defining moment in the history of the series.

Ragnar Lothbrok has a desire to go west in ‘Vikings’

Ragnar is a farmer with a dream of going west. He gets posession of a device to enable the Vikings to travel over the open ocean after meeting a wanderer. Ragnar is given a sun board, which allows him to measure where they are based on the sun’s appearance in the sky. With the aid of a sunstone as well, Ragnar can detect the sun even on a cloudy day, which aids them in their journey.

But the Earl of Kattegat, Haraldson (Gabriel Byrne), isn’t going for the idea, and he insists they’ll again raid to the east like always. Despite a threat from Haraldson, Ragnar already has his friend, Floki (Gustaf Skarsgård), building a ship to take them west, and together with a trusted group of warriors, they make the trek.

How did Ragnar Lothbrok and Athelstan meet?

Using the sun board, they travel west on the open sea in episode 2 of the series. Despite a treacherous storm, Ragnar and his group make it to England at Lindisfarne in Northumbria. In a nearby monastery, Athelstan, who is a monk, believes that “judgement day” has come based on the storm, affecting them as well as the Vikings.

The next day, Ragnar and his warriors hear seagulls, finding England for the first time. The monks at Lindisfarne try to hide from the invaders who come ashore, but it’s no use. The monastery is raided and pillaged, and the Vikings kill many and abduct others as slaves. They also find treasure, which they take back with them.

Ragnar happens upon Athelstan, who is hiding behind an alter with a book. He knows how to speak old Norse, as he’s traveled before preaching. “Don’t kill me,” he pleads after falling to the ground.

“I’ve traveled,” Athelstan replies. “We are told to travel to take the word of God. Please. Don’t kill me.”

Ragnar asks him what he’s holding, and Athelstan tells him, “A book. The gospel of Saint John. I, I wanted to save it.”

Ragnar looks at the book, flipping through the pages and turning it over, unsure of why Athelstan was trying to save it.

“Of all the treasures I see in this place, you chose to save this?” Ragnar asks, as the Vikings don’t have anything like it.

Athelstan says, “Yes,” to which Ragnar inquires further, picking Athelstan up and getting in his face. Athelstan reveals, “Because without the word of God, there is only darkness.”

Ragnar lets him keep the book, and he abducts Athelstan, saying to his brother, Rollo (Clive Standen), “He is worth more alive to sell as a slave.”

When they return to Kattegat, Haraldson confiscates all the treasure, but everyone is allowed to take one thing from the hoard. Ragnar chooses Athelstan at first as a slave, but the two become best friends, teaching each other many things, including religion. They are soon family to one another, and Athelstan becomes a Viking as well, although he’s torn between both of his religions for many years.

Ragnar admits years later that Athelstan is the only one he can trust, and they become inseparable as time goes on. But Floki kills Athelstan in season 3 as he’s jealous of their friendship and he thinks he is given a sign from what he believes are his gods that blood must be spilled. Ragnar is never the same after the loss of his friend, whom he mourns his entire life.