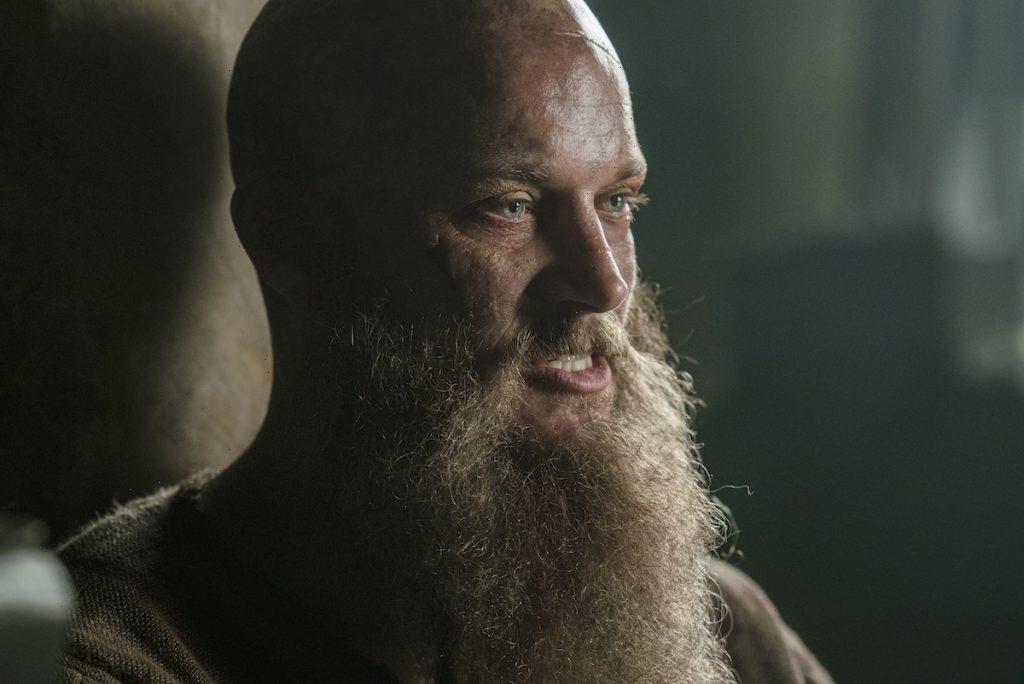 In the hit series Vikings, two love triangles come to mind that seem to overpower all the other relationships seen on-screen. Ragnar Lothbrok (Travis Fimmel) and his two friends Athelstan (George Blagden) and Floki (Gustaf Skarsgård) are one of them. The other involves Ragnar and his first wife, Lagertha (Katheryn Winnick), and Ragnar’s second wife, Aslaug (Alyssa Sutherland). Fans recently voted in a poll in regards to the “best love triangle” in the series between the two options. We have all the details to know about it.

Ragnar is the main character of the series. He abducts Athelstan, who is a former monk, in the first raid on England. They become the best of friends, and Athelstan becomes a Viking as well. Floki is a good friend to Ragnar, and he even builds him the ship that takes them west for the first time. He saves his life as well, proving the magnitude of their friendship. But once Athelstan seemingly takes Floki’s place, trouble brews. Floki never liked or trusted Athelstan, and he murders him. Jealousy was probably a part of it, and Ragnar is never the same again after his best friend’s devastating loss.

Ragnar, Lagertha, and Aslaug in the series ‘Vikings’

Lagertha is Ragnar’s first wife, who gives him two children. They are quite happy for a time until Lagertha has a miscarriage. Ragnar, obsessed with a prophecy that he will have many sons, then cheats on her with Princess Aslaug, and he gets her pregnant. She comes calling some months later heavily pregnant, and Lagertha decides to leave when Ragnar says she needs to “accept” Aslaug. She divorces Ragnar, and he ends up marrying Aslaug, who has four children with him. However, Ragnar and Lagertha still care for each other, which is apparent throughout the series, which Aslaug also sees and doesn’t like.

On June 22, 2021, a fan of the series made a poll on Reddit of the “best love triangle” in the series. The post is titled, “[no spoilers] Best love triangle in the show?” 201 people participated in the poll, with the choices as “Ragnar, Lagertha, and Aslaug,” or “Ragnar, Athelstan, and Floki.”

Ragnar, Athelstan, and Floki is the clear winter with 163 votes. Ragnar, Lagertha, and Aslaug only received 38 votes, so it’s clear who the fans favor between these dynamic love triangles.

Both are good choices, as these love triangles in the hit series kept us guessing and entertained for years. It’s always great seeing polls like this about our favorite shows. It’s clear the fans polled prefer the friendship love triangle between Ragnar, Athelstan, and Floki.

Although the series might be over, fans can always rewatch the show to relive every moment in these fascinating love triangles that last for some years. We know that’s what we’ll be doing.