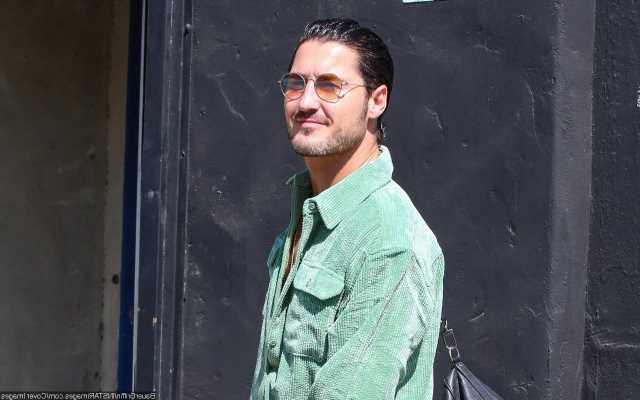 While he may be disappointed for not being able to perform in the Monday, October 31 episode of the show, Val believes that his dancing partner Gabby Windey and his replacement Alan Bersten are ‘gonna do a great job.’

AceShowbiz –Valentin Chmerkovskiy will not perform alongside Gabby Windey in the next episode of “Dancing with the Stars“. Having been forced to skip the Monday, October 31 show after testing positive for COVID-19, the professional dancer said he’s “very disappointed.”

The 36-year-old broke the news on Friday through an Instagram video. “I’ve got some bad news, I unfortunately tested positive for COVID and will not be able to perform this Monday,” he said. “It sucks majorly – for lack of a better, more profound word. But the good thing is that Gabby tested negative so we’re still in it.”

“The great thing is that we have some awesome pros on the show, one of them being [Alan Bersten] who’s gonna step in, learn the routine and partner with Gabby this Monday,” Val added. Reassuring fans that he would “be back next week,” he encouraged them to “vote us through another week.”

Val then expressed his disappointment over his absence. “This is a huge bummer, I’m very disappointed,” he lamented. “I feel like I let some people down, and selfishly, was really looking forward to this week’s routine, being Halloween, being Argentine Tango. I really love this routine but the good thing is Gabby knows it, Gabby’s ready and Alan’s gonna do a great job and you guys are gonna vote us through, so I’ll be back next week.”

Before concluding the clip, Val told his online devotees, “Again, thank you for all your support all season long.” He then emphasized, “I feel fine, I will be back – this is a minor setback for a major comeback, and thank you.”

In this week’s episode, Val and Gabby were dancing a Rumba to Michael Buble‘s “Home”. Of their routine, judge Derek Hough raved about Gabby’s leg action, though he noted that it didn’t feel grounded enough for a Rumba. Bruno Tonioli loved her shapes and called the dance “perfect.” Michael, who appeared as a guest judge, said it was the sexiest version of the song he’s seen. Gabby earned 46 out of 50.