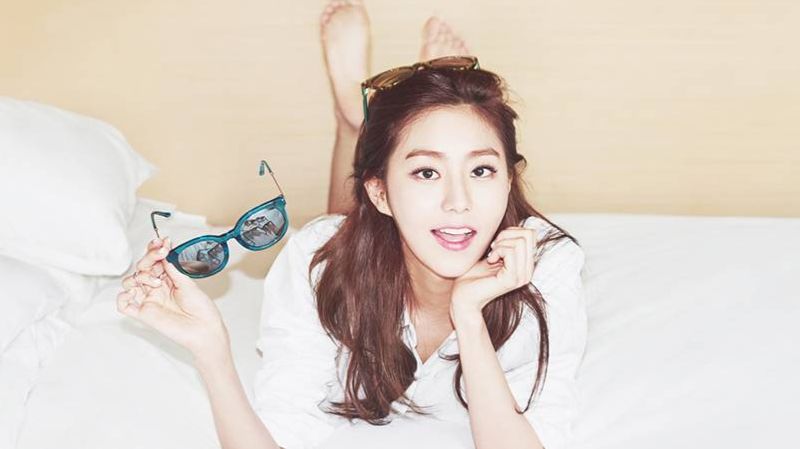 Kim Yu-jin — also known as Uee (often stylized in all capital letters or romanized as U-ie) — will no longer be tolerant when it comes to malicious comments. Reportedly, she will take strong legal action against them.

Earlier this week on Monday, December 3, 2018, Yeolum Entertainment (Good Entertainment), Uee’s agency, provided a statement to the press on the matter. In it, they detailed they’ve been aware of said malicious comments, how they’ve affected Uee, and the legal action they will pursue.

“Hello, this is Uee’s agency, Yeolum Entertainment. We would like to inform you that we intend to take strong legal action in response to malicious criticism, false information, personal smears, and other acts of slander against Uee found in malicious comments online.

We have always been aware of this problem of malicious behavior toward Uee, but we restrained ourselves from responding because we believed that this was part of the daily life of an actor that they had to accept in order to receive love and support from the public.

However, she has suffered for a long time because of the sheer volume of online comments, and we have judged that it has passed the point where we can overlook it. In order to protect the rights and interests of our artist, we will be responding legally to malicious comments online that spread false information and slander the artist.

We are always grateful for the many fans who send Uee their love and support, and Uee will continue to build her good relationship with the public. Thank you.”

Crusade against malicious comments in Hallyu

Uee is just the latest of many Hallyu acts who are finally standing up and taking legal action against malicious comments made against them this year.

To be fair, agencies have taken legal action against malicious comments in the past but not to the level they are taking it now. Before, offenders would receive the equivalent of a “slap on the wrist”. Now they are getting sued.

Will Uee go to the same extremes as SM Entertainment?

Right now, we don’t know if Uee or her agency will go as far as to slap lawsuits against malicious commenters. However, it is becoming more of a norm for agencies to do so especially when Korean entertainment is more international than local these days. We will have to wait and see what Yeolum Entertainment decides to do legally.

As for Uee, this gives her the peace of mind to concentrate on her current role as the female lead in Korean Broadcasting System (KBS) weekend nighttime K-drama, My Only One.

The series is about halfway through as it will continue to air up presumably to March of 2019. Needless to say, Uee needs to stay focused on her role in it as it is very popular in its time slot — almost reaching 40 percent in viewership, as recorded by AGB Nielsen Korea, for both the nation and Seoul on its 48th episode airing last Sunday, December 2, 2018.

The K-drama can be watched online for those living in North and South America on Rakuten Viki. The series is free-to-watch with the exception of the 12 latest episodes. Viewers will need a Viki Pass with Kocowa subscription to access them.