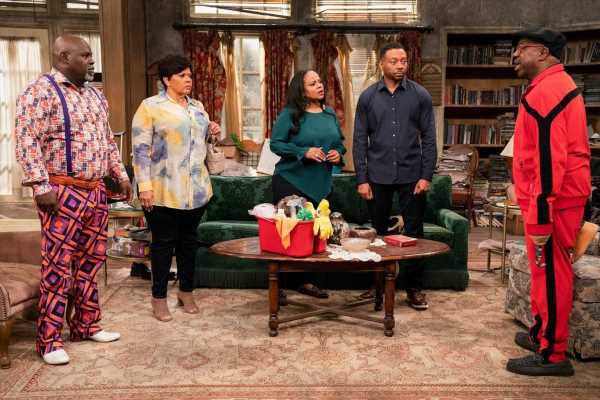 A new season of BET’s hit tv show, Tyler Perry’s Assisted Living, premieres tonight. The show takes a comedic look at a father and a grandfather who run a home for the elderly. In this exclusive interview with David and Tamela Mann, we take a look at what to expect in this new season of the show.

You have been working with Tyler Perry for quite some time, going all the way back to his stage play days. Tell us how you first met him, and how working with him has evolved over the years.

David Mann: We first met him back in 1999 so it’s been a while. I went down to Chicago went he was doing his first major play, I Know I’ve Been Changed, and I used my frequent flyer miles to go meet him and audition for the first film, I Can Do Bad All By Myself. That was the first one we ever did with him and the next thing you know, we were Mr. Brown and Cora.

Tamela Mann: Working with him has evolved a lot! To even see the trip from stage plays to movies to television… to just see him grow as a director has been amazing.

David Mann: Director, actor, producer, mogul… you know, all of that has come full circle because when he first started, he was the guy that helped set up the stage and do everything. Now, to have a studio where he can say ‘hey, build me a city’ and it happens you know, it’s evolved a lot.

You first reprised your current roles on ‘Tyler Perry’s Assisted Living’ from “Meet The Browns” all the way back in 2019. Tell us what it’s like to have such beloved characters that have lasted through the years, and through different shows.

David Mann: It was a cool transition how it happened and it seems to be getting better and better. And we never could’ve imagined when we started these characters all those years ago. You see little kids now identify with the characters like their parents would or their grandparents would. We’ve played these characters for over 20 years. So it’s been a blessing.

Tamela Mann: We have people say to us, “oh, I’ve been watching you since I was a kid,” and I’m like ‘wow, that makes us feel real young!’ [sarcastic]

Can you give us a sneak peek on what we can expect from the show this season?

Tamela Mann: What you can expect from Tyler Perry’s Assisted Living is the unexpected! And the new characters and stories are so funny. There are some things that are heart-felt or tear-jerking. They really make you think about how older people are treated, how to go about taking care of them and making sure that they still feel like they are a part of life.

David Mann: We address a lot of issues in it like social work and justice, senior citizens, and love. We touch on a lot of different things.