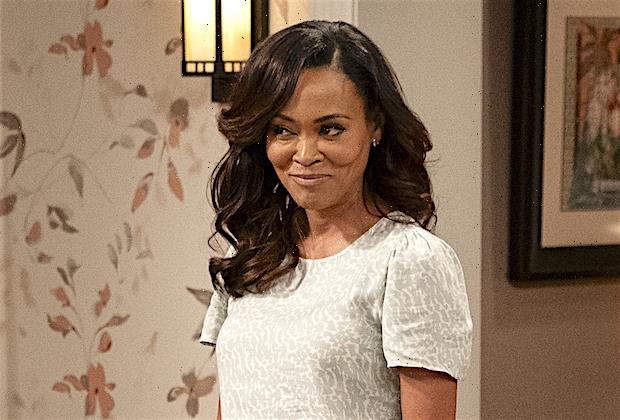 A Head of the Class alum will return as a mom in HBO Max’s upcoming reboot: Robin Givens is set to reprise her role as honors student Darlene Merriman, which she played on the original ABC sitcom 35 years ago.

The forthcoming multi-cam series follows a group of overachieving high school students who meet their greatest challenge — a teacher (played by One Day at a Time‘s Isabella Gomez) who wants them to focus less on grades and more on experiencing life.

Now known as Darlene Hayward, Givens’ character is a single parent to one of the students. “She’s still Darlene Merriman, but her last name has changed,” the actress tells the site. “She’s become a lawyer, she’s a single mom and very close to her son and very much a mama bear. She’s Darlene Merriman, all grown up.”

* The G4 network — which went off the air in 2014 — will return to linear TV on Verizon FiOS, Cox, Xfinity TV and Philo, beginning Tuesday, Nov. 16, our sister site Deadline reports.

* Melanie Lynskey (Castle Rock, Two and a Half Men) has joined Jessica Biel in the Hulu limited series Candy, based on the true story of Candy Montgomery (Biel), who killed her friend Betty Gore (Lynskey) with an ax, per Deadline.

* PaleyFest NY 2021 will feature panels for Succession, YOU, SEAL Team, Gossip Girl, Fear the Walking Dead, New Amsterdam and “A Salute to Chuck Lorre & His CBS Comedy All-Stars.” The programs will be made available to Citi cardmembers and Paley Center members on Tuesday, Oct. 12 at 10 am ET, and to the general public via the Paley Center’s YouTube channel on Friday, Oct. 15 at 10 am ET.

* Masters of the Universe: Revelation Part 2 will premiere Tuesday, Nov. 23 on Netflix.