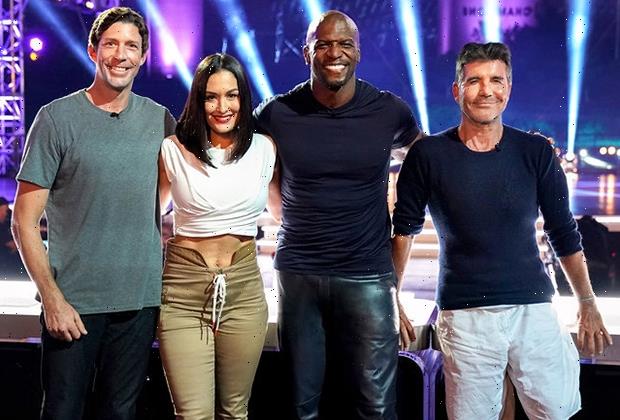 A former WWE Hall of Famer and an X Games gold medalist are helping NBC take America’s Got Talent to the extreme.

Nikki Bella and Travis Pastrana is joining Simon Cowell as judges of the upcoming AGT: Extreme. Meanwhile, Terry Crews will remain with the franchise as its host.

Expected to premiere midseason, this latest AGT offshoot “will showcase the most outrageous, unique and jaw-dropping acts of enormous scale and magnitude that simply cannot be confined to a theater stage. Each week contestants will go head-to-head in the most wild, intense and often times beautiful performances to vie for a $500,000 prize and the ultimate title, the champion of America’s Got Talent: Extreme.”

* Daniel Lissing, who on When Calls the Heart played Jack Thornton, will reunite with former co-star Lori Loughlin in the Season 2 premiere of the spinoff When Hope Calls, airing Saturday, Dec. 18 on GAC Family. Per Deadline, Lissing’s role “is being kept under wraps.”

* Hunter Clowdus, who has recurred on The CW’s All American as JJ Parker since the football drama kicked off in 2018, has been promoted to series regular ahead of the show’s Season 4 premiere (Oct. 25, 8/7c), Deadline reports.

* All 16 episodes of Leverage: Redemption Season 1 will be available to stream in the UK on IMDb TV starting Friday, Oct. 22.

* Disney+ has released a trailer for the documentary Fauci, premiering Wednesday, Oct. 6: