With the summer holidays upon us, there's no better time to carve out a few hours for a brilliant show you can binge on.

Below, a dozen programs to reward those with an appetite for good TV. 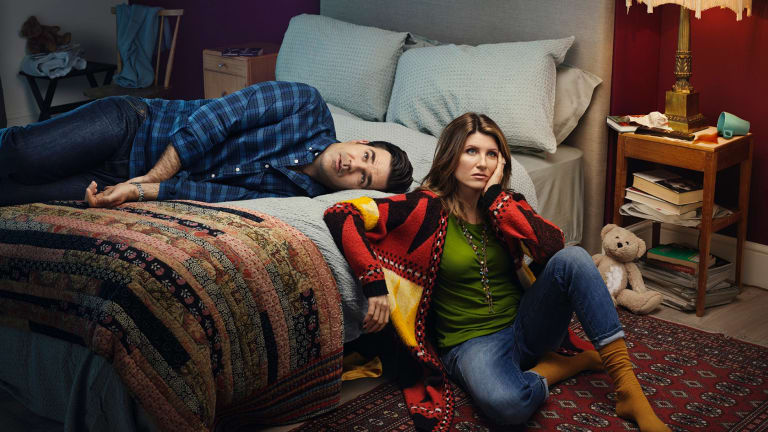 The imminent fourth season is destined to be the last, but there's three seasons on iview to prepare one for what promises to be a reluctant last hurrah. – Paul Kalina

Watching this bone-dry British comedy one quickly suspects that creator and actress Jo Brand has little faith in the powers of government institutions and their apparatchiks – in this case a department that looks after the social welfare of children and families that have fallen through the cracks. But when it comes to the innate decency of ordinary folks, she appears to be considerably more optimistic, if altogether disinterested in platitudes.

Brand and Alan Davies are social workers navigating the chaos of a hopeless and failing bureaucracy as well as their own messy home lives. One part workplace comedy, one part blistering satire of do-gooder welfare organisations, Damned should strike a chord with fans of Brand's distinctively dry, pointed and unsentimental comedy. – PK 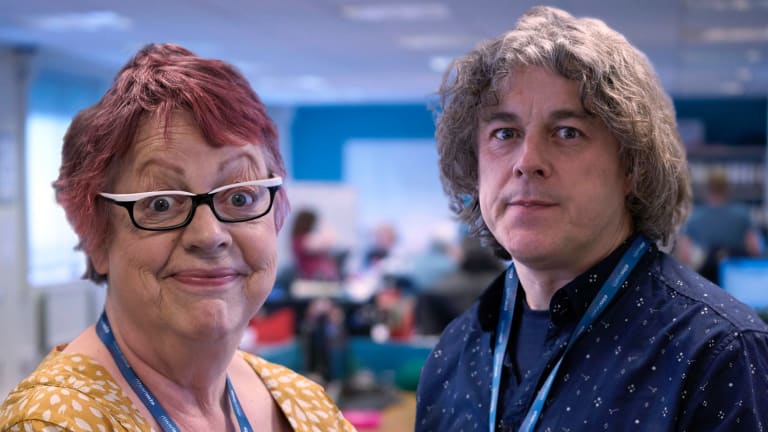 Long before he became the author of Jurassic Park, Michael Crichton wrote a screenplay based on his experience as a medical student in a busy hospital emergency room. Dusted off decades later it became ER, the critically acclaimed medical drama which launched the careers of George Clooney, Julianna Margulies and others. There is a dark majesty to ER which places it alongside television's finest, such as St Elsewhere, Hill Street Blues or LA Law. The first five seasons are here, a sort of goodie bag of Clooney-Margulies goodness, including that brilliant pilot, Carol Hathaway's drug overdose, the blizzard episode and the episode directed by Quentin Tarantino, and that's all just in the first season. – Michael Idato. 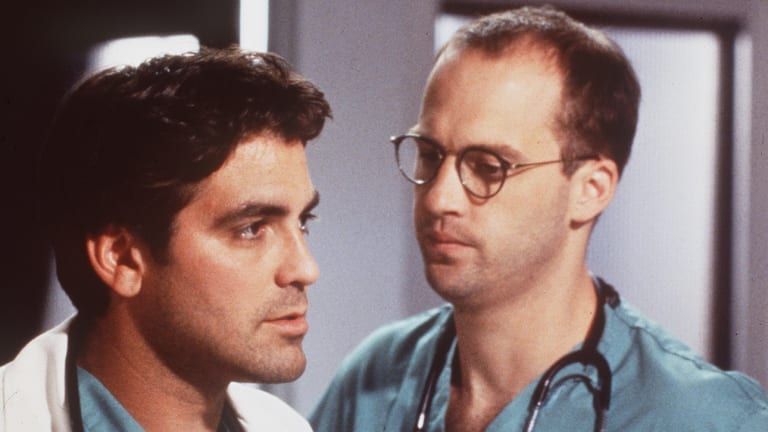 Line of Duty (Netflix and Stan)

The buzzy thriller Bodyguard (Netflix) has won British writer and producer Jed Mercurio an army of fans, who now may want to delve into his equally binge-worthy police thriller series Line of Duty. The series kicked off in 2012 with a pulse-racing, scene-setter in which an innocent man is killed in a bungled anti-terrorism raid. When one of the leaders of the raid refuses to participate in a cover-up, he is shuffled off to an anti-corruption unit, whose dog-with-a-bone boss is intent on bringing down an anointed "hero" of the force who may or may not be playing by the rules. Mercurio reveals himself to be a master story-plotter with a keen interest – cue Bodyguard – in the procedures of police and intelligence work and the vulnerabilities of those organisations' masters and wage-slaves alike. – PK 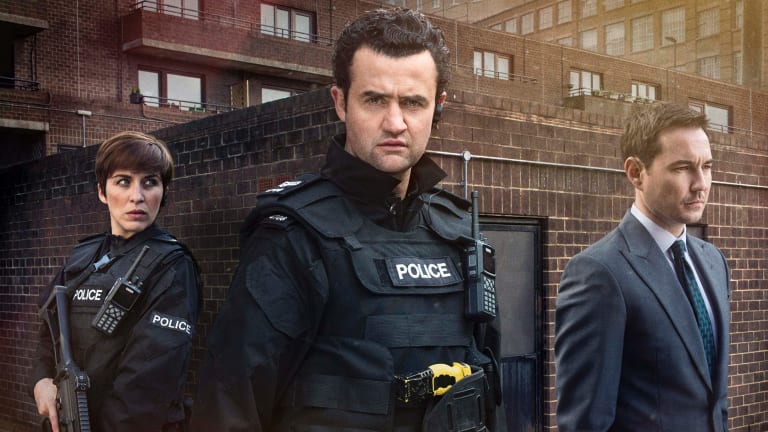 Line of Duty is a binge-worth police procedural by British writer and producer Jed Mercurio.Credit:Mikel Camara

British playwright Mike Bartlett (Mrs Foster) created this nuanced drama, which is set in the twilight days of Fleet Street where two rival newspapers fight over the scraps of scoops, scandals and declining ad dollars. Ben Chaplin is hypnotic as the mercurial and temperamental editor of the red top Post, his counterpart at the left-leaning Herald a dogged, old-school editor played by Charlotte Riley. In an era of high-concept TV, there's a reassuring and satisfying classicism to this BBC drama as it peels back the layers of its multifaceted characters, whose motives, politics, leanings and predicaments aren't as black and white as they first appear. – PK 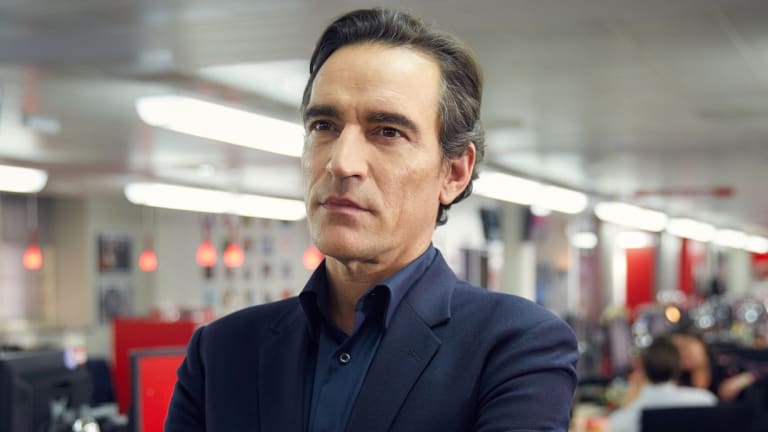 What at first seemed like an impossible ask – to reboot the 1960s-era American comic book Archie as a moody, contemporary drama – has transformed into a Pandora's box of dark delight. The primary colours and dimple-cheeked cheese of the comic book is binned, and instead the rebooted town of Riverdale owes more to Twin Peaks than, say, Peyton Place, or even the Milwaulkee of those Happy Days. Most of the comic book's key characters are here – the Archie gang and Josie and the Pussycats front and centre, while Sabrina was spun off to her own even darker series – but the tonal notes are very different from the Archie you grew up with. Equal parts Peyton Place meets Dark Mirror, this is ultimately Roberto Aguirre-Sacasa's subtle and suave love letter to David Lynch. – MI 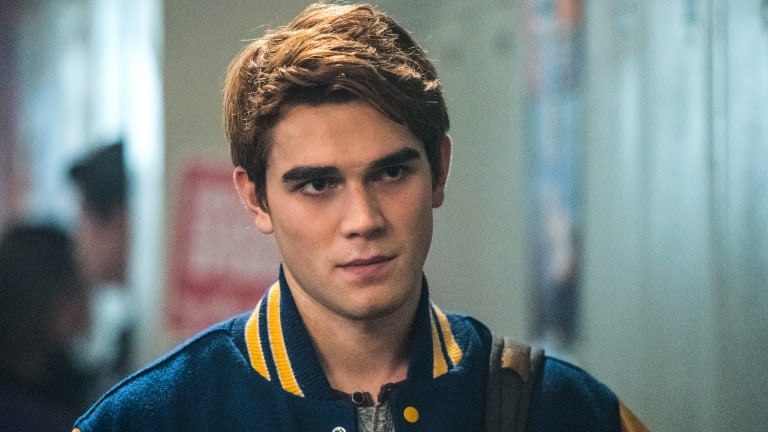 The Americans (Foxtel on Demand)

Few series deliver an ending as perfect as the one that wrapped six seasons of the outstanding Cold War espionage thriller, The Americans, earlier this year. It had everything: knife-edge suspense, emotional depth, a satisfying drawing together of a range of threads running through the series, and even a final, devastating shock development. For those who haven't discovered the myriad pleasures of this addictive drama starring Keri Russell and Matthew Rhys, a satisfying summer of viewing beckons. They play a couple of deep-cover KGB agents living in the Virginia suburbs, raising their children and posing as travel agents. 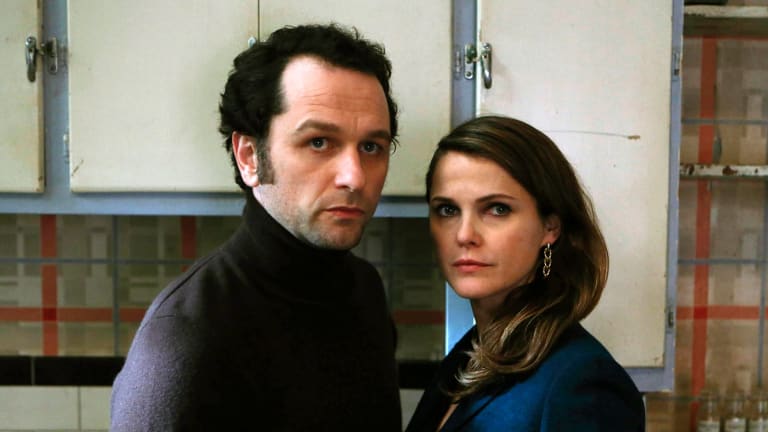 Elizabeth and Phillip Jennings are quickly revealed as ruthless and skilled spies, dedicated to their homeland but divided about their adopted country. Created by former CIA officer Joe Weisberg, this cleverly constructed series probes complex questions to do with loyalty and its costs. It ran under the radar, never seeming to attract the buzz or the accolades that it deserved. – Debi Enker 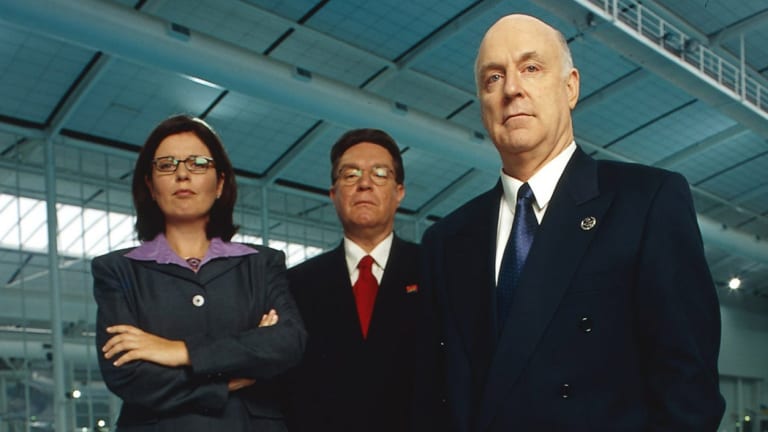 Gina Riley, Brian Dawe and John Clarke in the classic deadpan Aussie satire on the planning for the 2000 Sydney Olympics, The Games.

A brilliant, bone-dry comedy which is almost without peer in Australian cultural history – Frontline, perhaps, comes very close – which sets a torch to the dysfunction and corporate incompetence of a (barely) fictional Olympic organising body planning Australia's 2000 Games. John Clarke's head of logistics is, with Gina Riley's marketing boss and Bryan Dawe's head of accounts, a sort of unholy triumvirate of wry mismanagement, struggling to make sense of the slowly turning politico-corporate machine that encircles them. Everything from ring-in competitors, US broadcast rights, transgender athletes, the Y2K computer bug and a 100-metre track that is just 94 metres long are among the show's best riffs, turning the series into a sort of pre-Trump dark mirror of the real headlines of the day. – MI 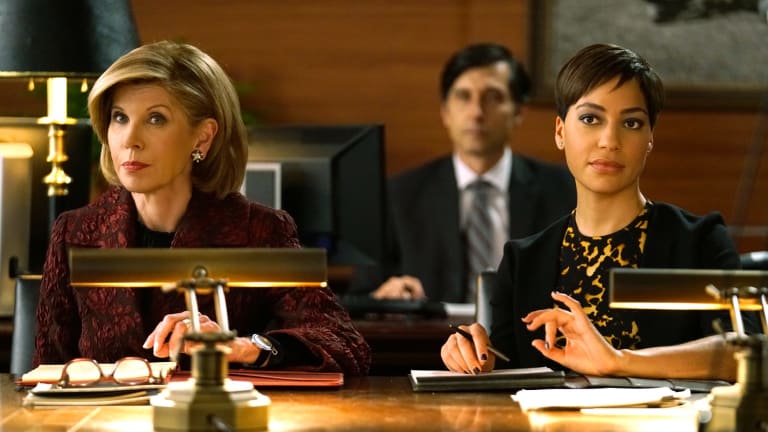 The Good Fight is an old-fashioned legal drama filled with impeccably stylish characters with the gift of the gab.Credit:CBS

In an era of high-concept dramas and more supernatural-themed thrillers than one could poke a stick at (that's you, Netflix), what's not to love about an old-fashioned legal drama filled with impeccably stylish characters with the gift of the gab? Except Robert and Michelle King's show is no run-of-the-mill legal procedural. Not least of The Good Fight's many appeals is the fiery intelligence it brings to the topic-of-the-week TV trope, mining the #Metoo movement and the scandals of the Trump presidency with fearless abandon (and often unexpected insights). Amid the seriousness, however, there's a refreshing candour and bracing humour, mainly delivered by Christine Baranski's wry, brilliant and unflinchingly moral heroine Diane Lockhart. – PK 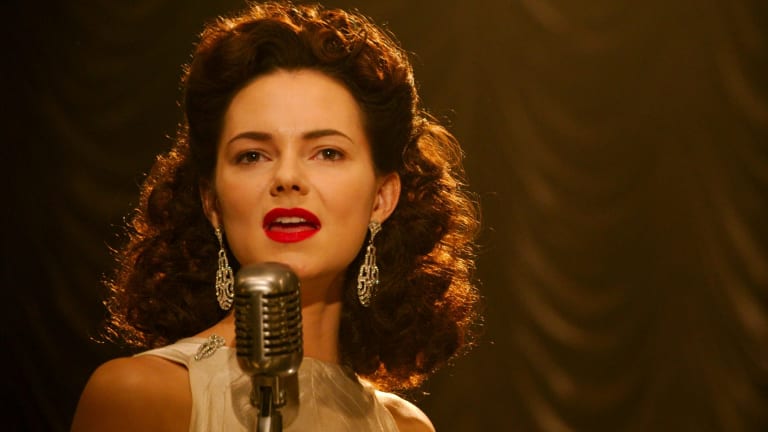 The Halcyon is a lavish saga of love, grief and betrayal set in a World War II-era posh London hotel.Credit:DES WILLIE

A grand British soap opera perfect for those inexplicably wet and cold Australian summer days. Its critics say it borrows too much from Downton Abbey but in truth this series more cleanly descended from Hotel Babylon, a lavish saga of love, grief and betrayal which uses a World War II-era posh London hotel as its stage. Alex Jennings (more lately the Duke of Windsor in Netflix's peerless The Crown) is Lord Hamilton, The Halcyon's owner, flanked by its secretive general manager Richard Garland (Steven Mackintosh) and his scheming wife Lady Hamilton (Olivia Williams). Chuck in a couple of hot sons, a slinky chanteuse and more bed-hopping than an episode of 'Allo 'Allo! and you have a very saucy soap. – MI

The Orville (SBS on Demand) 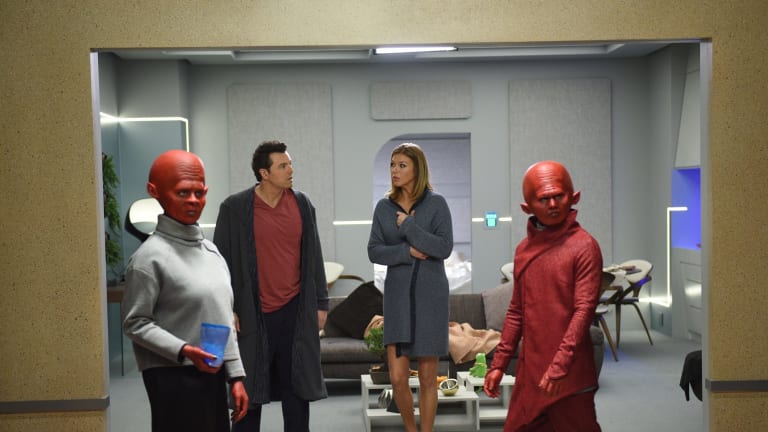 At first glance nothing about The Orville should work: science fiction comedies (Red Dwarf nothwithstanding) are generally unfunny, and this explicit hat-tip to Star Trek treats in jest all of the tropes that Trekkers traditionally treat with genuflecting reverence. And yet, perhaps because of creator/star Seth MacFarlane's well known fandom, or simply because the whole here is greater than the sum of its parts, it all falls neatly into place. MacFarlane's Captain Ed Mercer is more Kirk than Picard, burdened by the assignment of his ex-wife, Commander Kelly Grayson (Adrianne Palicki), to his ship. Hard to sum up simply except to say it's as likely to lean into a fart joke as a soliloquy on gender rights, and it's a lot of fun. – MI

Stan is owned by Nine, which also owns this masthead.