With so many entertainment options, it's easy to miss brilliant TV shows, movies and documentaries. Here are the ones to hit or skip. 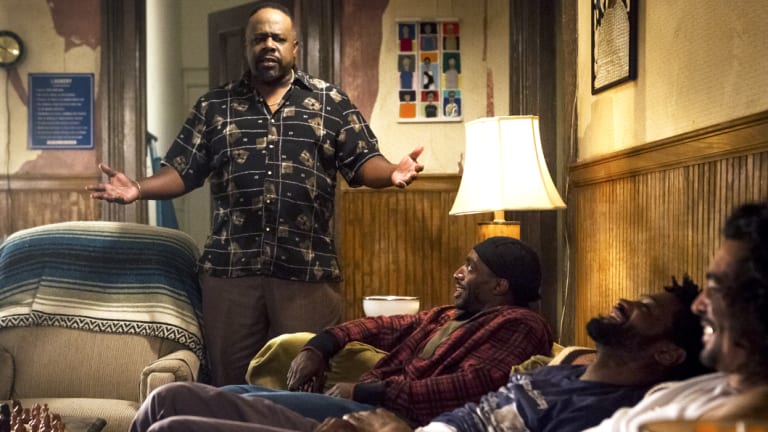 The Last O.G. is airing on Stan from December 7. Credit:Stan

Morgan plays Tray Barker, a man who has spent 15 years behind bars and returned to his native Brooklyn determined to help a new generation of black youth from making the mistakes he did. But gentrification has rendered his neighbourhood unrecognisable – overwhelmingly white, hipster and antiseptic-artisanal.

The love of his life, Shay (Tiffany Haddish), formerly a wild girl from the 'hood, is now a paragon of middle-class respectability. To Tray's consternation, Shay now has a white husband named Josh (Ryan Gaul) – and to Tray's utter shock the pair of them are raising the teenage twins that Tray never knew he had fathered.

But even before Tray gets to Shay's door he has other realities to confront. At his half-way house, he learns that there's an insurmountable oversupply of well-meaning black men fresh out of prison determined to reinvent themselves as "Laurence Fishburne in Boyz n the Hood".

There is, however, great consolation in the fact that this news is delivered by Cedric the Entertainer as his role as Miniard Mullins, a domineering half-way house boss and frustrated comedian who uses the parolees under his roof as a captive audience for his half-baked routines. 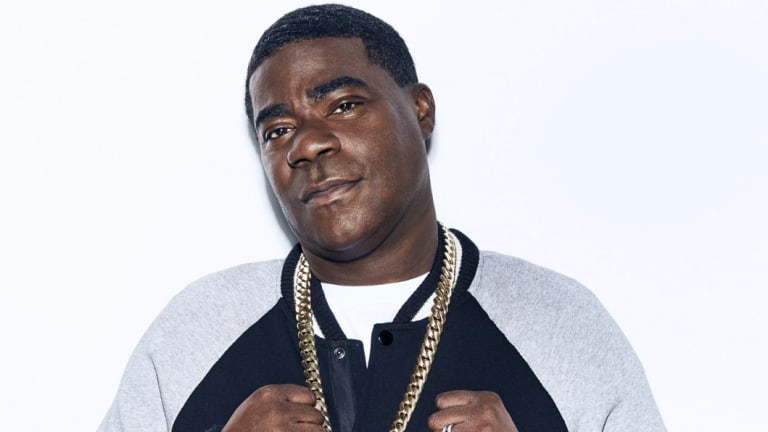 Tracy Morgan is the star of The Last O.G.Credit:Stan

The scenes in which Cedric's and Morgan's characters go back and forth at each other amid interjections from the house's other residents are the funniest in the show.

The real emotional heft, though, is in Morgan's attempts to establish relationships with his kids and the wary Shay.

It's to the writers' credit that Josh isn't a mere fifth wheel or a caricature of white lameness; he too is an essentially decent man doing the best he can. Nice. 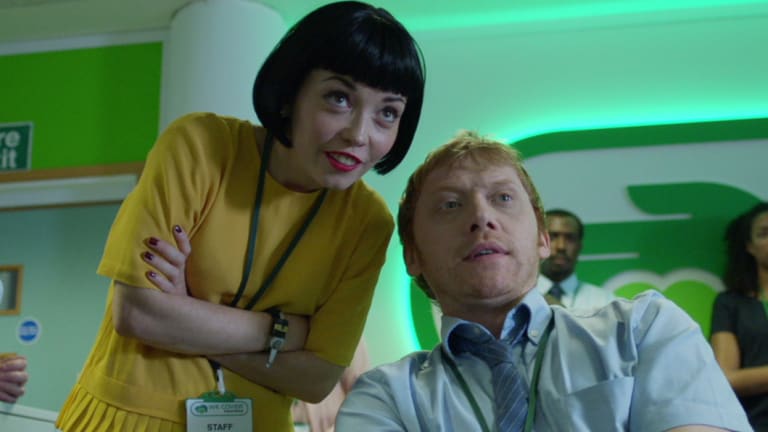 When slacker manchild Daniel (Grint) is delivered a mistaken cancer diagnosis by the incompetent Dr Glennis (Frost), it enables him to hang on to the girlfriend he was about to lose (Harlots' Pippa Bennett-Warner), as well as his job at a monstrous health-insurance company run by a monstrous American (Johnson). 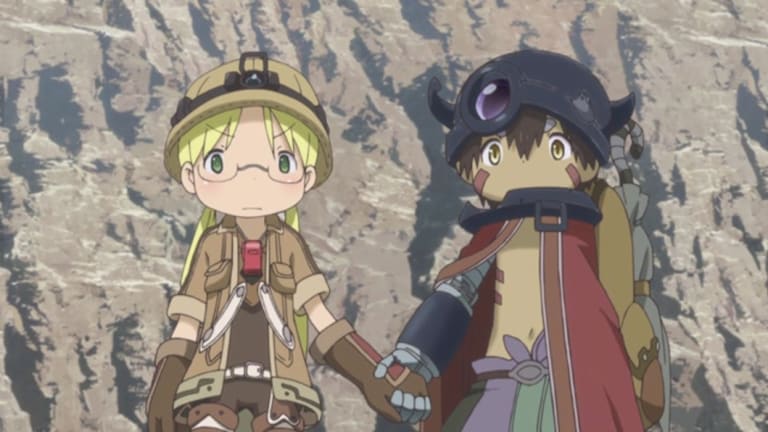 Catch Made in Abyss on AnimeLab.

Made in Abyss
Animelab

The place: a medieval-looking European city on the edge of a fathomless pit full of magical treasures and slobber-jawed monsters.

The people: professional treasure hunters and small orphans who spend their days abseiling into the jaws of death in the hope of unearthing powerful artefacts and relics.

The twist: tiny orphan Riko finds a robot boy complete with fleshy penis and anus (she checked) who might just provide her with the ultimate career hack.

The verdict: utterly bonkers, in that adorable Japanese way. 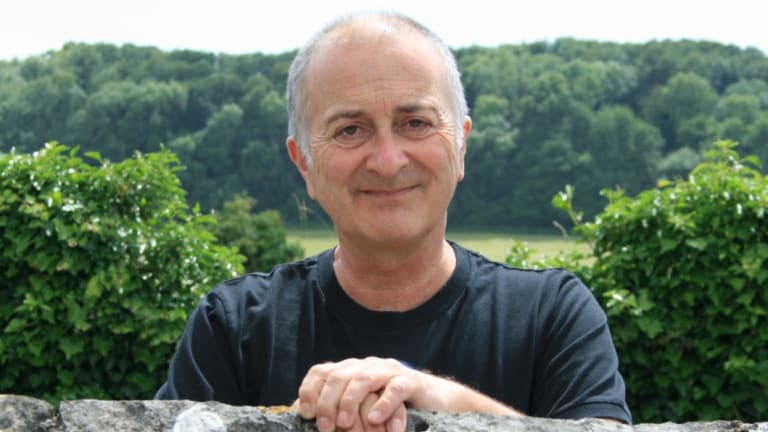 Tony Robinson is on the hunt for Gods & Monsters. Credit:Jessica Dale

The ever-curious Tony Robinson looks into what Britons of centuries and millennia past thought – and feared – about the supernatural.

Did you know, for instance, that Brits long thought that illnesses were caused by malicious elves shooting people with disease-tipped arrows? And that it was only in the 19th century that they finally stopped driving stakes through corpses to keep murderers from returning from the grave?

It's a fascinating little series, but Robinson makes sure to have fun with it too. 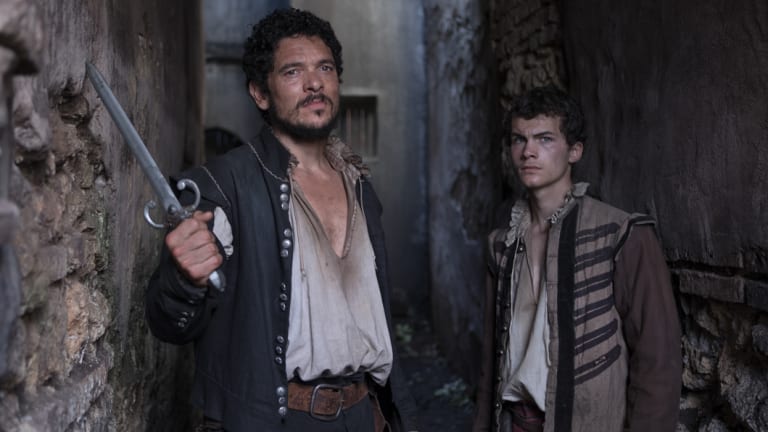 The plague isn’t the only problem in this 16th-century city.

The Plague
SBS On Demand

It's the late 16th century, and the Spanish port city of Seville is the gateway to the New World. In a riverside slum bubonic plague is bubbling away, but with money and power at stake, the big men of the city want to keep the outbreak hush-hush – while ensuring their own families are safe, of course.

But as this gritty, post-medieval noir unfolds it becomes clear that the plague itself is a backdrop to another similarly dark story.

A serial killer – or killers – is murdering the city's movers and shakers in symbolically sadistic fashion. So rattled are the powers that be that the Inquisition offers to lift the death sentence it imposed on forbidden-book publisher Mateo (Pablo Molinero) if he can solve the case.

It's immediately immersive stuff, more so in Seville's dingy flea-pits and cutthroat underworld than in its luxury-filled salons. Series creator and director Alberto Rodriguez makes the most of an enviable budget, filling the screen with grand city vistas while his characters illustrate the harsh realities of their lowly stations. 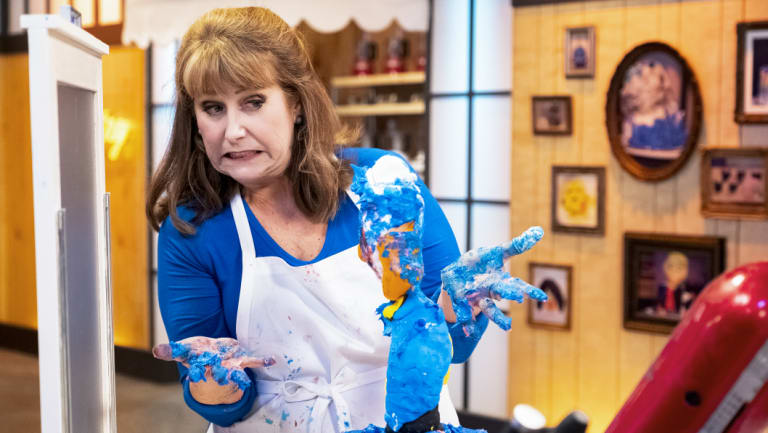 Nailed It! is on Netflix now.

Original-recipe Nailed It! was an unalloyed delight as crummy American home-bakers tried to recreate professionals' spectacular cakes and failed in spectacular style.

These Christmas-themed specials serve up more of the same as boisterous host Nicole Byer and heavily-accented French chocolatier Jacques Torres drag in guest judges to share their giggly dismay at the contestants' efforts.

The first special has a fireman, a teacher and a barber-turned-preacher trying to recreate a sugary tableau involving Santa Claus getting stuck bottom-up heading down a chimney.

*Stan is a joint venture between Fairfax Media, which publishes this website, and the Nine Network.