In a BBC Newsnight interview, Prince Andrew finally broke his silence over sexual assault allegations against him. The Duke of York spoke to BBC presenter Emily Maitlis about his relationship with convicted paedophile Jeffrey Epstein. Prince Andrew denied he had any sexual contact with an American woman named Virginia Roberts, who claims she was ordered to have sex with him aged 17.

Broadcaster Carole Malone lashed out at Prince Andrew for the interview, claiming he is now “toxic” to the royal family.

Speaking on Jeremy Vine, Ms Malone raged: “We don’t know what he does, we know he’s been useless at it for a long time.

“I’m not sure he was ever an asset to the royal brand. But visually you see he clearly doesn’t get the enormity of what Epstein was, to say what he learned from him.

“What he learned from a paedophile? Even if you think it don’t say it, it’s stupidity. But you know he’s toxic now. 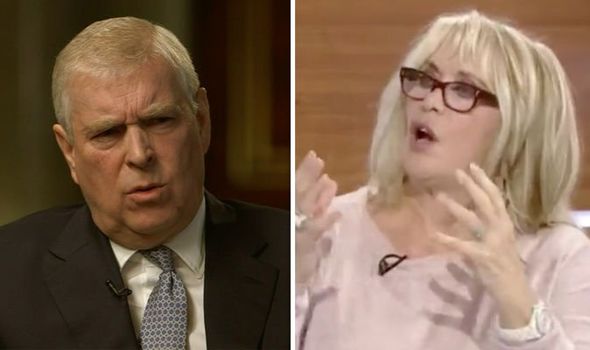 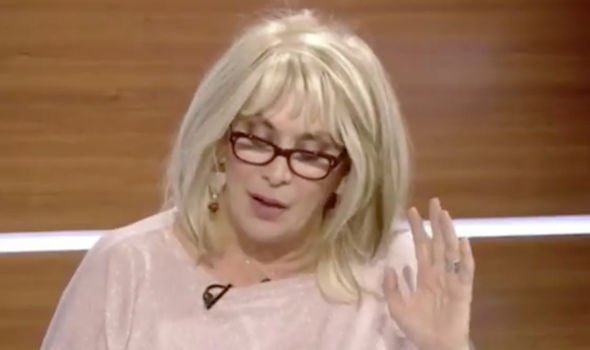 “It is toxic to the royal family, they are often beset by scandals, but they’ve never been beset by a scandal that involves paedophilia and this one does.

“I think this has been rumbling on since 2011, people remember that he stood down from his role as trade ambassador back then. Not just because of is association with Epstein but also his association with very controversial figures, of people he entertained at the Palace. Members of the Tunisian regime who were notorious.”

However royal biographer Penny Junor believes Prince Andrew is “too minor” a royal for the interview to impact the family. She said: “Strangely I don’t think that this is damaging for the royal family as a whole because he is far enough removed that people actually don’t know what he does.”

During his BBC interview, Prince Andrew said he never witnessed any concerning behaviour during his friendship with Mr Epstein. 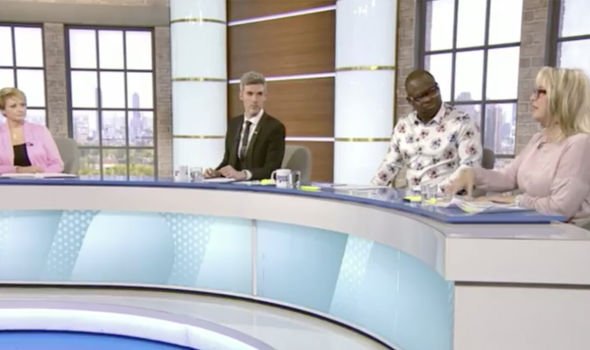 Prince Andrew said if “push came to shove” he would testify over allegations regarding his conduct and links to Mr Epstein.

He told Ms Maitlis: “Well I’m like everybody else, and I would have to take all the legal advice that there was before I was to do that sort of thing. But if push came to shove and the legal advice was to do so, then I would be duty-bound to do so.” 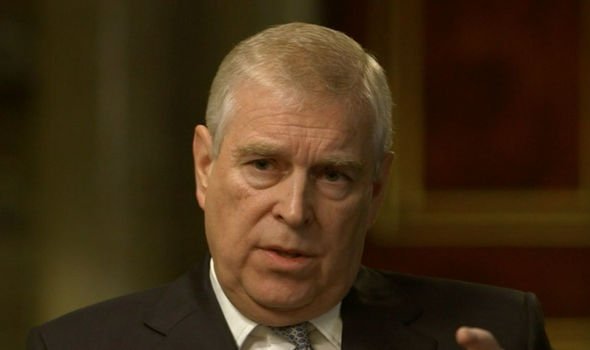 He added: “If there was… in the right circumstances, yes I would because I think there’s just as much closure for me as there is for everybody else. And undoubtedly, some very strange and unpleasant activities have been going on.”

During the interview, Ms Maitlis asked: “For the record, is there any way you could have had sex with that young woman or any young woman trafficked by Jeffrey Epstein in any of his residences?”

The Duke of York told BBC Newsnight: “No and without putting too fine a point on it, if you’re a man it is a positive act to have sex with somebody.