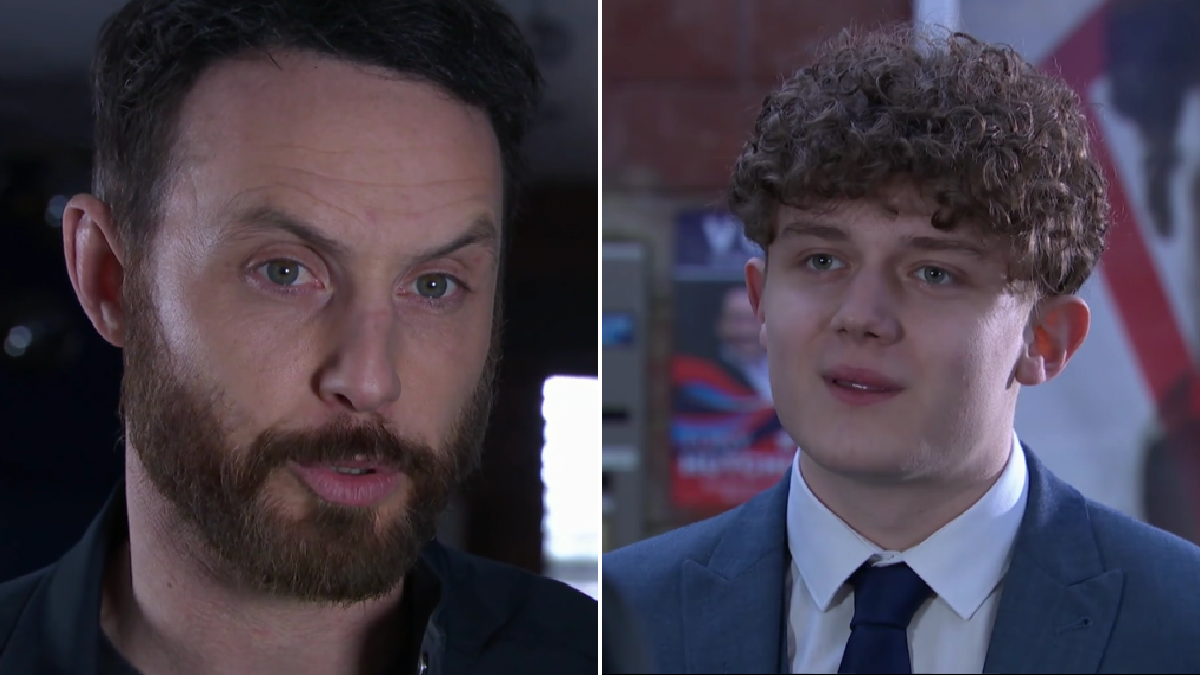 James Nightingale (Gregory Finnegan) could be set to rob Tom Cunningham (Ellis Hollins) of a significant amount of money in Hollyoaks.

The lawyer, as viewers know, has been battling a gambling addiction, and despite being behind bars, he’s managed to get himself into some serious trouble.

He’s repeatedly avoided calls from someone named ‘B’, and he later received a visit from ‘B’ – whose real name is Bruce – and the true extent of his financial woes was revealed.

Bruce, you see, was a guard at the prison, and he informed James that he owes him a lot of money after wracking up quite a gambling debt while inside.

The newcomer made it quite clear that he’s not one to be messed with, leaving James in fear of his life.

Friday’s (May 20) edition of the Channel 4 soap saw James go to extreme lengths in a bid to get his hands on cash to pay off Bruce.

James, however, overheard, and suggested that the young man speak to him instead, claiming that he’s better suited to dishing out advice when it comes to investments.

Tom, oblivious to James’ motives, was delighted to receive advice from the lawyer, and did exactly as he was told. Ste Hay (Kieron Richardson), meanwhile, came to James’ aid, threatening Bruce.

The cleaner’s plan worked like a dream, as he cleverly name-dropped The Undertaker (Glynis Barber), which left Bruce shaking in his boots.

James was taken aback by Ste’s actions, but despite being free of debt, he still instructed Tom to transfer his money!

Will Tom lose everything as a result of James’ gambling?

Hollyoaks continues Monday May 23 at 7pm on E4, or stream the next episode first on All4 from Monday midnight.