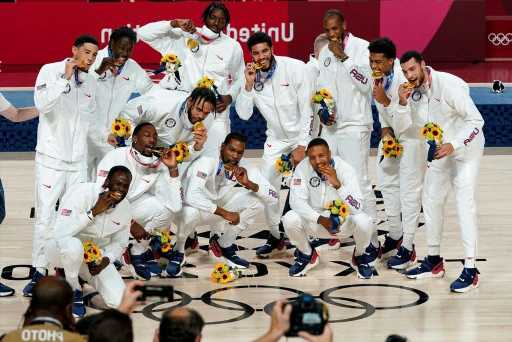 It was a Hollywood ending for Team USA basketball at the Tokyo Olympics. They suffered a few setbacks along the way, but rose to the occasion and won the nation’s fourth consecutive gold medal in the sport it invented, thanks to the efforts of its star, Kevin Durant.

Team USA beat Team France 87-82 on Friday behind superstar Kevin Durant, who scored 29 points en route to the victory. It was the second big win for Durant this week, as he signed a $198 million contract extension with his Brooklyn Nets team in the NBA.

The Team USA win avenges the squad’s opening loss to France, a shocker that gave pause after several exhibition losses before the Olympics.

But talent won out, and Team USA finally started rolling.

“We went through some real adversity,” Durant said in a TV interview. “We lost a game in the tournament, we lost two exhibition games. We had some unusual circumstances with COVID, guys playing in the [NBA] Finals and coming in late. And we just fought through everything — 2 ½ weeks away from our families, basically in the bubble. It’s definitely different, so I’m glad we finished the job.”

Jayson Tatum pitched in with 19 points in the win, and Damain Lillard and Jrue Holiday anchored a strong defense against the French team.

“It meant a lot, especially playing against this team. France is a good team and they don’t quit. They play hard every minute they’re on the floor. Big team. So they presented a nice challenge for us,” Durant said. “But we wanted them again. We wanted to play them again, just like we wanted Australia again…. And we were able to finish this game off.”

“Everybody just sacrificed from Day 1, put the team first. And we were able to come out here and get the gold.”