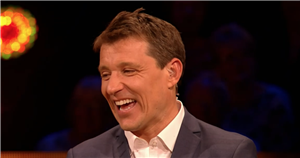 Tipping Point has revealed the whopping sum of money won by contestants following its decade on screens.

The ITV show was first broadcast in July 2012 and has proved a hit ever since.

Presented by Ben Shephard, a number of players have competed on both the regular show and the celebrity edition Tipping Point: Lucky Stars.

During a 10-year anniversary special called Tipping Point: Best Ever Finals on Friday (August 19), Ben revealed exactly how much cash the show has handed over during the course of its run.

He also revealed the number of players to have competed on the series thus far.

In a voiceover, the 47-year-old presenter confirmed more than 5,000 players had appeared on Tipping Point since the show premiered.

Ben also revealed that the episodes' individual victors had won a combined total of "nearly £7 million" on the show since the first episode aired in 2012.

He later added that £1 million of this had been donated to charitable causes.

Confirming the bewildering statistics, Ben said: "Over 5,000 players have faced off with TV's most legendary machine.

"A galaxy of Lucky Stars have followed, winning a combined total of nearly £7 million – with a £1 million of that going to good causes."

The figure is doubly impressive given the series stopped filming for a number of months during the coronavirus pandemic in 2020.

During the course of its run, Tipping Point fans have enjoyed speculating about the infamous machine.

With a magnet fan theory video going viral on TikTok, Ben himself even weighed in on the 'conspiracy' claims during an episode of Lucky Stars.

In response to allegations of a magnet being used to move the counters, he said: "Don't talk about the magnet.

Tipping Point airs from 4pm on weekdays on ITV