THIS Morning's Holly Willoughby left viewers in stitches as she cracked a smutty pantomime innuendo on the ITV show today.

The 39-year-old presenter couldn't help herself as she delivered the line "there's no sign of d**k" during a chat with panto veteran Christopher Biggins. 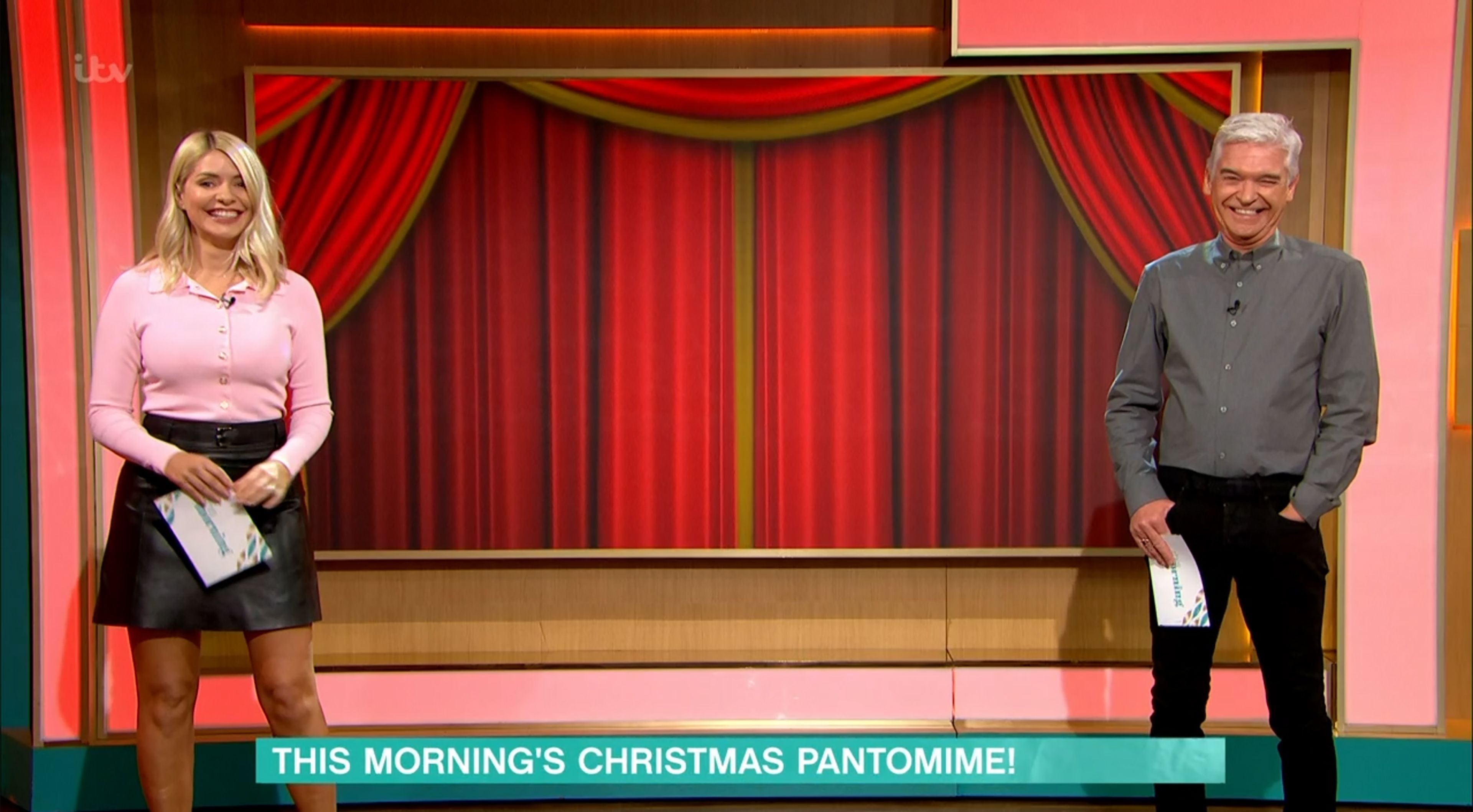 Holly and co-host Phillip Schofield were discussing the show's upcoming Christmas pantomime when the mum-of-three made the cheeky jibe.

During the segment, the presenter said that it was her dream to play Cinderella in a panto, but admitted she may be too old.

Holly shared: "I would just love to put on all the stuff – it's nice, isn't it?" 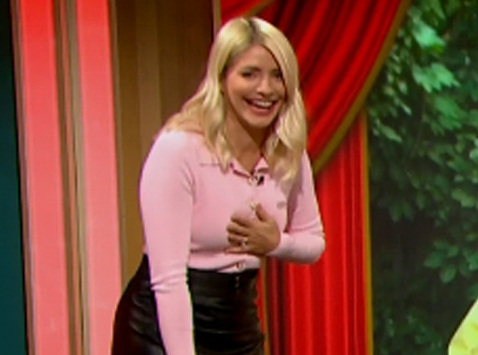 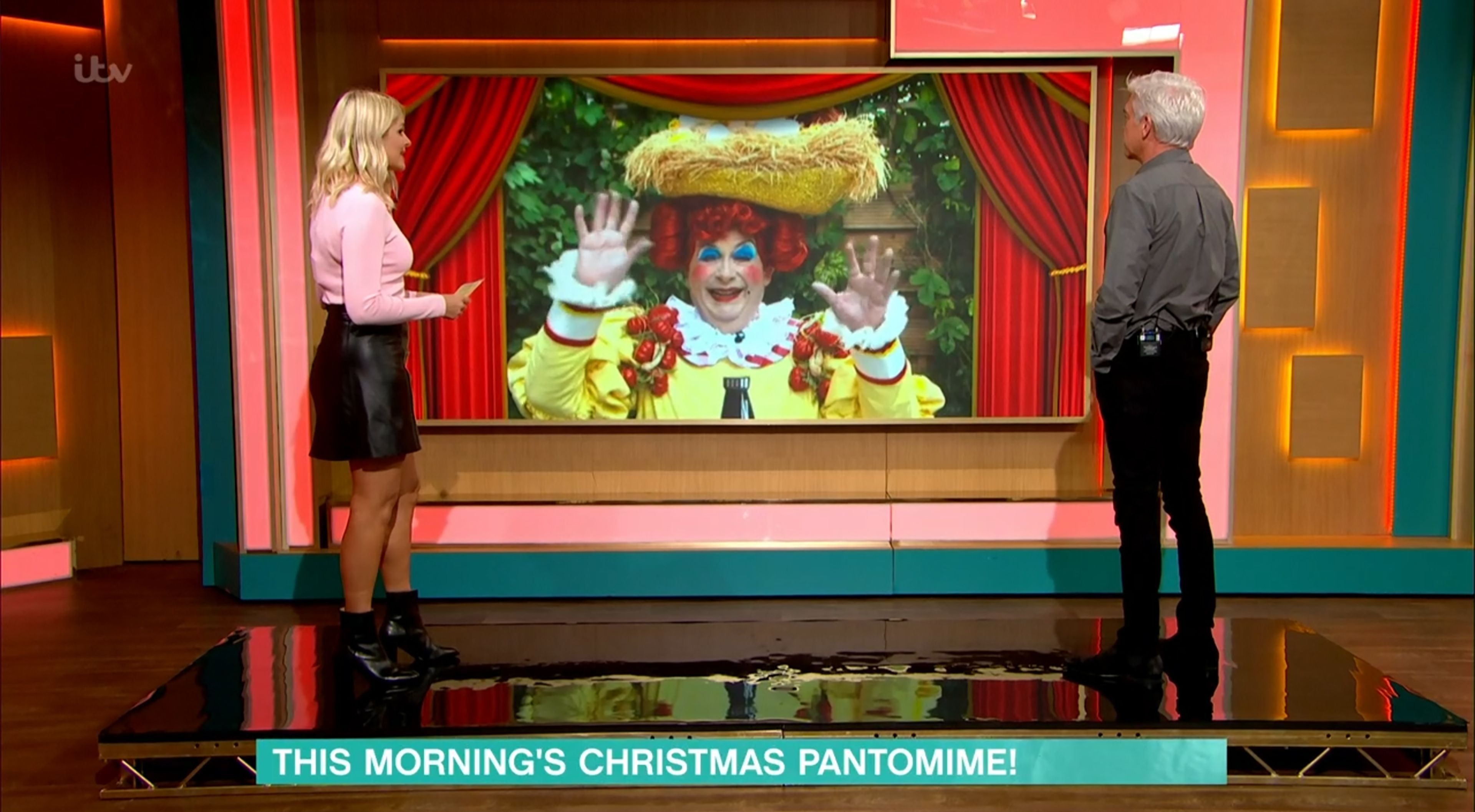 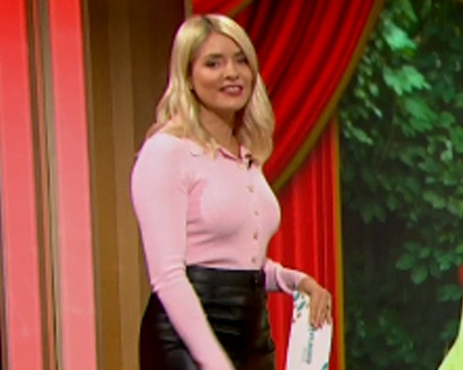 After choosing Cinderella, Holly added: "I've got to do it quickly because I'm getting too old to be Cinderella!"

The pair were later joined by 71-year-old Biggins, who was dressed in a flamboyant panto costume.

Delivering the line whilst slapping her thigh, she said: "12 o'clock and there's still no sign of D**k.I think I delivered that well!"

The presenter was left giggling following the cheeky jibe as co-host Phillip kneeled over in laughter.

Commenting on Holly's enthusiasm for pantomimes, one wrote: "@hollywills someone needs to sign her up!"

A second added: "It’s just not xmas without D**k is it Holly #dying #funny #panto."

During today's show, Holly also sparked a huge reaction from viewers after hosting in a tight shirt and a leather skirt.