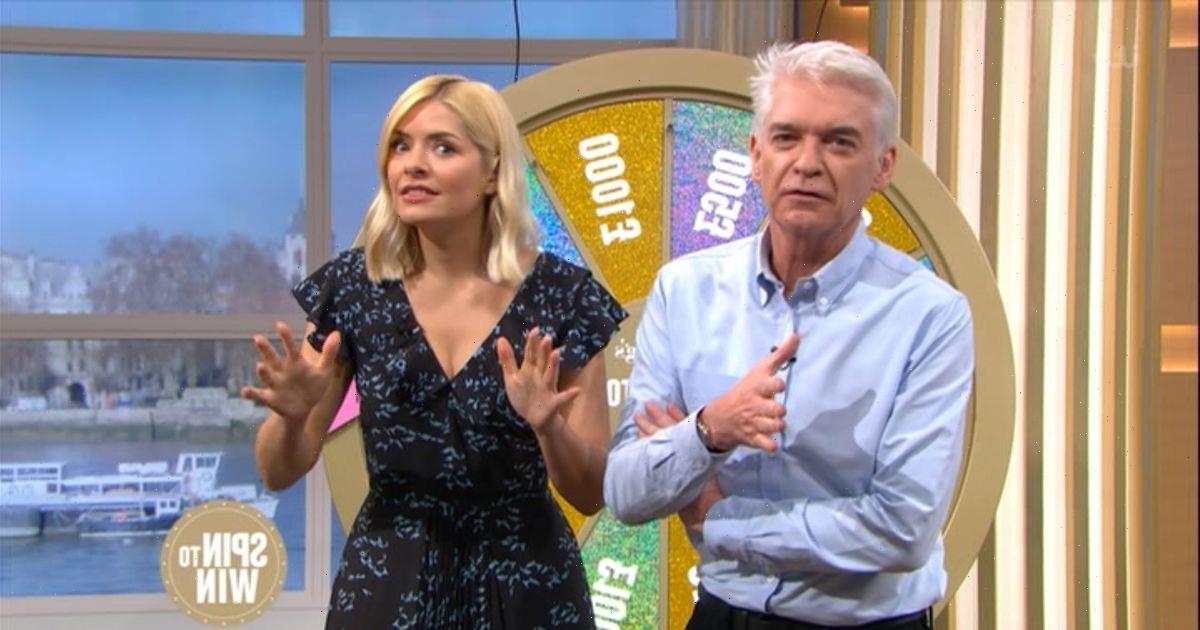 ITV's This Morning is celebrating another year on TV on October 3.

Over the years the famous TV show have had many hosts with the very first being Richard Madeley and Judy Finnigan – who married two years before the show launched on ITV.

Fern Britton and Phillip Schofield later took over as the main hosts of the show, but Lorraine Kelly worked alongside Phil on Mondays and Fridays.

READ MORE: This Morning fans fuming at 'out of touch' Christmas segment on ITV show

Holly Willoughby then joined the panel in 2009 and she and Phil have been the main hosting duo ever since with an array of different relief presenters.

But with a number of different hosts, controversies are only expected – and the stars at This Morning have faced a fair few.

As it celebrates another year on air, Daily Star looks at some of their biggest controversial moments.

One of the biggest reported rows to come out of This Morning was between Fern Britton and Phillip Schofield when the pair hosted the show together.

She vehemently denied that her decision to leave the ITV show was related to salaries and said they didn't discuss money.

It was also reported that there were rows regarding the "editorial content" of the show which also caused friction between the pair.

In 2019 it was reported that Ruth Langsford made an official complaint about Phillip.

The complaint reportedly followed an incident in April of 2019 which saw Phil interrupt Ruth while she was presenting a preview snippet of Loose Women during an episode of This Morning.

There is yet to be any update on their reported feud, but the duo don't tend to work together on the show.

This Morning fans were left in shock when it was confirmed that Eamonn would no longer work on This Morning.

It came shortly after both Eamonn and Ruth were ditched from the Friday show and instead acted as the relief hosts for the long breaks.

Eamonn confirmed that he was moving to GB News to co-present the breakfast show – but he didn't move without a few digs at ITV.

He said since his exit: "It was obvious I didn't tick the boxes for ITV any more and I wasn't being treated with respect there."

This Morning viewers were left fuming with the ITV show over a "tone deaf" round of Spin to Win during the cost of living crisis.

The show was hit my hundreds of complaints from viewers who were upset as they were offered to have their bills paid as a game prize.

This Morning was hit with 170 official complaints from Ofcom and the TV show later offered "household bills" as a prize – but again that received a lot of backlash and was soon axed.

Eamonn Holmes came under fire on This Morning when he appeared to defend a conspiracy theory which suggested that 5G was responsible for the Covid-19 pandemic.

The following day he was forced to reach out a statement on air insisting that it is not true that there was a connection between coronavirus and 5G as he added: "To suggest otherwise would be wrong and indeed it could be possibly dangerous.

"Every theory relating to such a connection has been proven to be false and we would like to emphasise that."

One of the most recent controversies surrounding the This Morning clan came as Holly and Phil seemingly jumped the queue as thousands lined up to see the Queen's coffin.

Backlash flooded in with one petition to get them axed from the show bringing in 75,000 signatures.

The pair issued a statement shortly after to state it was "strictly for the purpose of reporting on the event" that they attended and explained they were there for work.

Holly said: "The rules were that we would be quickly escorted around the edges to a platform at the back, in contrast, those paying respects walked along a carpeted area beside the coffin and were given time to pause."

However, the news didn't quite make fans feel any better, with the show being hit with further Ofcom complaints after the apology.