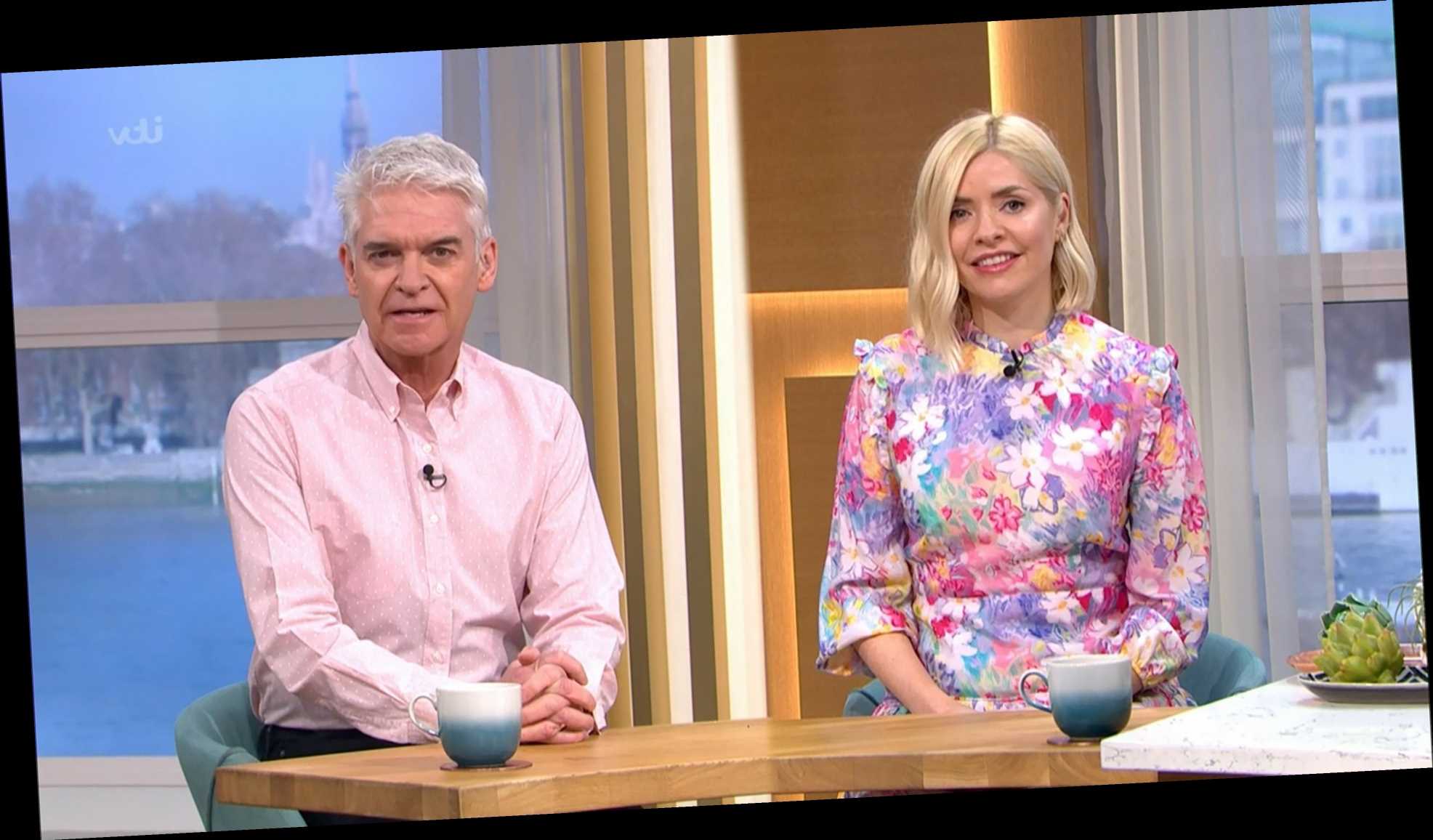 As Britain takes the first step out of lockdown today, the government minister was quizzed on the likelihood of summer holidays going ahead this year. 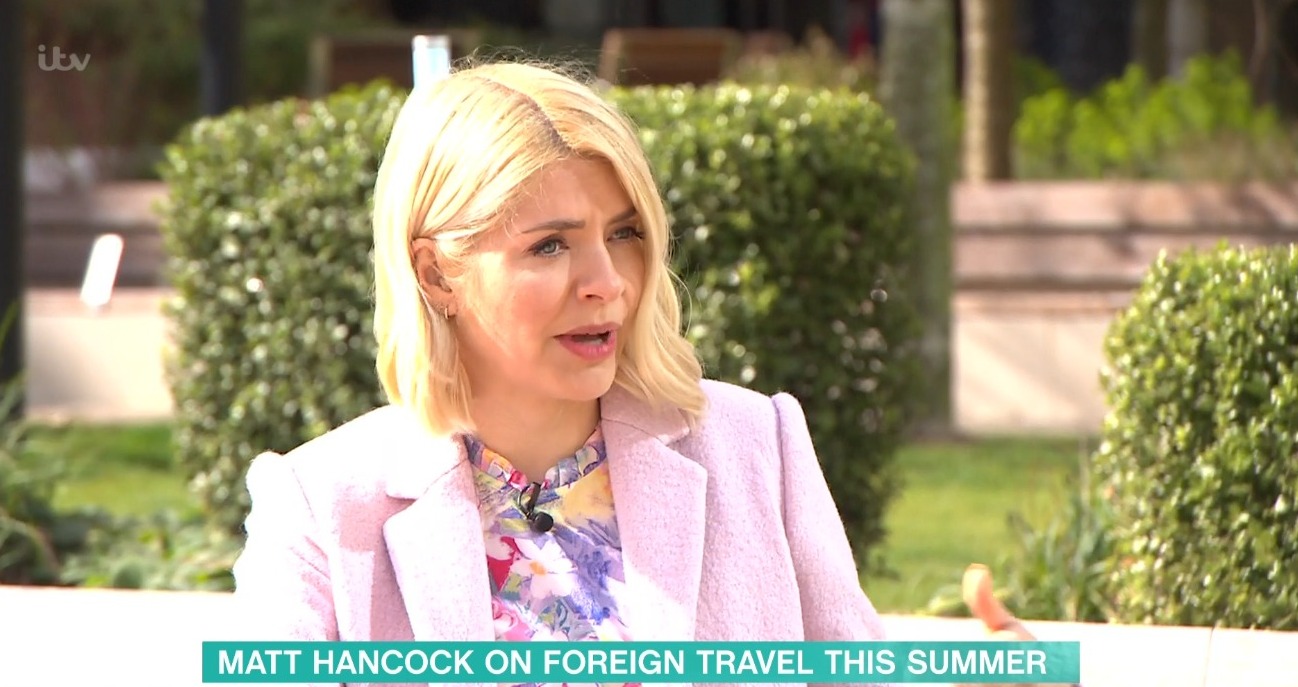 But angry viewers lashed out at the ITV daytime show for being "obsessed" about international travel – despite many people being unable to afford it after a year of furlough and redundancies.

Holly asked Hancock: "Have you booked flights anywhere? Have you got some on hold just in case?"

"No I am going on holiday in the UK," he insisted.

Horrified Holly asked: "Even if it opens up? Won't you just want to get away and just put your feet in the sand?" 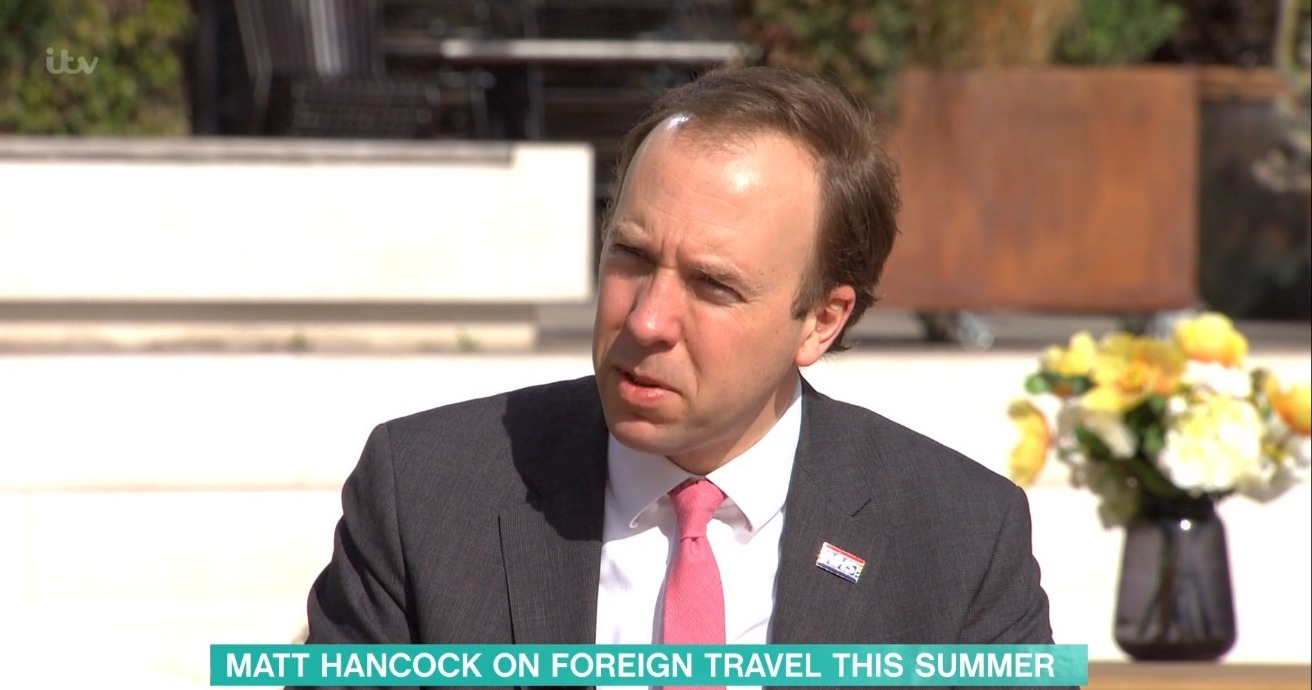 Hancock replied: "No, I love this country. I have had my holiday booked since we took it last year.

"We booked a house and booked it straight away again afterwards."I'm very confident we're going to have a great British summer, great holidays here with the cases coming right down. I'm highly confident."

Holly was trying to get answers for those desperate for a holiday abroad – but some This Morning viewers said they were upset about the focus on travel, with one saying: "Phil and Holly’s obsession with holidays is actually pretty insulting now."

Another said: "Holly we can't all afford to go abroad on holiday. We have beaitiful beaches in this country. Don't be a snob." 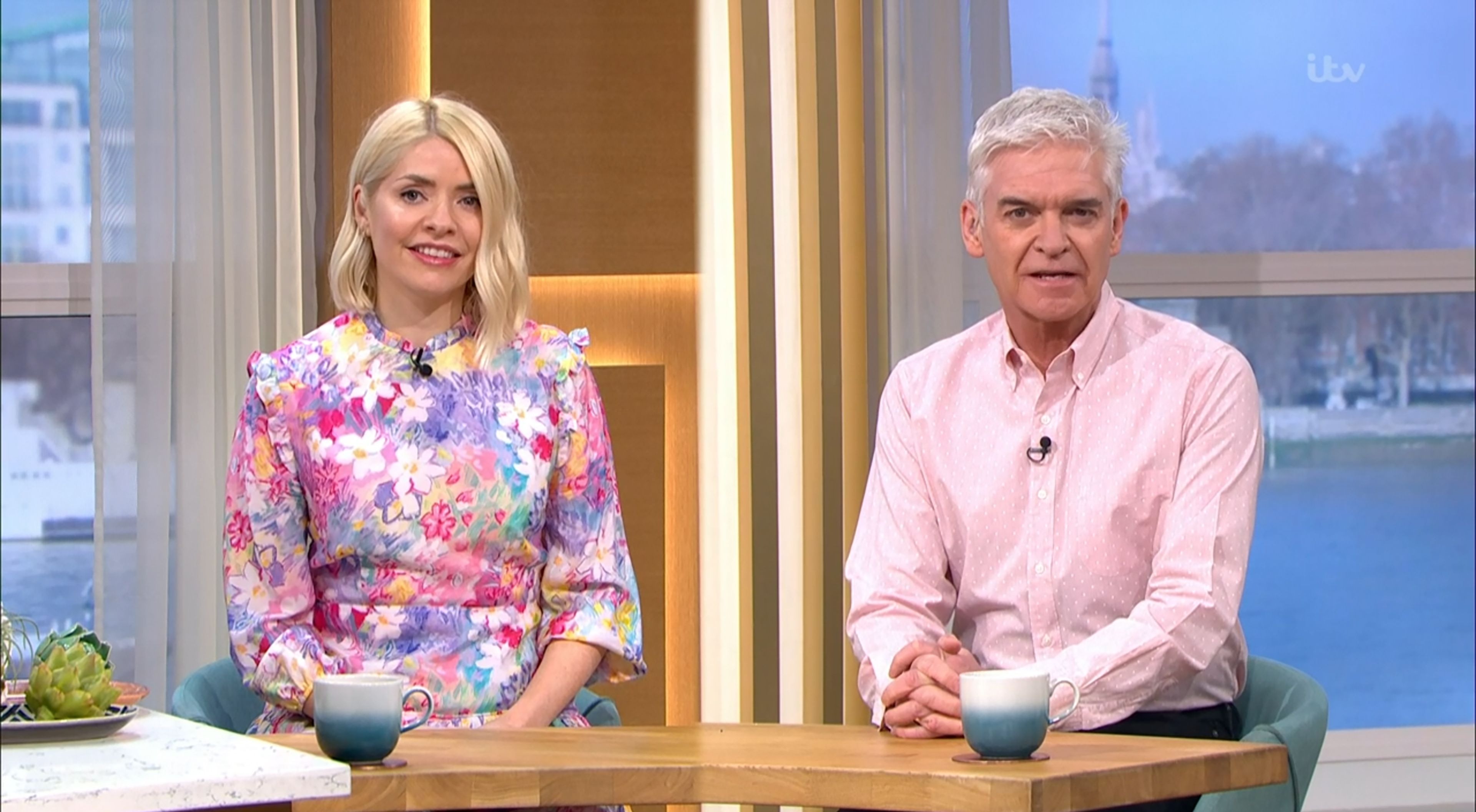 "Holly not everyone feels the need to go abroad on holiday." said someone else.

One asked: "Why is holly so eager to go abroad. Chill out!! So selfish."

Another added: "Does #thismorning really think people are this desperate for a holiday if you are, have a word with yourself."

Someone else said: "Some people have lost family members, jobs and businesses…haven't seen family or friends for months and all they can bang on about is going on bloody holiday!"

Another said: "Christ Almighty! How often do Phil & Holly have to mention holidays abroad? It’s all they care about…. me me me me me me." 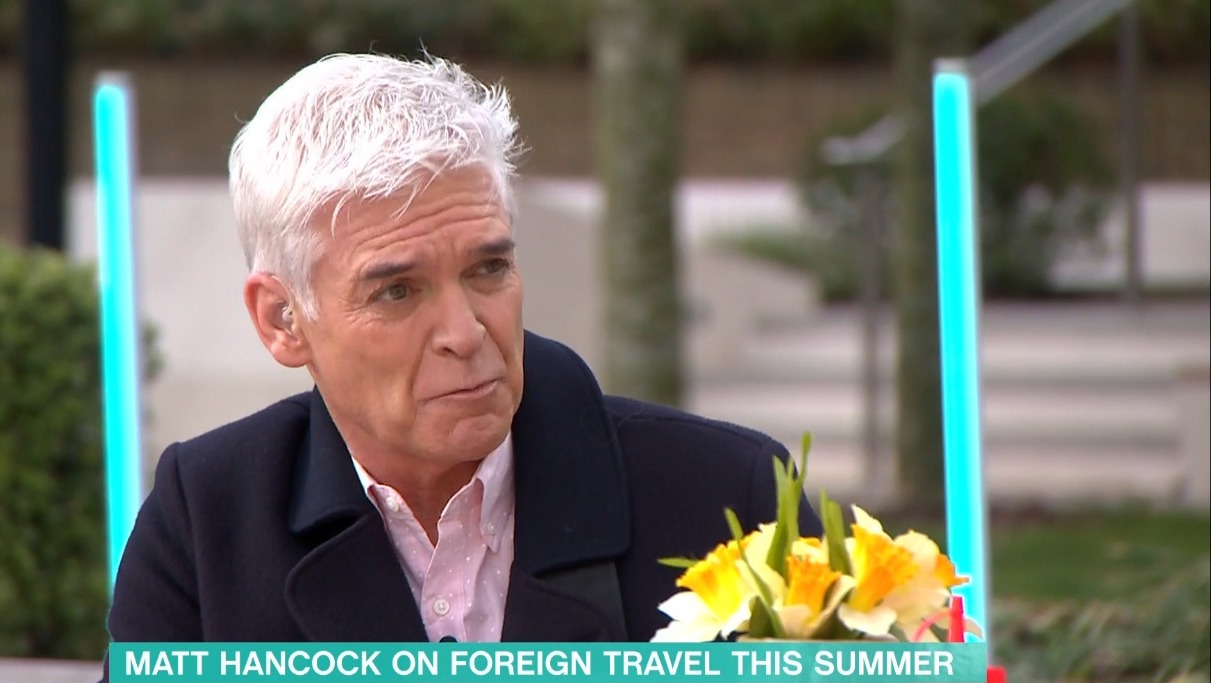 "The vast proportion of vulnerable people have now had their first vaccine, you are cracking on with the second vaccine – so why can't we go on holiday?" 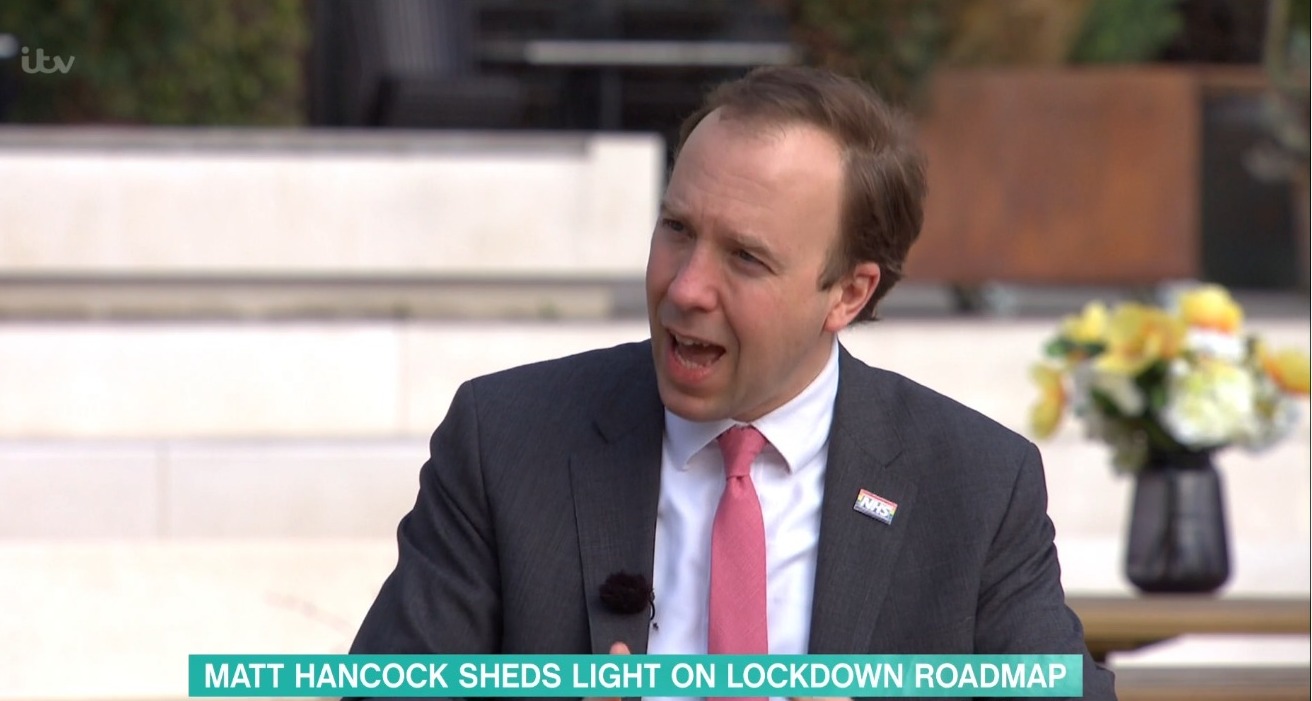 Hancock explained: "The biggest problem we've got in terms of holidays is that if there is a new variant the vaccine doesn't work against.. and we know there are a few out there.."

Holly cut in to say: "Won't that risk be there forever? You can't predict what's going to happen. Won't that mean we aren't able to travel anywhere forever?"

It led Hancock to reveal the government is looking into introducing a third jab to protect against coronavirus variants.

He said: "We are working on a new vaccine that we might have to rollout in the autumn to give people a third dose that will deal with this problem."

Holly later added: "I think we're just holding on to any light that there might be international travel this summer."

Hacock replied: "There may well be, I wouldn't rule that out."