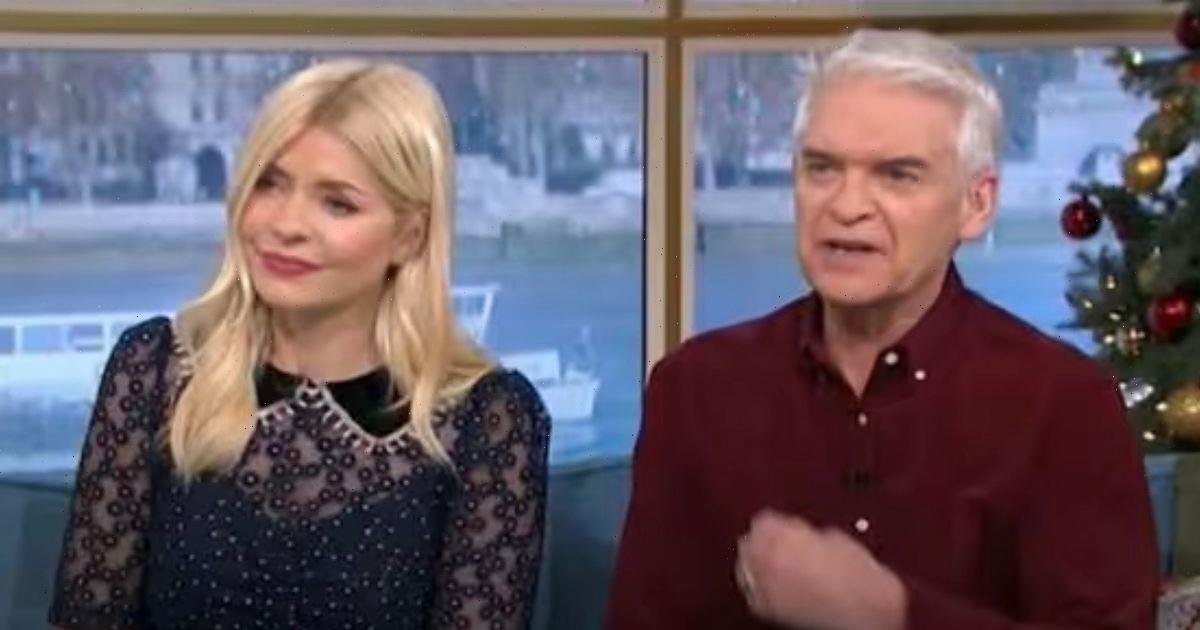 This Morning saw presenters Holly Willoughby and Phillip Schofield look back on the biggest celebrity scandals of 2022 with just days to go until 2023 – but fans called them out for omitting one particular drama.

Guests Gyles Brandreth, 74, and Carol Vorderman, 62, joined Holly, 41, and Phil, 60, for the special segment on This Morning, where they went in detail on the biggest showbiz headlines of the year – from Will Smith's on-stage slap at the Oscars to Johnny Depp and Amber Heard's legal battle.

But as fans tuned in to watch the programme, they took to Twitter to call out Holly and Phil, branding them "hypocrites" for missing out on the scandal they were involved in this year.

Holly and Phil infamously hit headlines when they were accused of queue-jumping at the late Queen’s lying-in-state.

The presenting duo were accused of skipping the lines which had seen many mourners queuing for hours.

Despite ITV explaining that Holly and Phil attended the lying-in-state as working members of the media, many viewers didn't think it was fair and even called for the pair to be sacked from This Morning.

And as Holly and Phil addressed the biggest stories of the year on the ITV show, many viewers branded them as "hypocrites".

"#ThisMorning Notice they’re reviewing everything but the queues!" one wrote on Twitter.

Another shared: "Phil and Holly #ThisMorning looking back over the years news stories …Will smith slapping Chris Rock, The Wagatha Christie saga etc ….will they mention their own?"

A third wrote: "Sitting here wondering if @hollywills and @Schofe will mention their queue jumping? #thismorning."

"Why are these two STILL presenting and wondering if @hollywills and @Schofe will mention their queue jumping?" a fourth added.

When Holly and Phil came under fire for the queue drama in the wake of Queen Elizabeth II's death, a petition called for the presenting team to be sacked, topped 50,000 signatures.

A source said there were "serious concerns" over the wellbeing of Holly and Phil as a result.

"The abuse has been nothing short of disgusting, not least as they have done nothing wrong and were fully entitled to media accreditation so they could inform their viewers," the insider told the Mirror.

"There is huge, real and serious concerns over their wellbeing and ITV are fully supporting them behind the scenes in the face of such relentless trolling. The channel backs them 110 per cent.”

They added: "She [Holly] adores her job and would never quit. The whole experience has been totally brutal but one thing has remained constant, and that’s been ITV’s unwavering support.”