While This is Us expertly tugs and often breaks the heartstrings, it also makes an effort to address serious real-world issues many members of its audience are facing in their everyday lives.

The special needs child in this case is Jack, the very young son of Kate and Toby, with his particular disability being that he’s blind. This has presented problems for Toby, who has struggled to connect with his son, until very recently, when of all things, Star Wars toys proved both a breakthrough — and a potential hazard at the same time.

How is the show handling Jack’s disability? 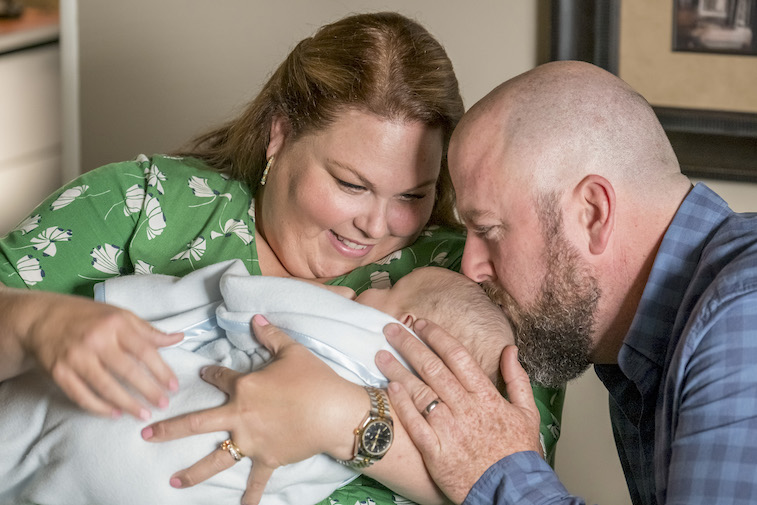 Baby Jack first came along at the beginning of season 4. In the show’s signature time shifts, we also see Jack when he is grown up, played by actor Blake Stadnick, who is blind in real life.

This in itself is significant because, as the American Foundation for the Blind points out:

At the same time, the foundation also criticized the show for its portrayal of an early intervention specialist meant to help the family raise the baby in the best way possible.

Such specialists are supposed to ease a family’s fears, but this one stoked their fears by handing out notepads and having the family write down every object that could be of interest to baby Jack.

Perhaps the show was trying too hard to amp up the drama for maximum impact.

What do viewers think of the baby Jack storyline?

Fans on Reddit fiercely and thoroughly debate all aspects of the show, especially this one. They were particularly concerned about how Toby was portrayed as struggling with the child.

One person said, “I feel like the people who are criticizing Toby don’t have a child/family member with special needs. Some people are like Kate, and go all in at the beginning which is fantastic. Some people need time to mourn the loss of the expectations they had for their child, which is valid. Could he handle things better? Absolutely. But to accuse him of being a terrible parent because he had expectations for his son that need to be adjusted is harsh.”

Fans have cast a sometimes judgmental eye on Toby, as he has clearly struggled not only with the baby, but with his general station in life. Some have accused him of having an affair and/or an affair.

A second fan was even more blunt, saying:

“Having special needs family is f——rough, and it can break even emotionally strong people. It takes a lot of work, patience, and empathy to get through the emotions that come with it. …. The same people who were hating Toby for trying to be too perfect are now hating him for not being perfect enough. I’m beginning to think that it’s not how he’s handling things. They just don’t like Toby.”

What’s the producers’ take on Jack and Toby?

Entertainment Weekly regularly confers with the producers to go over the ins and outs of each episodes, and they talked about Toby and Jack in relation to the episode called “The Cabin.”

Toby bonded with Jack after saving him from choking, then watched him play with Star Wars toys, expressing sadness he’d never be able to watch one of the movies.

“Hopefully it puts Millennium Falcon back on course, and that’s another one we’re going to be jumping into. Our next episode takes place immediately upon the Big Three returning back to their lives, and we’ll see for all of them whether the transformative weekend at the cabin is able to unlock them and send them on the right path to fix what was going so wrong in their actual reality. So for Kate, that is the question of: Will she be able to repair with Toby?”

Fans will be watching and commenting on Reddit.That’s one prediction that doesn’t require a time shift.