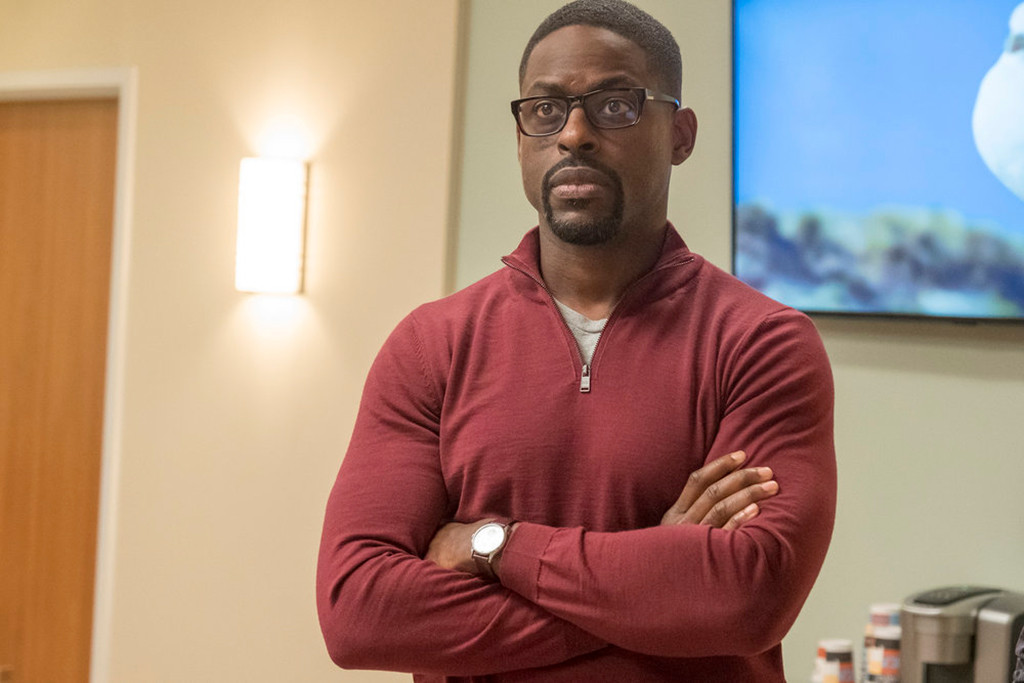 We love you, This Is Us and Randall Pearson, but this is ridiculous.

Randall (Sterling K. Brown) has officially started his job as city councilman in Philadelphia, a city in which he does not live, and it’s exactly as much nonsense as we thought it would be from the moment it started. Not only has Randall never lived in the neighborhood he ran in, but Philadelphia is two hours hours away from where Randall and Beth (Susan Kelechi Watson) actually live, in New Jersey. Those are already pretty good reasons Randall shouldn’t be a city councilman in Philadelphia.

Another really, really good reason that Randall shouldn’t be a city councilman in Philadelphia is that the campaign already nearly broke up his marriage. Beth was at the point of giving ultimatums, begging him to quit running like he told her he would do if she asked.

But instead he kept running, won, and now has to actually be a city councilman in Philadelphia, and let me tell you, it’s not good. It’s not fun for him, it’s not fun for Beth, and it’s not fun to watch, partly because it makes so little sense that it’s so, so hard to see Randall’s perspective on this.

Tonight’s episode showed us the hectic schedule that made Randall first betray us all by asking Beth to not be a dance teacher to make their lives easier. He had to drive to Philly, sit in meetings all day, then rush home so Beth could immediately leave to go teach her class. Then, Randall asked that Beth come to a dinner with some important Philadelphia man and his wife, which she would have to rush to, because she had a class until 5:30 and the dinner was in Philadelphia.

Then her own work thing came up, and Randall got all “I’ve been burning the candle at both ends, I need you to do this for me” on her. When she was late and her phone seemed to be off, Randall totally lost it on her voicemail, assuming she had gone to her own work thing.

“I hope it was worth it. I hope you’re off having fun talking about how to teach bored housewives how to twirl better. Grow the hell up, Beth.”

Then she showed up a little late because of traffic, with a phone that needed charged, and Randall just asked her to not even listen to the voicemail, but she had already listened to the voicemail, and it was bad. She told Randall to sleep on the cot in his office in Philly.

He didn’t do that, and the last thing we saw was the door do their bedroom closing as they decided it was time to hash this thing out.

At this point, we don’t want to see them hash this out unless it’s just Beth telling Randall how wrong he is, because again, Randall’s side of this situation is so hard to understand. There was never any point where this city councilman job made sense for him, and he doesn’t seem to be excited about everything it entails, so why is he doing it? Is it just because everyone told him it was kind of an insane idea and he has to prove them wrong? Or is it because someone thought we needed drama in Beth and Randall’s marriage?

We, personally, do not need that drama, and would be happier without it, especially considering how long it’s lasted at this point. It’s been the same argument for so long now, and every week it gets harder and harder to forgive Randall and his apparent belief that his city council dream is more worthwhile than anything Beth is doing.

You have the best wife and family in the world, dude. Why are you screwing with it to be a city councilman in Philadelphia?!

Next week’s hashing had better be good.

E! and NBC are both part of the NBC Universal family.

An American soldier based in South Korea has tested positive for coronavirus — the first US service member to be...