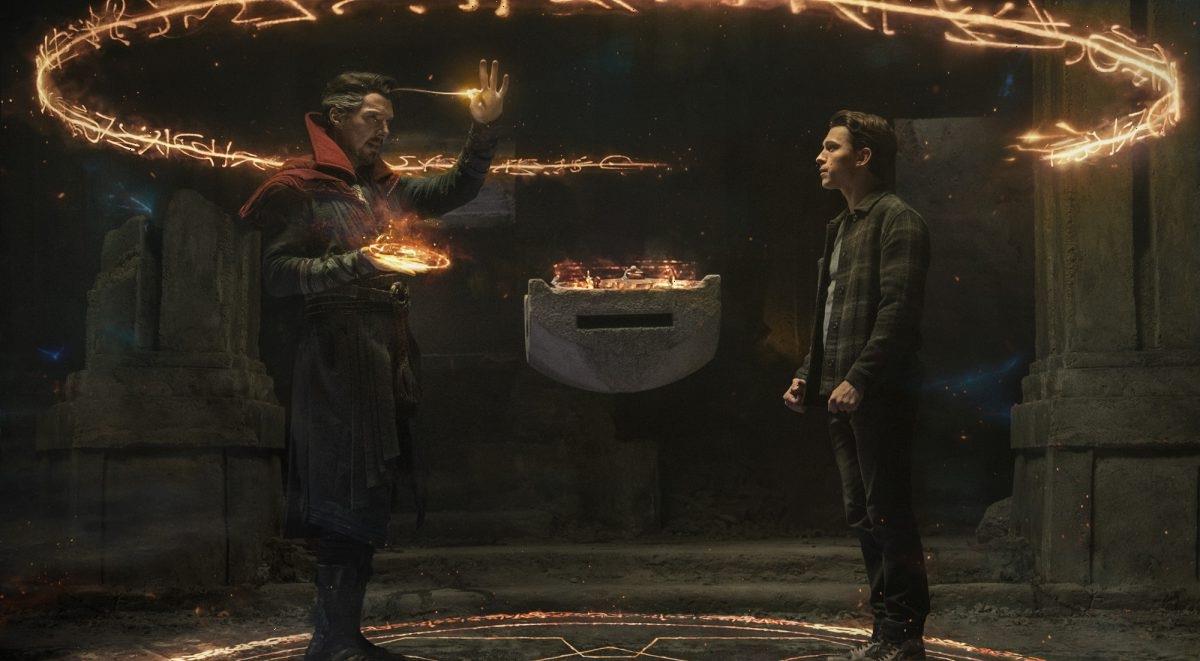 Spider-Man: No Way Home may be months away from hitting theaters, but fans aren’t likely to stop talking about its trailer any time soon. The first look at the Spider-Man sequel teased a hefty slate of villains, some of whom hail from Tobey Maguire’s run as the web-slinging character. It also promised a team-up between Tom Holland’s Peter Parker and Doctor Strange (Benedict Cumberbatch). That alliance is supposedly what breaks the universe — but is it really? One theory suggests that Spider-Man moment might have more to do with Loki than fans realize.

Doctor Strange messes with time and space in the ‘Spider-Man: No Way Home’ trailer

Most Marvel fans expected to see the multiverse come to life in Spider-Man: No Way Home. However, the way that unfolds came as a surprise. After having his identity revealed to the public, Peter seeks out Doctor Strange for help. The Sorcerer Supreme agrees to cast a spell that will make everyone forget who Spider-Man actually is. It’s an unusual move for Cumberbatch’s character, and one fans have been questioning since the new Spider-Man trailer dropped.

More concerning is that, due to Peter’s constant interruptions, Strange messes up the spell — fracturing reality as they know it. Having Doctor Strange bear responsibility for the situation is an interesting twist. However, one fan theory points to the Loki season finale as the real culprit behind Peter’s unprecedented circumstances.

What happened during the ‘Loki’ season finale?

The season finale of Marvel’s Loki sees Sylvie (Sophia Di Martino) messing up the Sacred Timeline in a move just as detrimental to reality as Doctor Strange’s spell in the Spider-Man trailer. After Loki (Tom Hiddleston) and Sylvie finally learn what’s beyond the void at the end of the world, they’re faced with a choice. He Who Remains (Jonathan Majors) explains the dangers of unleashing the multiverse, he lets them decide: should they kill him and the Sacred Timeline or keep the flow of reality as they know it in place?

Hiddleston’s character comes to agree with He Who Remains and petitions Sylvie to let the Sacred Timeline continue. However, bent on revenge, she deceives Loki and kills the show’s villain — leaving quite a mess for the Marvel Cinematic Universe to clean up in future films.

Could the ‘Spider-Man’ trailer’s biggest moment take place alongside the ‘Loki’ finale?

With Wanda Maximoff (Elizabeth Olsen), Doctor Strange, and Sylvie messing with time and space, one question remains: who’s really responsible for what’s about to unfold?

On a Reddit thread discussing the new Spider-Man trailer, one fan questioned if Doctor Strange’s spell really broke reality. They argued Sylvie’s decision in the Loki finale might have occurred simultaneously with Strange’s antics.

“Calling it: The moment Strange is casting the spell is the exact moment that Sylvie stabs He Who Remains,” they wrote.

It wouldn’t be the first time Marvel pulled a twist like this, and it would certainly make for an interesting setup. After all, keeping Strange in the dark about what’s happening with the Sacred Timeline gives the MCU ample opportunity to make things worse. That sounds like a solid transition into Doctor Strange in the Multiverse of Madness. Of course, it’s just as possible all the characters will be left pointing fingers at one another.