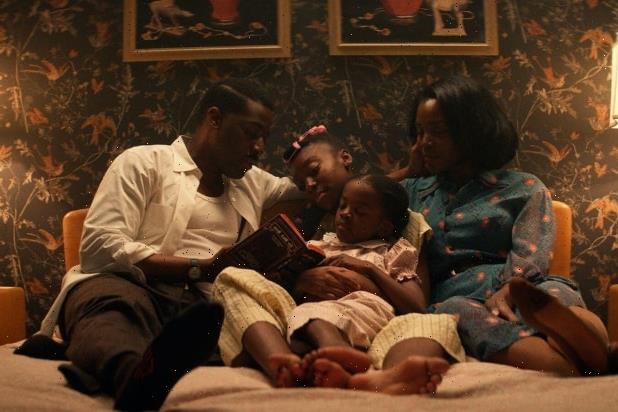 There are similarities to Jordan Peele’s thriller due to marketing, but that’s where the comparisons end 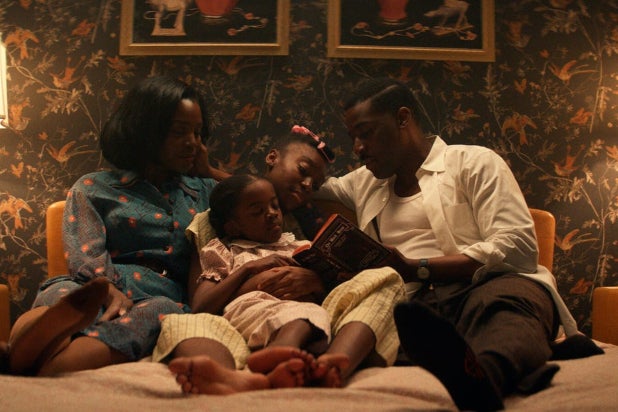 Even before “Them” premiered, comparisons were already being drawn to a popular horror film: Jordan Peele’s critically acclaimed 2019 horror film “Us.” Sure, the 10-episode Amazon Prime series from creator Little Marvin and executive producer Lena Waithe is definitely similar — both films follow Black families, are about home invasions, and even use the same actor (Shahadi Wright Joseph). And even the marketing implies that the two are alike, as the posters and trailer and even the font used in the title invoke Peele’s work.

But “Them” is nothing like Peele’s film at all.

The story of “Them” — a structure that follows an outline similar to “American Horror Story,” as each season is poised to tell a different self-contained story — revolves around the Emory family, who move to a new neighborhood in Los Angeles in 1953. After settling in, Henry (Ashley Thomas), his wife Lucky (Deborah Ayorinde) and daughters Ruby (Joseph) and Gracie (Melody Hurd) are immediately shunned by their white neighbors, particularly “Queen Bee” Betty Wendell (Allison Pill). And if that’s not enough stress to deal with? The lease that the Emorys signed for their new home apparently includes a covenant that prohibits Black people from living on that particular piece of land.

When the Emorys inevitably attempt to start their new life in their new home, strange things start occurring to the family over the 10 episodes. This is essentially the “horror” part of the anthology that “Them” offers, and there are some decent jump scares. But the real horror here is racism. And we’re not just talking metaphorical racism — we’re talking uncomfortable things like people starting fires on their lawn that spell out slurs, a family’s son peeing on the Emory’s newly cleaned sheets left out to dry, pointed racist songs designed to make the Emorys feel both uncomfortable and unwelcome. It is also designed to make us feel uncomfortable and unwelcome because we know how Blacks in America are often treated.

Sure, both properties are a social exploration of America. But “Us” was a horror film built on the beauty of unraveling plot mysteries. Although it has some supernatural infusion, “Them” is tethered to a much more grounded story — you know right off the bat what you’re getting and there’s little to no real unraveling of mystery the same way there was with “Us.”

“Us” turned a lens towards traditional horror, while “Them” is more of a blunt and clear study of racist terror in the 1950s. The stuff that makes you curl up and close your eyes and recoil? That’s not because of some freaky jump scare that makes you question what the heck is going on. That’s because of racism — the vilest depictions of racism, at that. It’s a horror that’s “in your face” in a way that “Us” is not.

Which doesn’t mean that one piece of content is good and the other isn’t. Both “Us” and “Them” are unique in their own ways, and are original horror spotlights in their own ways. They’re both even interesting racial explorations in their own way. But any viewer who goes in expecting to find Peele’s movie staring back at them should probably temper their expectations or at least go in with a more open mind.

The parallels between “Them” and “Us” will probably continue to be a thing, especially since many people have had the connection made since the trailer dropped last month. But “Them” should be viewed and judged on its own, and hopefully, as time goes on, people will start to recognize that.