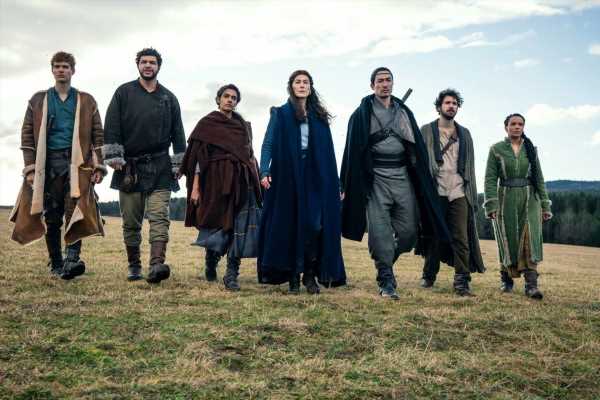 The Wheel of Time is quickly becoming one of Amazon Prime Video’s biggest original series, underscoring the demand for high-quality fantasy stories on TV. And after the success of HBO’s Game of Thrones, many are drawing comparisons between the two shows. It makes sense, given the similarity in scale and genre. But does The Wheel of Time really have much in common with Game of Thrones? Author Robert Jordan actually drew inspiration from another fantasy epic when crafting the source material.

Is ‘The Wheel of Time’ similar to ‘Game of Thrones’?

Although the Amazon series promises to get more political in the future — and it certainly hasn’t shied away from death and destruction — its premise is very different from Game of Thrones. Sure, it touches on themes of power and who should wield it. But it’s more about good vs. evil and light vs. darkness. Its characters aren’t vying for a seat of power; many of them are teens swept up into an adventure they never asked to be a part of.

The Wheel of Time‘s approach to magic is also vastly different from Game of Thrones. While the latter slowly revealed the extraordinary aspects of its world, Amazon’s new show kicks off with a grand display of power. And that power is a given in the series, not a legend that’s been lost with time.

When it comes to The Wheel of Time‘s plot and lore, the TV series (and books) have far more in common with another fantasy epic: The Lord of the Rings.

Viewers have already pointed to similarities in the premises of The Wheel of Time and The Lord of the Rings. Specifically, the first Wheel of Time book — The Eye of the World — calls back to The Fellowship of the Ring. The openings of the two stories are incredibly similar, as are many of the archetypes they use.

In both, four characters living largely on the sidelines of their worlds are swept into a giant fight of good vs. evil. They’re led on their new path by a wise being capable of using magic, and they’re fighting against a villain consumed by darkness. Even the Dark One’s armies bear a striking resemblance to the Orcs and Uruk-hai in Lord of the Rings.

Of course, Jordan pulls in elements from other stories and myths throughout the 14-book series. But the presence of Tolkien never fully leaves, and many fans point out the resemblances to Middle-Earth. That won’t stop people from comparing it to Game of Thrones, though.

Despite the ways it differs from the HBO series, The Wheel of Time will likely continue to face comparisons to Game of Thrones. It’s certainly not the first show to be called “the next Game of Thrones,” and it probably won’t be the last. We’ve already seen this with HBO’s His Dark Materials and Netflix’s The Witcher — both of which have even less in common with George R.R. Martin’s story and its adaptation.

The Lord of the Rings series heading to Amazon will likely be held up against Game of Thrones, as will the HBO show’s forthcoming spinoff, The House of the Dragon. Studios may believe “the next Game of Thrones” will appeal to fans looking for another show to watch. However, the phrase is also setting expectations that newer series may not live up to.

The Wheel of Time is currently streaming on Amazon Prime Video.