After 11 seasons, there are three things we all know about The Walking Dead. 1. If a B player suddenly gets a lot of dialogue, they won’t survive the episode. 2. Heroes have much better aim than villains. And 3. Daryl is somebody on whose bad side you do not want to be. So you can well imagine how poorly it goes for Lance in the opening minutes of Sunday’s episode (which premieres on AMC at 9/8c).

You’d be hard-pressed, too, to say that Pamela’s right-hand man doesn’t deserve what he gets — and then some. Dude threatened Hershel, for Pete’s sake! Anyway, you’ll see for yourself when you eyeball the prologue to “A New Deal” that was unveiled at the show’s New York Comic-Con panel Saturday evening. 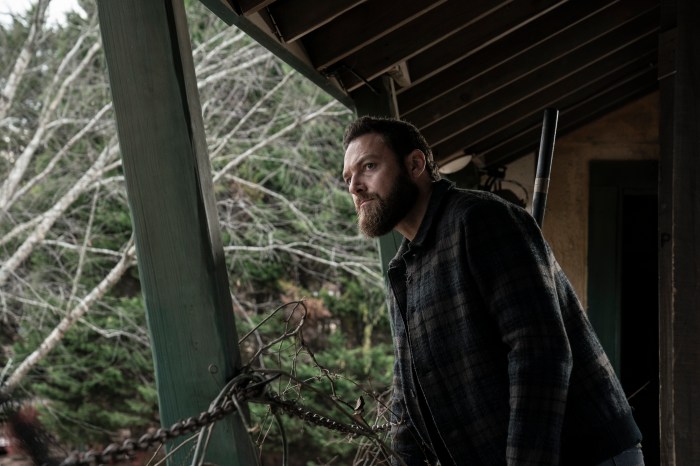 Also included in those first few moments from the episode are glimpses of a whole host of former favorites. Glenn! Michonne! Beth! Carl! And yes, as Judith voiceovers about how she and her fellow survivors keep those that they have lost alive in their hearts, we get a peek at Rick, too (ahead of the limited series that will reunite Andrew Lincoln and Danai Gurira to wrap up their characters’ love story).

Showrunner Angela Kang previously hinted at the flashbacks to TVLine. “There’s a concept that we used for these [final] episodes that was [not only] fitting for the [end] of the show,” she said, “but also has to do with being at the Commonwealth, which is a community which has you stuck in your past. Our protagonists, if you look back to who they were before, there’s so much growth. So they’re reckoning with that. Who were we? Who are we now? Who do we want to be now?

“All of that,” she added, “fits very thematically with the particular group that we’re up against, but it also gives us some nostalgia.” (Read everything that she had to say about the series’ swan song here.)

The Walking Dead’s series finale is set to bow on AMC on Sunday, Nov. 20, at 9/8c. Press PLAY on the video above to preview Sunday’s episode and check out new images from the subsequent episode in the photo gallery above.