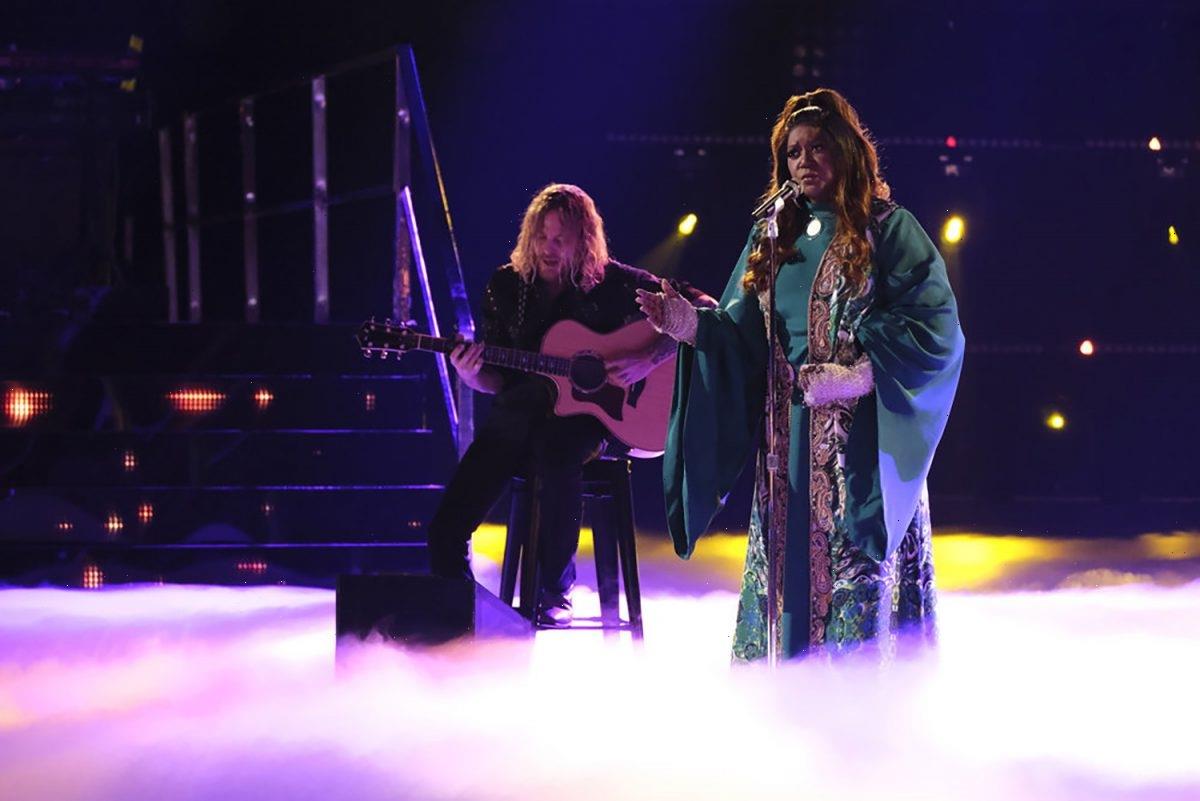 Nothing can stop Wendy Moten from bringing her A-game to The Voice — not even broken bones. During season 21’s Top 10 performances, the Team Blake Shelton singer revealed that she went to the hospital on Nov. 23 after a fall on The Voice stage. Wendy sustained injuries in both of her arms, but that didn’t stop her from delivering a stoic rendition of Dolly Parton’s “Jolene” on Nov. 29. Check out her impressive performance below.

Wendy Moten fell on stage after a performance with Team Blake

The Voice Season 21’s Top 11 results show on Nov. 23 featured a group performance from Blake and his teammates — Wendy, Paris Winningham, and Lana Scott. They brought energy to the audience with an upbeat rendition of “I Can’t Help Myself (Sugar Pie Honey Bunch).” However, when the song ended, the room fell silent as Wendy tripped over a speaker while exiting the stage. She landed pretty hard on the stage, but after taking a moment to collect herself, she was able to keep moving.

Later, Wendy met up with The Voice host Carson Daly to assure viewers that she was OK. The artist said she felt a little bruised, but she remained positive and cracked a big smile.

She returned to ‘The Voice’ with two casts on her arms

Unfortunately, Wendy’s injuries were worse than just a few bruises. She revealed to her coach during the Nov. 29 show that she visited the hospital after her fall. With a broken right elbow and fractured left wrist, she had to skip her initial rehearsal with Blake. However, the two met up via video chat to discuss her upcoming performance of “Jolene.” The theme of the night was Challenge Week, so Wendy decided to try out the country genre.

Wendy took to the stage with two casts on her wrists. She wowed Blake, Ariana Grande, John Legend, and Kelly Clarkson with her perseverance as she delivered a smooth yet powerful rendition of the Dolly Parton hit. When she finished the tune, the coaches praised her for pushing through her injuries, especially during Challenge Week.

During an interview with GiveMeMyRemoteTV, Wendy revealed that “Jolene” ended up being the perfect song to perform with her injuries.

“Singing a song like ‘Jolene’ tonight … it’s the way I would want to sing it. In country music, they stand still a lot. And so moving too much is almost like telling the wrong story,” she explained. “So I think it was perfect that I had to just be kind of stoic and just tell the story. I didn’t want to go through this much pain, but I survived it.”

Wendy has been knocking it out of the park since her very first day on The Voice. During the Blind Auditions, her rendition of “We Can Work It Out” earned four chair turns, and Blake used his only block to prevent John from bringing Wendy to his team. She blew the coaches away; Blake even said the audition easily fell into the top 3 best performances in the history of The Voice.

Week after week, Blake has raved about Wendy and encouraged fans to vote her through to the finale.

“I’ve been doing this show for 21 seasons, as a coach, and there is nobody that I want this more for, ever than you,” he said after her Top 20 performance, as Entertainment Tonight reported. “You deserve this.”

Tune in to The Voice on Monday and Tuesday evenings at 8 p.m. on NBC.