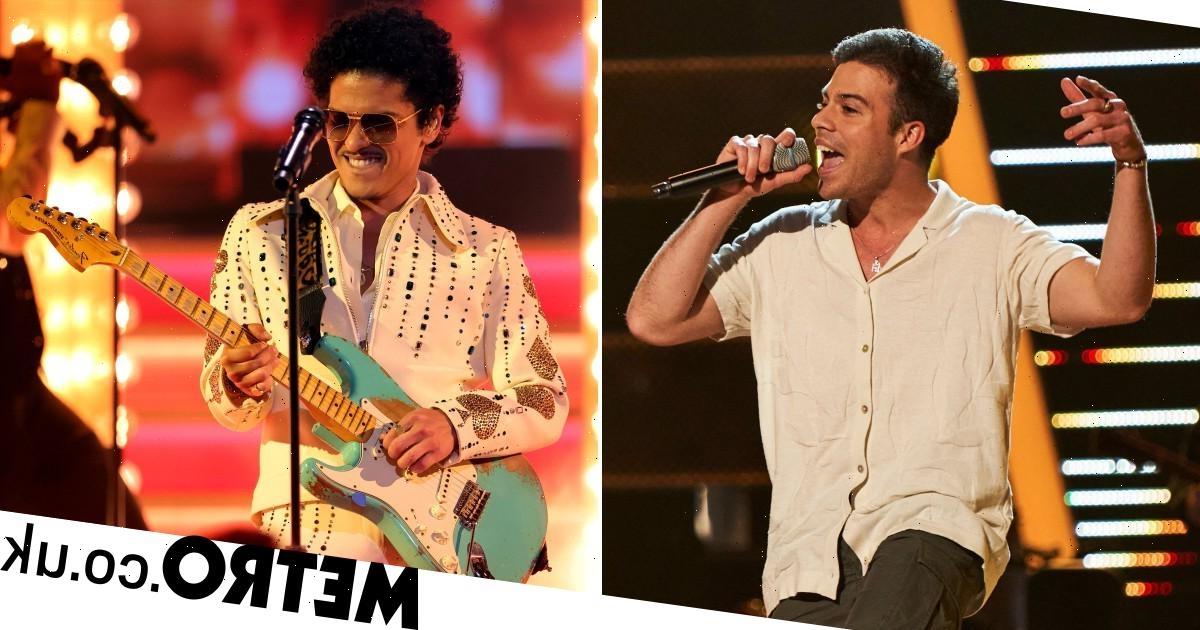 The Voice viewers were blown away by a Bruno Mars impersonator who took to the stage and well and truly left an impression on the judges.

Andres Cruz won over Olly Murs and Sir Tom Jones, who turned their chairs during his performance of Don’t Go Yet by Camila Cabello.

Sir Tom couldn’t speak highly enough of the 24-year-old, telling him afterwards: ‘It sounded authentic. It wasn’t like somebody trying to do it, you were doing it. You meant it. That’s what got me. I loved it.’

Meanwhile, Olly praised Andres’ ‘great energy’ after he managed to get the audience on their feet, dancing.

However, the coaches were stunned when Andres revealed what he does for a living – he’s only part of a Bruno Mars tribute act!

His reason for applying to the ITV singing competition was to ‘be my own artist’ after spending years performing at weddings and in holidays parks, replicating the Grenade hitmaker’s slick moves and impressive vocals.

But, of course, once he revealed that he performs as the Grammy winner for his day job, Olly couldn’t help but ask Andres to give them a taster.

So, he got to work, delighting the audience with a cover of Locked Out of Heaven, sounding pretty much identical to Bruno himself!

Viewers at home couldn’t get enough of Andres, who moved to the UK from the Caribbean when he was 15, with his family.

Taking to Twitter to share their excitement, one wrote: ‘He’s great as Bruno Mars,’ while another asked: ‘Bruno Mars, is that you?’