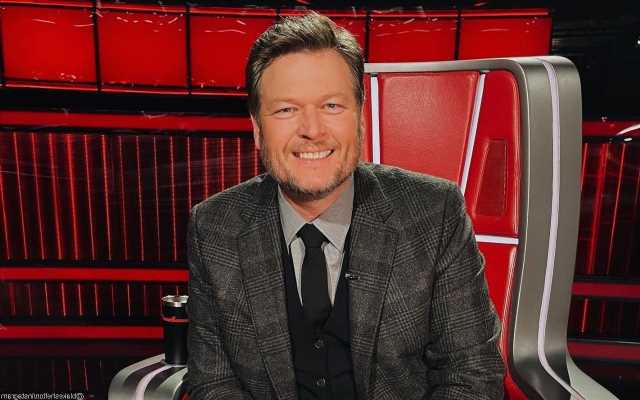 The country singer, who is among the original coach lineup when the show debuted in April 2011, announced on Instagram that he’s set to leave ‘The Voice’ after season 23 on Tuesday, October 11.

AceShowbiz -It was recently revealed that season 23 of “The Voice” will be the last for Blake Shelton. A new report, however, claimed that producers of the long-running NBC singing competition show had been quietly trying to get rid of the country singer and replace him with someone younger.

A source told Radar Online that after they cast Ariana Grande as a coach in season 21, the producers started to rethink the cast. “Current top ten artists like Justin Bieber, Lil Nas X, Billie Eilish, Olivia Rodrigo and The Weeknd, were all hesitant about starring on a competition show before Ariana Grande signed on,” a source shared.

“After a decade on the show, producers are quietly looking to replace Blake with someone younger and more current. Blake is great but he is not in Ariana’s league,” the insider added. A Hollywood agent also told the site, “It is time for a shake-up. The only way the show remains fresh is by constantly evolving.”

Ariana left the show after one season with Camila Cabello joining season 22 to replace her. In Blake’s final season, he will serve as a coach alongside Niall Horan, Chance The Rapper and returning coach Kelly Clarkson. It’s said that the producers are hoping to snag another younger talent to replace Blake once he leaves.

Blake was among the original coach lineup, including Cee-Lo, Adam Levine and Christina Aguilera, when the show debuted in April 2011. The husband of Gwen Stefani, who is among current season’s coaches, announced on Instagram that he’s set to leave “The Voice” after season 23 on Tuesday, October 11.

“I’ve been wrestling with this for a while and I’ve decided that it’s time for me to step away from ‘The Voice’ after season 23,” Blake began his heartfelt message. “This show has changed my life in every way for the better and it will always feel like home to me. It’s been a hell of a ride over these 12 years of chair turns and I want to thank everyone at ‘The Voice’ from NBC, every producer, the writers, musicians, crew and catering people, you are the best.”

Blake additionally praised the performers and the fans of the show. “I have to give a huge shoutout to the singers – the ‘Voices’ who come on this stage season after season and amaze us with their talent and a special thanks to those who chose me to be their coach. Lastly, it’s about y’all, the fans, who watch and support these artists, us coaches and everyone at ‘The Voice’ chasing their dreams. It wouldn’t happen without you!” he wrote.