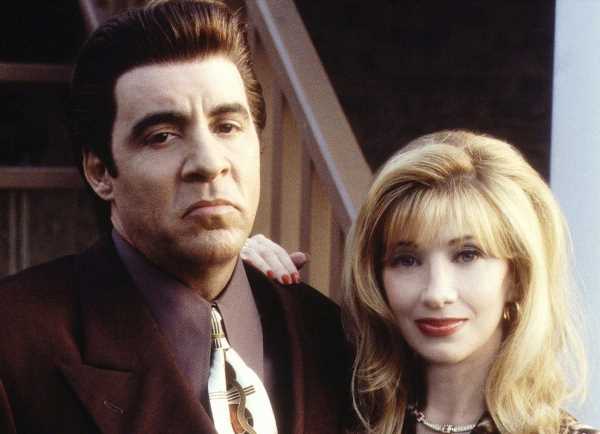 Most actors fought tooth-and-nail to get a part on The Sopranos. Given the type of exposure and pay on the line, you can understand why a recurring role was such a prize. But Maureen Van Zandt didn’t see things that way prior to making her screen debut on The Sopranos.

Van Zandt’s circumstances were highly unique, of course. Her husband Steven had a starring role (Silvio Dante) from the show’s first episode. So when a casting director asked her about auditioning to play Sil’s wife Gabriella, Van Zandt saw drawbacks to reading for the part.

Once Van Zandt decided to audition, she didn’t get any breaks during the casting process. “I remember I got to [casting director] Georgianne Walken’s office and there were a ton of women sitting in the hallway waiting to read,” she recalled on Talking Sopranos.

“They all looked really Italian and I thought, ‘Oh, I’m definitely not getting [the part],’ even though I am Italian. But I thought I didn’t have anything to lose.” After that opening call, the group narrowed to four women, and Van Zandt bested the competition.

The came the hard part: tackling her first scene with Edie Falco (Carmela Soprano), who’d put on an acting clinic in The Sopranos Season 1. “It was a pretty big scene, and I thought, ‘Jesus Christ,’” Van Zandt said on Talking Sopranos. “A lot of it ended up getting cut but it was quite a long scene.”

The scene featured the two characters conferring together in a hospital. “We were talking and gossiping and all that stuff,” Van Zandt recalled. “It was very scary for me.” Falco did her best to calm Van Zandt’s nerves.

With a background as a dancer on stage and an actor in theater settings, working alongside Falco in front of all the cameras was intimidating, to say the least. Overall, it was a heck of a way to break into TV. When Van Zandt spoke to Falco about her lack of experience, the seasoned actor offered some advice.

“She said, ‘Don’t tell anybody,’” Van Zandt recalled on Talking Sopranos. “[Falco] said, ‘Just do it.’ It was great. She really made me feel comfortable and at home. I got through it, it was fun.” Van Zandt would see much more of Falco in her 28 appearances as Gabriella Dante. It never got old.

“It was great to be around Edie,” Van Zandt said. “She’s such an amazing professional. And just to watch the way she worked and how effortless it seemed … it was really something to learn from.”