In their own words, the screenwriters behind “A Quiet Place,” “Widows,” “Mission: Impossible — Fallout” and “If Beale Street Could Talk” explain their approaches.

Gillian Flynn on How to Write a Thrilling Heist 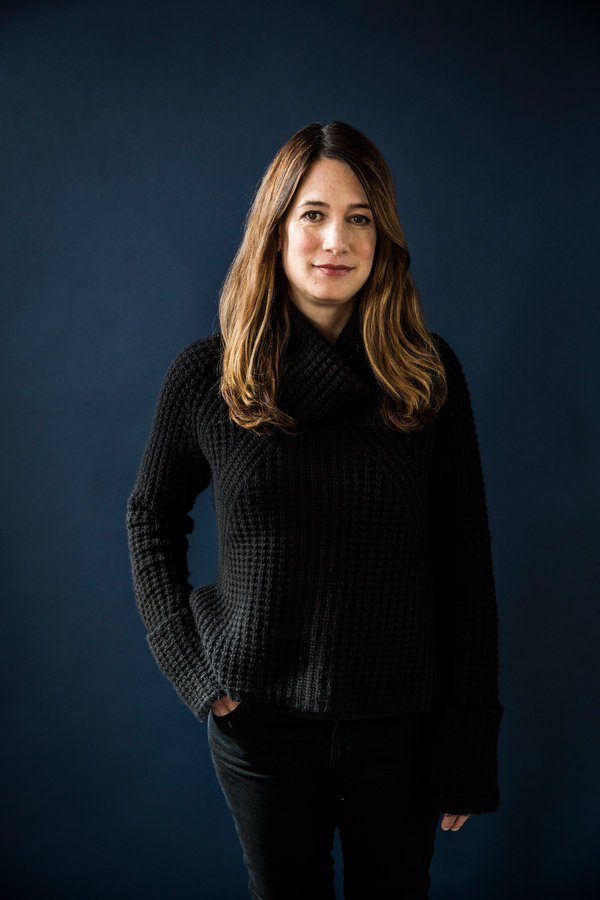 Flynn is an author (“Gone Girl”) and the co-writer, with the director Steve McQueen, of “Widows.” That drama, adapted from a British mini-series, follows women trying to pull of a lucrative robbery.

Something I do in novels, where I’m trying to get to know characters, is I always have a list of questions. And one of them is, What do they do at breakfast time? So I thought it would be great to visit all the widows in the morning. You see Linda [Michelle Rodriguez] opening her store and you realize she’s got money trouble with her husband. Then you see Alice [Elizabeth Debicki] with her husband and you realize that he beats her.

And then with Veronica [Viola Davis], you see the ritual between Harry [Liam Neeson] and her since he’s the leader of the gang. Veronica catches her husband in the shower right before, as it turned out, he’s going to leave for his last, fatal job. She has the flask and says, “Oh, don’t forget,” and pours the shot. And she holds it out to him, but instead she downs it.

You always try to get as much efficiency as you can in your scenes, and I was fond of that scene because it establishes so much. It shows the intimacy between the two and the fondness and a ritual. You realize they’ve been together for a long time. You understand that he’s been doing these jobs forever, that it makes her nervous and he understands that, that they have a teasing nature and a sweetness between them. And then later on the flask becomes a plot point.

Steve and I liked the interweaving — going back and forth between those domestic moments and this complete violence with the heist going bad — to make it as stark and strange and bizarre as possible, so that you are caught off-guard in trying to figure out what’s happening. Steve called it a kiss and a slap and a kiss and a slap, which is a perfect way to put it. (As told to Kathryn Shattuck)

[Read our review of “Widows.”]

Christopher McQuarrie on How to Write High-Stakes Action

McQuarrie is the writer-director of “Mission: Impossible — Fallout,” in which the government operative Ethan Hunt (played by Tom Cruise) barely survives dangerous chases like one involving helicopters in mountainous terrain.

Take a moment to list your three favorite action sequences. It’s likely they all have one thing in common:

Without stakes, without an investment in the characters and their dilemmas, action quickly devolves into spectacle which — I’ve learned the hard way — enthralls an audience for roughly one and a half seconds. The best action sequences are free of exposition, with stakes that are established in advance or, better still, self-evident. They don’t ask an audience to think, to process, to remember. Instead, they keep the audience’s collective subconscious focused entirely on one simple question.

The question is not how will it end? If this mattered, there would be no Ethan Hunt, James Bond, Jason Bourne, John McClane, Indiana Jones, Buster Keaton, Harold Lloyd or Charlie Chaplin. We know they’ll come out on top in the end. We count on it. It is a contract, a sacred pact between filmmaker and audience.

The only question that matters is, how can this possibly end well?

The object and the craft of effective action is to create a scenario that must end well yet seemingly cannot. Use luck, so long as it’s all bad. Use coincidence, so long as it complicates. Make your protagonist vulnerable and your villain impervious. Move the goal post whenever possible and remember the most important element of all:

They are rooting for you. They’ve come to enjoy your movie. They want to be tortured, but never, ever punished. And they are always smarter than you. They’ve seen it all before. They’ll turn on you the instant you take them for granted. Treat them with respect and remember you work for them.

Then grab them by the throat, and never let go.

John Krasinski on How to Write Family Horror

Krasinski is the director and co-writer, with Bryan Woods and Scott Beck, of “A Quiet Place.” In the drama, he and his wife, Emily Blunt, star as parents trying to keep their children, including a deaf daughter, safe from creatures that attack based on sound.

If you told me years ago that I would one day make a horror movie, I’d tell you you were crazy. I couldn’t even watch one, let alone make one. But then a spec script came my way and the one-liner was perfect. It was about a family that couldn’t speak and you had to figure out why.

At the time, Emily and I had just had our second daughter. So I was actually holding a 3-week-old baby as I read it. And that’s when it hit me, if I could rewrite this script, I could use this clever device to actually make a movie that wasn’t straight horror. It would be a family drama, Trojan horsed as a horror movie. It would be my best metaphor for parenthood.

So from the opening sequence to the final frame, I focused on making every single moment, every detail relate back to the family. For instance, a sand path was not only a smart way to dampen the sound of footsteps, but from a wide shot on top of a silo it would be a visual representation of the father’s relentless dedication to his family. Making a hearing aid the secret weapon was not just the solution to kill the creatures, it was the device that allowed the daughter to realize she was not at all the black sheep of the family, but rather the hero of the story. What she thought was her biggest weakness became her greatest strength.

This is a movie about family and about what you would really do to protect them. In writing this movie, it became the most personal experience of my career. Because as crazy it sounds, I wrote this movie to be a love letter to my kids.

[Read our review of “A Quiet Place.”]

Barry Jenkins on How to Adapt James Baldwin

Jenkins based “If Beale Street Could Talk” on James Baldwin’s 1974 novel of the same name, about a young black man who is falsely accused of rape, and the family that rallies to prove his innocence.

I wanted to make a movie that felt the way it feels to read James Baldwin.

To me it’s the evocative nature [of it]. I think what he did so well was his prose reflected the way our consciousness operates. Stories are so A to B to C to D, cause and effect, but I think our thought patterns do not align with that, and when you read James Baldwin, he’s not adhering to the restrictions of story format. Instead he’s sort of reflecting what it feels like to think and experience emotions.

To me, there was no version of the film that didn’t have Baldwin’s voice in it, as spoken through Tish. [But] there were quite a few times where we had voice-over initially and then realized the imagery is saying everything that the narration is saying, and so of course we don’t need the narration. I would always much rather have the actors embody the thing that’s being said and the interior voice.

[Read our review of “If Beale Street Could Talk.”]