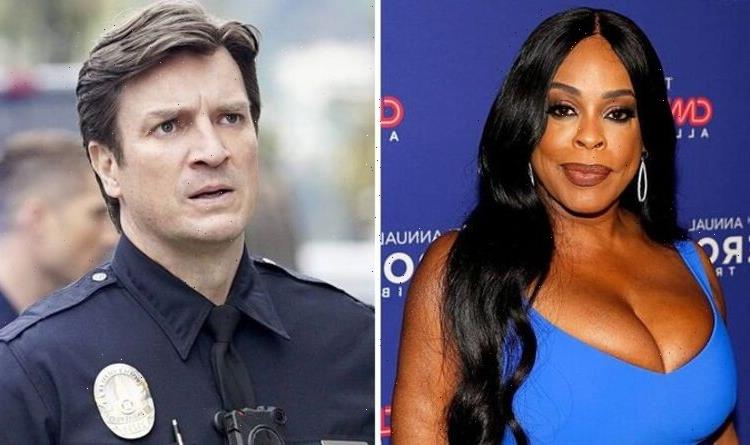 The Rookie tells the story of Officer John Nolan, a 40-year-old man who moved away from his small town to pursue his dream of joining the police. When he joined the LAPD, John became the oldest copper on the force which caused issues for him, especially in the beginning. As the ABC crime series continues though, John is slowly but surely adapting to this new fast-paced way of life.

WARNING: This article contains spoilers from The Rookie.

The Rookie was last seen on Sunday, January 30, for episode 13 entitled Fight or Flight.

Officer Nolan and Officer Lucy Chen (played by Melissa O’Neil) were given the mission of fulfilling three quests in order to retrieve a stolen police helicopter back from a teenage thief.

Meanwhile, Officer Nyla Harper (Mekia Cox) and Officer Aaron Thornson (Tru Valentino) were tasked with guarding a convicted cop killer at a hospital after a riot.

So it was all kicking off for the team but a new face will soon be welcomed.

Emmy-nominated actress Niecy Nash is going to guest star in an upcoming two-episode arc as Simone Clark who is the oldest rookie at the FBI Academy.

According to Entertainment Weekly, ABC has announced a potential spin-off starring actress Nash as Simone Clark could be on its way.

So her two-episode guest appearance in The Rookie would act as a backdoor pilot to her own show.

The untitled spin-off would exist in the same universe as the original crime drama so characters could flit between seasons from time to time.

It hasn’t yet been revealed which upcoming episodes Nash will feature in.

But when she does, it is because the LAPD enlists the help of the FBI trainee.

One of her former pupils will be suspected of terrorism after an explosion at a power station and hope she could help figure out if they did do it and if so, where they are.

She said in a statement: “I’m so excited to guest star on The Rookie and bring Simone Clark to life!

“She is a spirited and spicy fish out of water. The cast is amazing and I can’t wait to play!”

Nash recently finished working on the fourth and final series of TNT’s Claws.

She has also been in When They See Us, Mrs America, Never Have I Ever and Reno 911!.

Express.co.uk will update this article once more details regarding the spin-off are announced.

In the meantime, fans are going to have to wait a little longer for the return of The Rookie.

As with various seasons on ABC and other networks like CBS and NBC, the crime show has been delayed.

The Rookie season 4 continues on Sunday, February 27, on ABC in America. A UK release date hasn’t been announced.